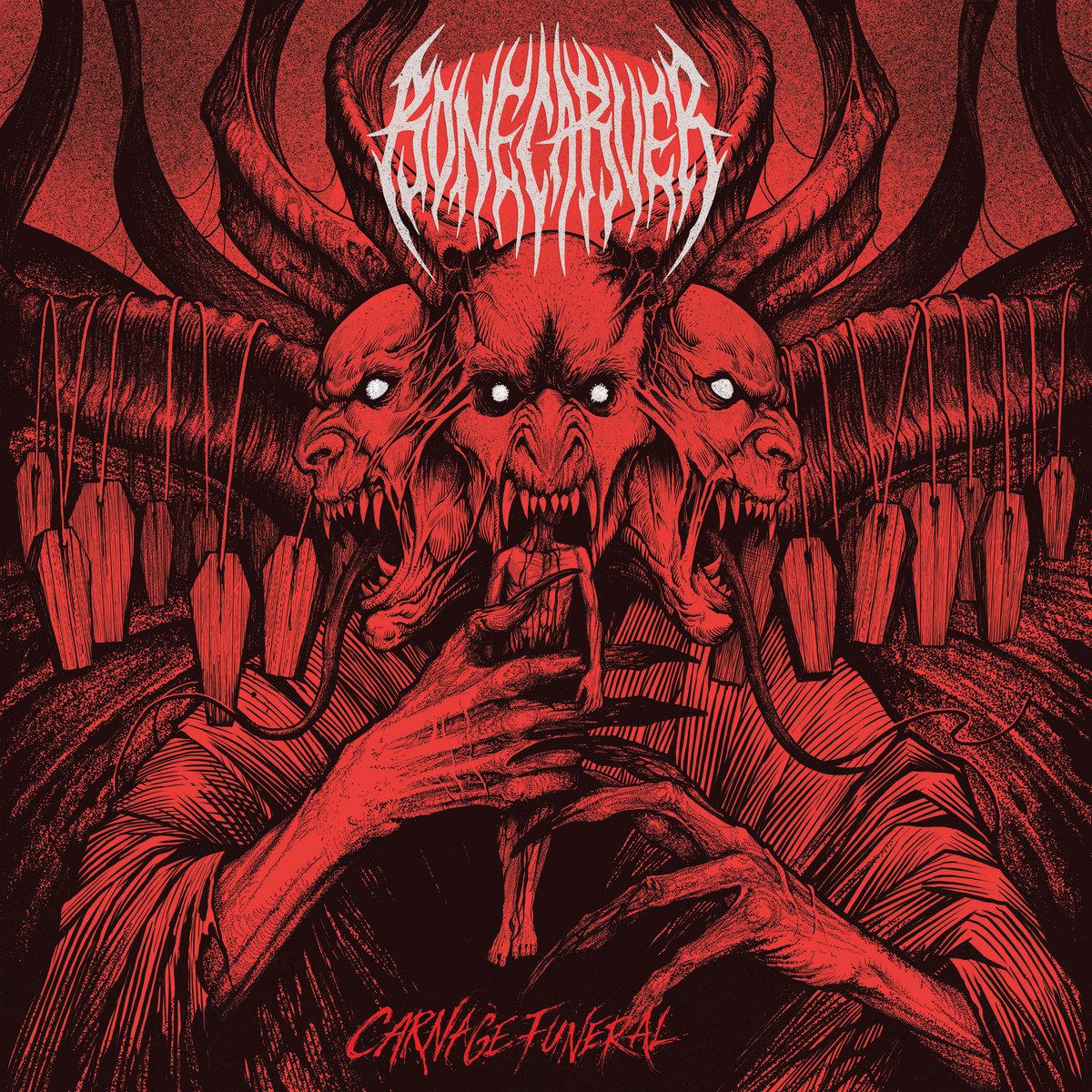 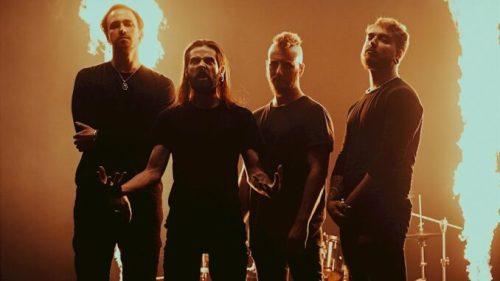 As deathcore continues to push the limits the genre veers into the more and more obnoxious territory. It seems in the constant competition between bands on who can play fastest, who can growl deepest, and who can make the most animal noises; things like melody and songwriting get forgotten. Thankfully Bonecarver leaves some breathing room for melody and groovy rhythms.  Consequently leaving just a little space actually makes the music heavier than merely cranking everything to eleven.

Other bands on the cutting edge of deathcore have pushed the guitars to such accelerated speeds that the guitar players are left with no recourse except to utilize the most efficient picking techniques. With this speed and efficiency, there’s no room or time to make odd melodic choices. Instead, the player must play the next note in the succession of the arpeggio for efficiency’s sake. The result is the band’s guitars aren’t the melodic drivers anymore and riffs bleed into one another as they are all captive to economy. To compensate deathcore bands are using the symphonic elements to carry the melody so that the band is free to demonstrate the extremity of their prowess. I’m looking at you, Lorna Shore.

With their latest album ‘Carnage Funeral’, Bonecarver has found the sweet spot between demonstrating their ability to reach the limits of extremity while also giving the songs’ arrangements room to inhale. Deep growls illicit lip curling head-banging over guitars that transition between technical passages to simple but effectively heavy grooves. The symphony adds an epic feel without being the lone vehicle for melody. In fact, the symphony does not play constantly throughout. Thanks to this care in arranging the songs the guitars can stand on their own. The songs don’t have to wait for “the breakdown” to use silence and thus make the sub drops actually heavier than the rest of the song. Every part is heavy as it should be. Other deathcore bands should look less at what feats their peers are doing and instead at what choices Bonecarver are making. 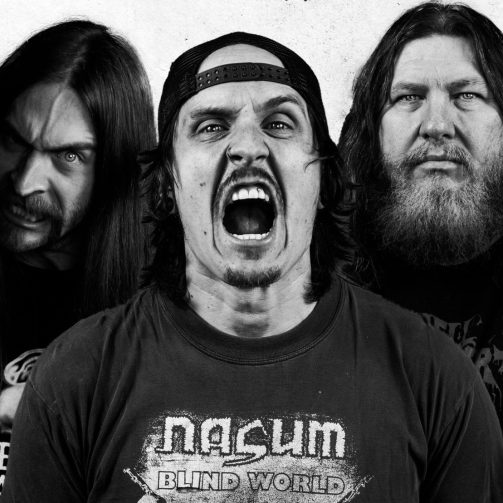