I discovered John Petrucci (JP) in 2001 on the G3 tour, playing with Portnoy and LaRue, no less. Fast forward two decades, and the magic was recreated ten-fold. No longer limited to the opening slot, JP enthralled the crowd with an extended set comprised of his two solo outings. No Dream Theater material (although I was hoping for a venture into “Dance of Eternity”); this was all about JP and his fans. Quickly setting the tone with “Terminal Velocity,” it was clear that, yes, this was a performance from an absolute master, but more importantly, this was a guy and his guitar just having a good ole time.

Songs such as “Gemini” and “Temple of Circadia” were presented in impeccable fashion, each band member with a bit of playful “one-up-manship.” “Damage Control” (my personal fave) took on a particularly majestic air, the crowd fully engaged. It’s impossible to choose a highlight. Three musical icons, impossible virtuosity, and gray-bearded men (and kids) playing air guitar. What’s not to love?

JP isn’t known for being the most flamboyant player, preferring to let his music speak instead…and boy, did it. Portnoy, however, was a complete goofball. Hamming it up and playing like an ultra-skilled madman, his performance rivaled JP’s on more than a few occasions. LaRue’s bass playing was dead on perfect. Steady rolling with seasoned flare, he demonstrated why he is revered as one of the best in the game.

Ending the evening with “Glasgow Kiss” (with a bit of Lynyrd Skynyrd thrown in), JP connected mightily with the audience. In its recorded version, this song provides a feeling of joy and positivity. In the live setting…let’s just say many smiles were shared this night.

It was a show I had waited literally twenty years for…and it did not disappoint. Thanks, JP. Next time, don’t keep us waiting so long. 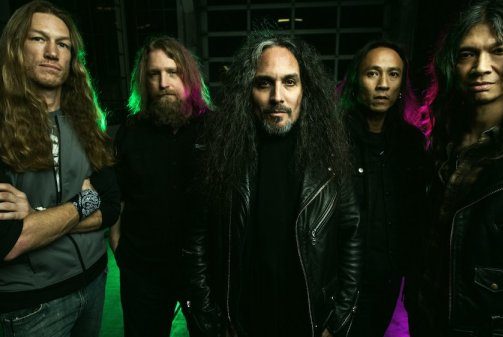