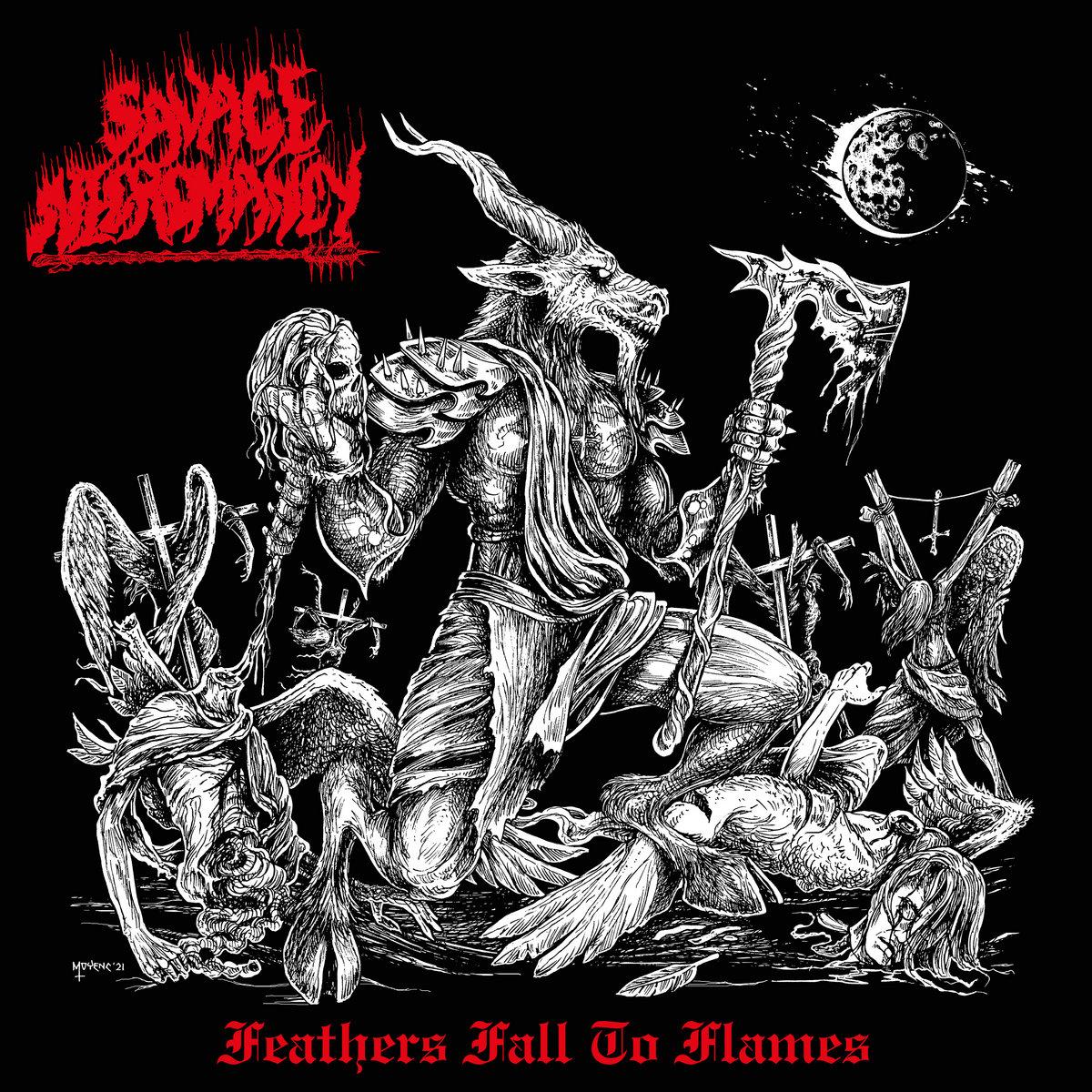 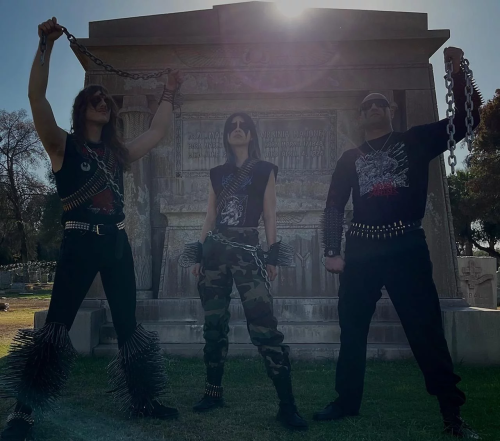 There are certain expectations around black/death metal. It’s going to be raw; it’s going to wriggling, crude and overly dripping in themes of war and destruction. One band who have thrown their hat in the ring with this sound are Savage Necromancy who have delivered their debut studio album ‘Feather Fall to Flames’.

What the listener gets here is an album pure, visceral, and raw black/death metal with a majorly thrashing undercurrent that means Savage Necromancy can bring in fans from beyond their usual remit. Sure, tracks such as ‘Baptised in the Cum of the Goat’, ‘Gibbous Moon of the Horned God’ and ‘Unholy Banner of the Black Tower’ batter forth with all the power of not only Archgoat, Blood Chalice and Conqueror, but the thrash side brings out a first wave of black metal sound that would drag in any fan of Hellhammer as well as old Kreator and Sodom. Furthermore, alongside the usual tremolo picking and aggressive rhythms, the vocals of Diabolical Fuckwitch of the Black Flame are so guttural they come with their own rotting carcass of a small mammal.

There is everything that could be expected here all packaged up and delivered like a spiked fist inside a velvet glove and at 10 tracks clocking in at just over 27 minutes, this is pure unadulterated black/death done right and for a debut release, it certainly puts a solid foundation stone for Savage Necromancy to build from.

"a solid foundation stone for Savage Necromancy to build from"
80 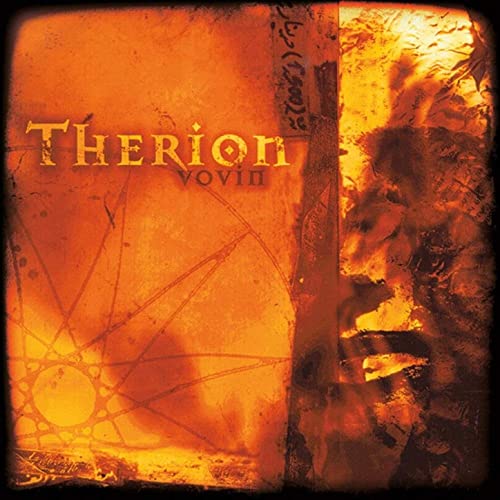