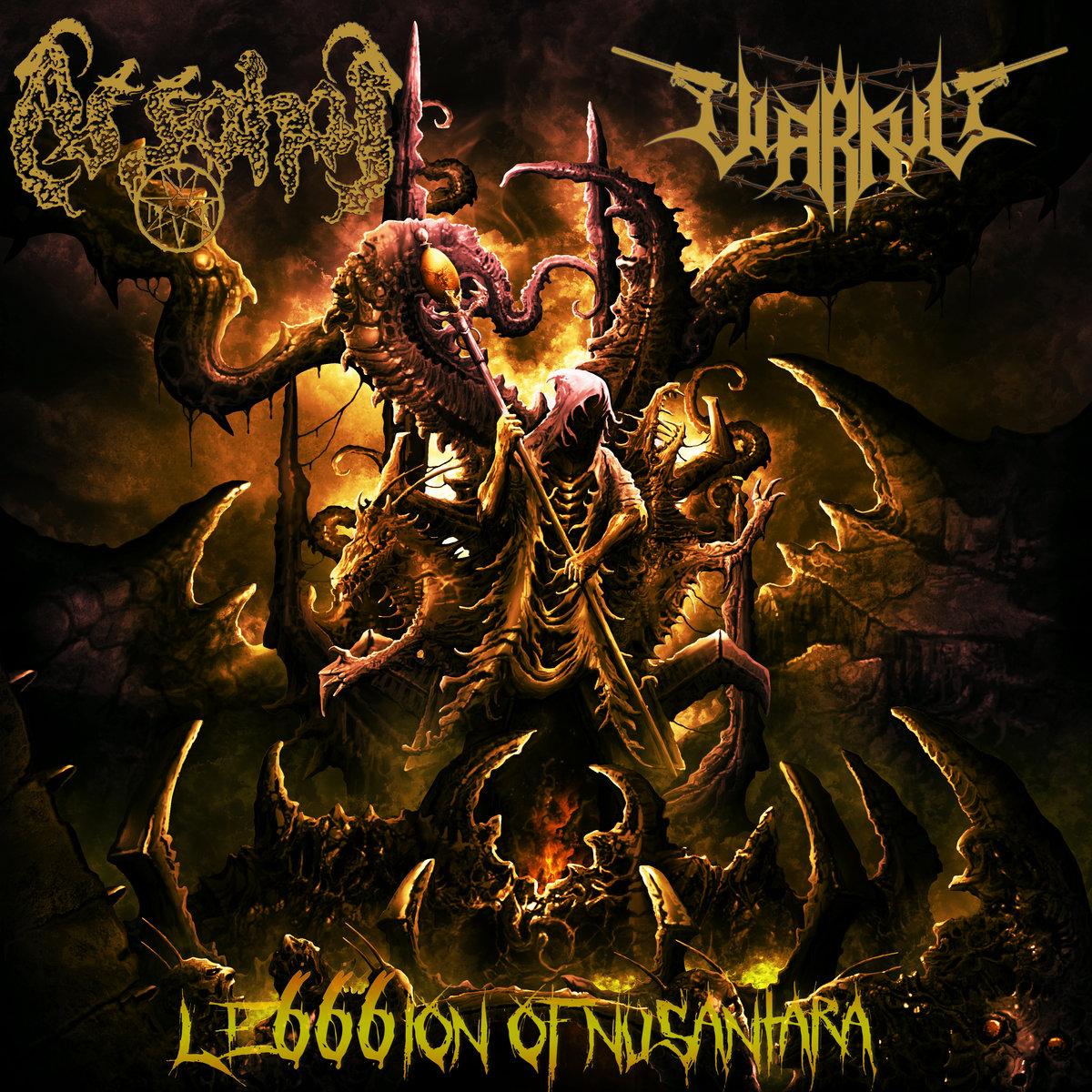 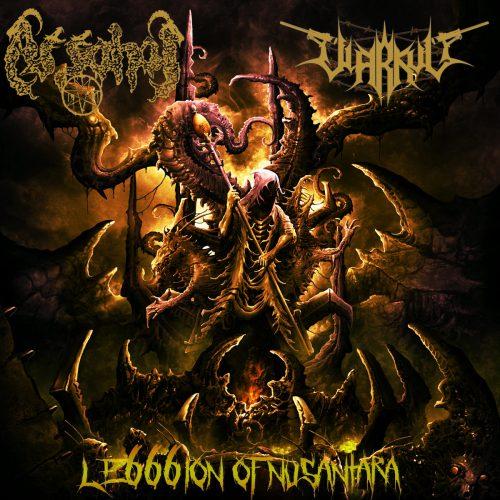 The act of bringing forth an idea, to extract it from the womb of creativity from which it dwells, and onto to it bestow a physical form for it to inhabit, in my opinion, is alchemic sensation for it is like holding the dust of the earth and from it fashioning an obelisk , but at the same time if one’s conscious is not honest to where the ichor flows, then the act is that of just moving dirt, nothing more. But how can art be expressed where it is forged by two souls? Two streams of different consciousness converging into one singular entity, where the energies fuse together  in order to give life to a piece organic yet potent in its aura.

“Le666ion of Nusantara” , a split by As Sahar and Warkvlt can be likened to where the spirit of Black Metal is honed, and from its obsidian soil, the hands of each band shapes the clay to to a cohesive image, for the art that is manifested feels naught as though it was mindlessly constructed. The beauty in which this split offers can be discovered within its attramental properties, for the very motion in which these sounds adopt never feels stagnant, in other words, there is a certain fluidity to the bleeding of these atmospheres,like that of a ceremonial offering, where the chants escapes the lips of he who speaks such archaic words, where each verse holds a certain power, and like a symphony, a rhapsodical element is bred from these melodies where it cloaks the listener in an ecstatic aura.

Tracks such as “Rawarontek” by As Sahar and “Hellstorm Comradership” by Warkvlt demonstrates the architecture of this musical ritualistic beast, for the composition employed by As Sahar adopts a spell like energy to its playing, where the unification of the strings and percussions, within their candor releases a erratic aura as though an invocation is being spin from a blackened tongue. However, if As Sahar represented the chaos that fuels the flames to lick the pyre and from its incendienry entrails giving form to an unnamed serpentine entity, then Warkvlt would become that which is formed from the eternal flame. In other words, the cacophony of notes that are dispelled feels feral and ravenous in its execution as though it is but a medium to communicate forth this visceral sensation of that which wishes to become unbound and free.

A split shouldn’t just become the canvas in which to showcase the prowess of the minds, instead it should be a symbiosis of two entities, where the motions  that are expelled from the sounds weave into each creating tapestry of dissonance so that the listener can trace each subtly distinction, it should become a medium that can be ingested and from its essence absorb you into its atmosphere.”Le666ion of Nusantara” can be viewed as the forging of the stygian weapon through verses spoken in different tongues. 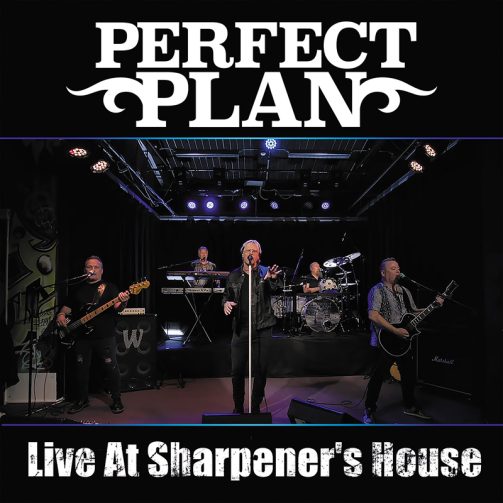