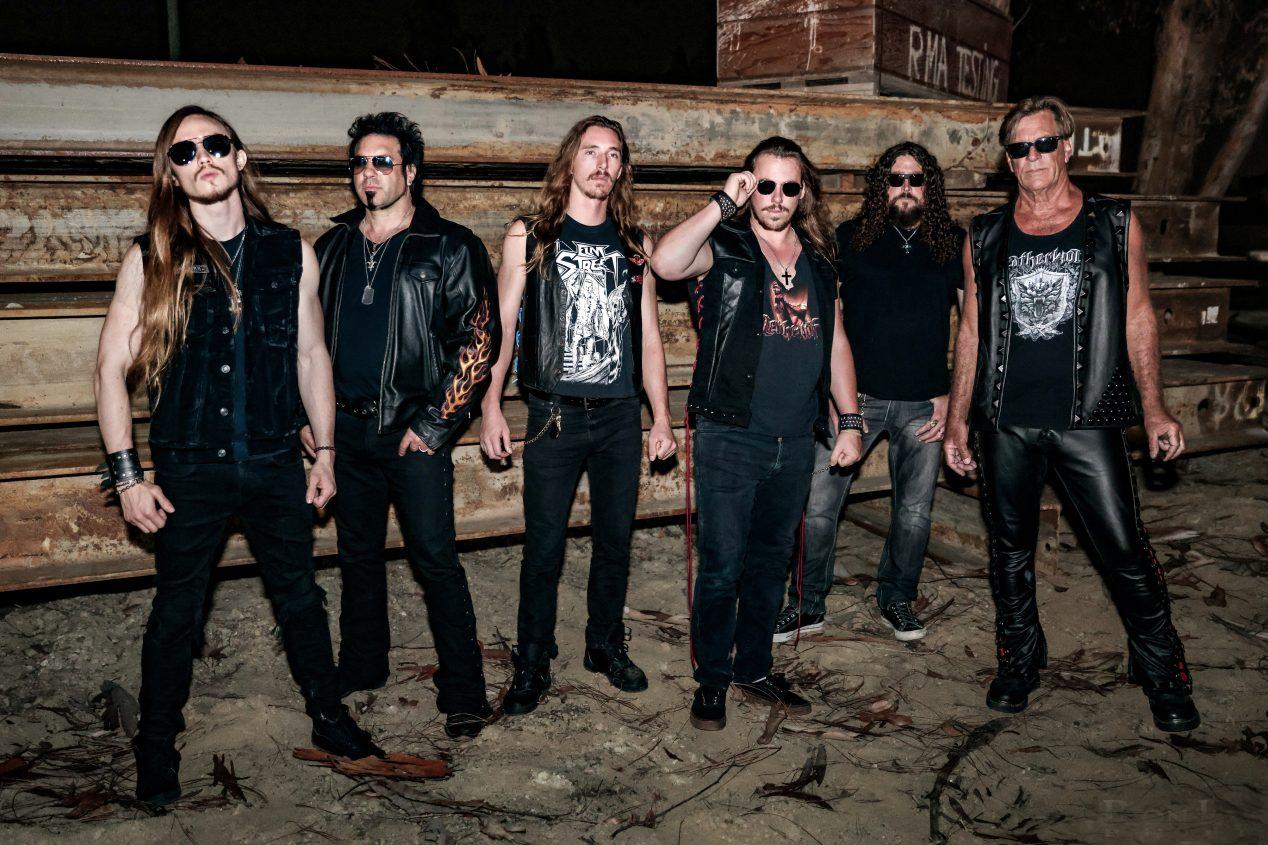 Leatherwolf: Coffee and cigars for breakfast

Formed way back in 1981, these remarkable California lads have weathered line-up changes, break-ups, and various music trends. What’s clear is this veteran band still has enough fire in their belly to produce yet another killer album, ‘Kill the Hunted.’ In other words, ain’t done yet. We had a chance to ask a few questions.

1. Greetings from Colorado and Metal Digest. Thank you for taking the time to speak with us. I know you are super busy these days. First thing first…how are you and what was for breakfast today?

Dean: I’m doing Ok – thanks for asking.  I just had my final surgery after breaking my wrist last summer.  That was an expensive injury – cost us 6 grand because we already had our flights booked to go play in Europe and couldn’t get a refund.  Ouch!  Hopefully physical therapy will take care of the rest and I’ll be as good as new in 2023.

I don’t eat breakfast but my morning ritual includes a cup of coffee and a cigar!

2. ‘Kill the Hunted’ is slated for release on November 11th. I’ve heard “The Henchman” and  “Hit the Dirt.” and I absolutely look forward to the rest.  What else can we expect? More songs like this? Any surprises?

Great to hear you’re digging the tunes. I’d say ‘The Henchman’ is a pretty unique song on the album.  It’s actually a song that goes back to the early Leatherwolf days and could’ve been on our first album but we never finished at the time.  There are a couple of other tuned along the lines of ‘Hit the Dirt’ but I’d like to think that every song on the album is different.  What I can say is – it’s all balls out, pure heavy metal.

3. “The Henchman” is every bit as good as anything out there…perhaps a few steps above. Multi-layered, almost 7 minutes. Not the usual fare. Think this will break things open for you? Maybe put you guys in a proper standing?

Thanks for the compliment! Definitely not the usual fare but probably not the song that’s gonna break things open for us. It’s a bit too long and involved for that. But something a lot of older Leatherwolf fans who dug our debut EP/LP should appreciate. ’Only the Wicked’ in particular and  ’Kill the Hunted’, the title track for which we just released a video, seem the more likely candidates to reach a wider audience. They’re a bit more straight ahead and have strong choruses.

4. What song on the new album is gonna drop jaws. As in, “Wow! Didn’t see that coming!”  Which song are you most proud of?

It changes all the time. ’Kill the Hunted’ is special to me because I wrote it on guitar about 15 years ago and then started to write the lyrics in 2018 while I was dealing with a festering situation involving our old singer.  That ended in a pretty ugly divorce.  The less said, the better.  But, we’ve got a great new singer in Keith Adamiak now so it’s all good. As for a, “Wow! Didn’t see that coming!” moment on the album – I couldn’t tell you because everybody reacts differently to different songs.

Hopefully after listening to ’Kill the Hunted’ people will go, ”Wow! Didn’t expect these guys to still kick this much ass!”

5. Vocalist Keith Adamiak has been with the band for a couple of years now. What does he bring to the band? Obviously, his vocal approach is different from the previous vocalists, by design I assume. How did he join the fold?

After we parted ways with our old singer I called an engineer friend of mine named Jake and asked him if he knew of any good singers.  He mentioned two guys and one of them was Keith .  So I got in touch with him and he came over the very next day to put down a vocal for ‘Only the Wicked’.  Rob (Math) and I were pretty impressed. This dude definitely had some pipes!  Pretty much after that Keith was in and started getting involved in the creative process. He is the main lyricist on the album and came up with some cool stuff.  And he’s a damn good singer – a lot of range and power.  And he’s got some grit in his voice which I think suits the material on ’Kill the Hunted’ and the heavier overall direction.

6. Three guitars! (Triple Axe Attack). You guys were the first to do that? Metal or hard rock anyway. How does this arrangement transition from the studio to the stage? Any advantages or disadvantages to having three guitarists?

I think we were the first metal band to utilize the 3-guitar concept but there were other bands before us – Lynyrd Skynyrd and April Wine, for example.  But, we took it to another, more intricate level. Writing and arranging the guitar parts especially the harmonies is very detailed work and time consuming.  In a live setting it’s all about being precise and the guitar players being in sync with each other – otherwise it’s gonna be a train wreck. As for advantages – three guitars certainly make for a fuller sound. It’s also nice to have Wayne Findlay as the third axe because he’s a double threat who also plays keyboards. So he adds some cool textures we didn’t have live before.

7. Drummer question. How has your style evolved over the years? As with anything, there is always more going on than one realizes.  Anything you wanna share about drumming that people probably aren’t aware of? What is your favorite drummer joke?

As I’ve gotten older I’ve just gotten a lot more confident in how I play, and I truly just try to play from my heart – what I feel for each song that I’m working on. I’ve noticed that as I’m getting older it’s getting easier for me to come up with parts and I feel that I play much more solid.  I gotta disappoint you regarding drummer jokes – I don’t have any.

8. Any plans for touring? Where? When? If you swing through Denver, hit me up. Beer is on me.

Ha, thanks for the free brews!  We’ve come through Colorado before and our now ex-bass player Paul (Carman) lives out there.  We want to tour as much as possible to promote ‘Kill the Hunted’, of course, but with gas prices being what they are and inflation hitting it’s getting harder and more cost prohibitive for smaller bands like us.  Therefore it’s probably more realistic that we’ll be doing one-offs here and there around the U.S. . There is a better chance of a European tour sometime next year because there’s always been more of a demand for Leatherwolf over there.

9. Maybe not right now, but WHEN you have free time, what do you like to do, aside from music?  Any oddball hobbies or collections that keep you occupied?

I play water polo on an age group bracket nationally. We get to play in tournaments all over the United States against some really, really good players – older Olympians and national team players – and that’s been really fun for me.  I also like to swim and ride street bikes to stay in shape where I go on like 40 mile rides.

10. Aside from anything music related, what has been the most inspiring event you’ve been a part of?

The birth of my son was really life changing.  It affected me deeply.  It made me grow up and made me look at part of my history and how to become a better man. Also, when I met my wife, Vicky, and everything that we went through and all the stuff that we’ve worked on together was very, very fulfilling for me. Plus, it’s really nice to have somebody that supports your musical dreams.

11. Thank you again for your time…we wish you great success. Any parting words for our readers?

Thanks for the interview.  I hope your readers will check out ‘ill the Hunted’ whether they know us from the past or are completely new to Leatherwolf.  You won’t be disappointed if you’re into classic heavy metal! 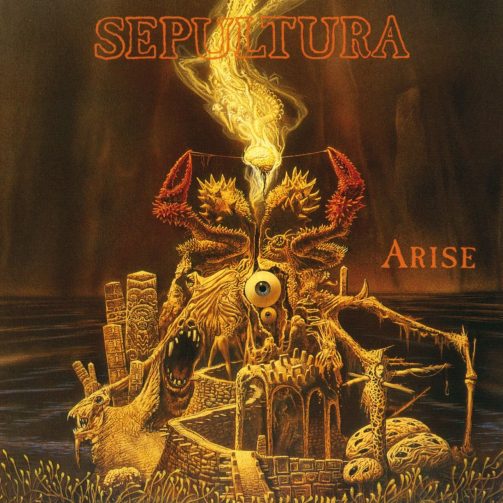