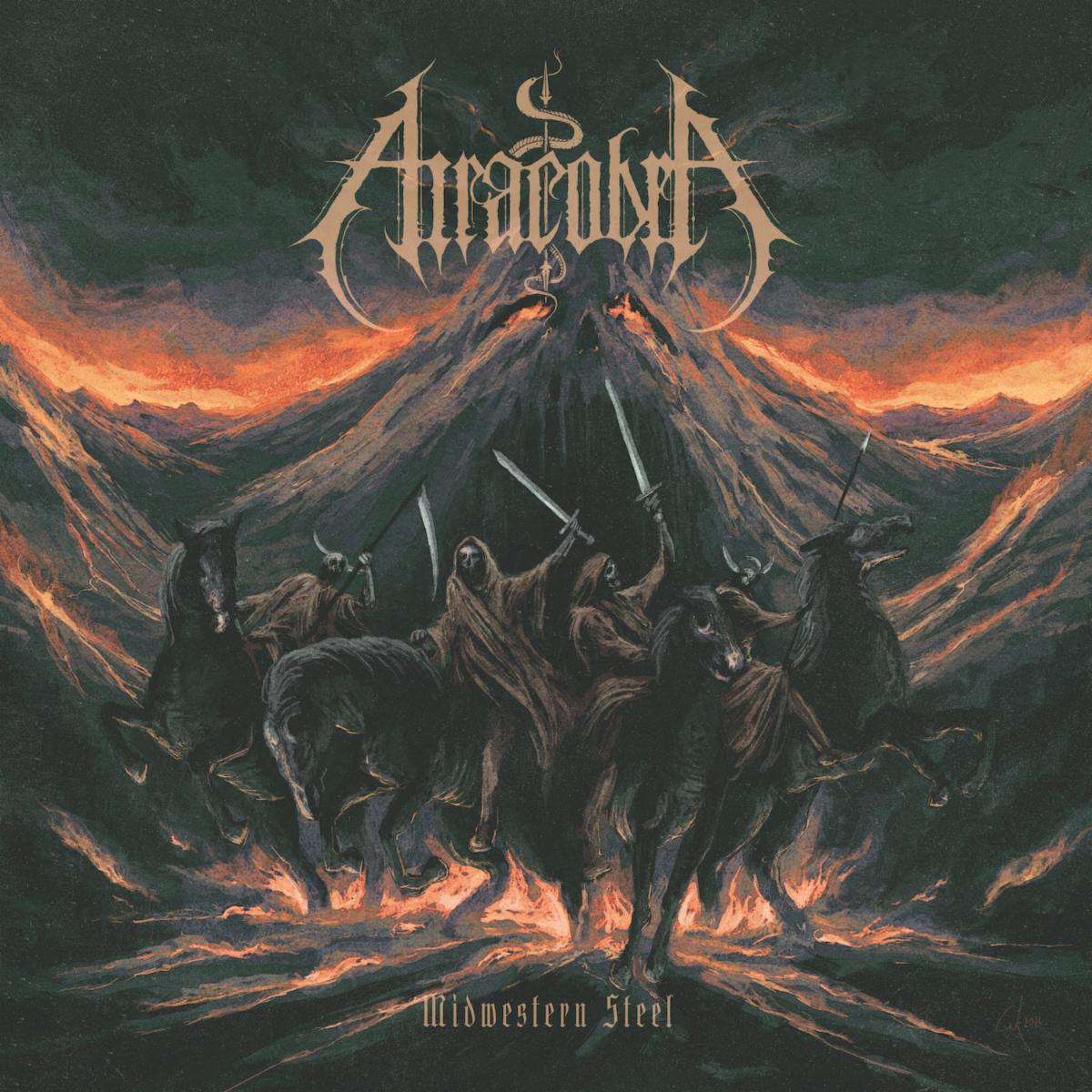 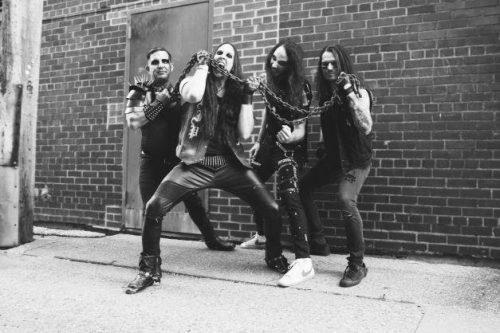 Aviation and heavy metal have gone hand in hand since time immemorable with Spitfires and Messerschmitts colouring the skies with their dogfights and in 2011, the Airacobra found its way into this rich tapestry. As a band Airacobra may have been dipping their toe in and out of the water since their 2011 but this year has the Illinois band taking the plunge with their debut album ‘Midwestern Steel’.

Clocking in at 34 minutes, ‘Midwestern Steel’ wastes no time pissing about, this is an all-out assault from its very off. This is an album whose mantra is shock and awe, blitzkrieg, lightning war. Yet, ‘Midwestern Steel’ is not a release which sits religiously in the trad metal remit like many would think. Yes, of course there is plenty of worship of Judas Priest and Manilla Road here, but this is an album which also paints itself with warpaint and goes in hard with a blackened edge that would easily bring in fans of Bewitcher, 3 Inches of Blood and even Children of Bodom as tracks such as ‘Wrath of the Wraith’, ‘Master of the Blade’ and ‘Wolves of Sabbat’ show that this band know how to craft a song nigh on perfectly, nodding to their idols whilst creating their own identity.

This is a great offering from the heavy metal underground, if you’re a fan of trad metal that is capable of taming the more extreme sides to metal, then ‘Midwestern Steel’ is a superb album to get your teeth into. The air raid siren is blaring, it’s time to scramble the fighters! Go! Go and seek out ‘Midwestern Steel’!

"This is a great offering from the heavy metal underground"
90 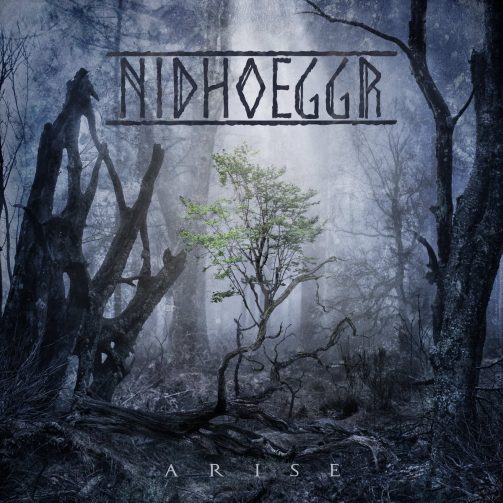