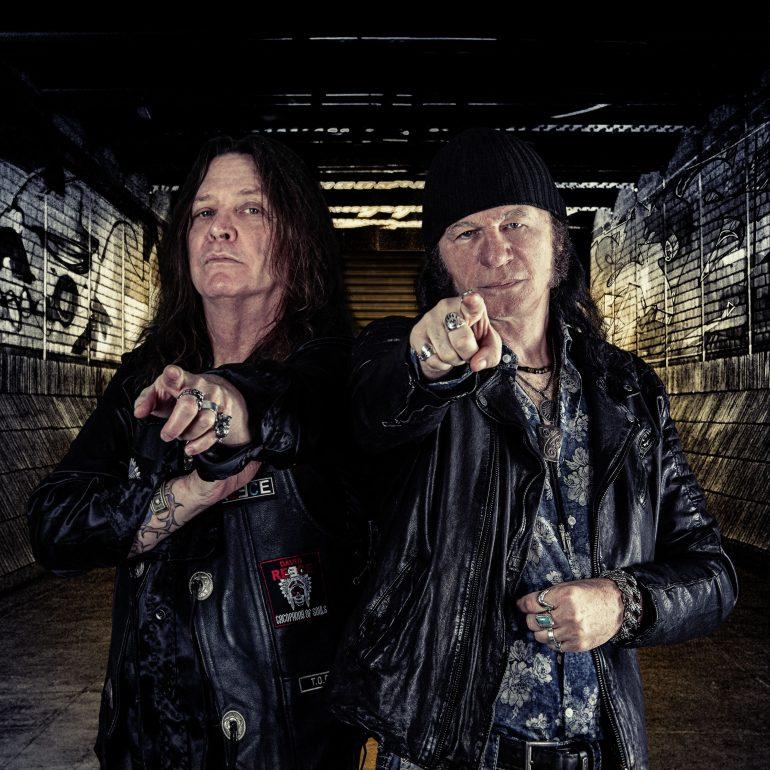 Former ACCEPT members, iconic Herman Frank and David Reece joined forces to bring IRON ALLIES to life. The band is currently gearing up for the release of their upcoming debut, ‘Blood In Blood Out’ on October 21st via AFM Records. Metal Digest had a chat with David about all things music, life and everything in between.

-Exciting times, “Blood In Blood Out” will be released in a few weeks. What in your eyes, shall make this album stand out?

Greetings and thanks for the opportunity to share my thoughts on Iron Allies and our album Blood in blood out. I think it stands out because it is real and shows our influence musically and has those Herman Frank crunching riffs and for me I feel the vocals and melodies are really strong along with a great rhythm section of Francesco Jovino on drums, Malte Frederik Burkert on bass and Mike Pesin on rhythm and lead guitar.

-How is this album different from yours and Herman’s work?

We set out, in the beginning, to see if we could gel musically and after I heard the music on the first two tracks and started writing lyrics and recording the vocals I realized something special was happening. The difference is we knew there was no point in doing a Frank or Reece solo album so we talked about our influences and decided we wanted to kind of mesh all of those together with our own styles and it’s cool because it to me it doesn’t sound like Victory or Reece it has its own vibe.

– Does the title “former accept member” bothers you?

No not at all because we’re former members and we’re both very proud of our tenure with Accept it opened a lot of doors for the two of us.

– Do you feel that it takes away from your other achievements as a musician?

Not really, without my beginning in the industry with Accept probably nobody would have ever heard of me. I am grateful for the experience.

– Both you and Herman share an unswerving passion for music. How do you stay motivated in such a harsh industry?

We both don’t let it get to us and try to stay focused. Yes, it’s trying times in the music industry but if you quit how will you ever get anywhere? I refuse to surrender to all the negative things going on and put my energy into working every day on my voice and writing songs.

– Were there times that you felt like quitting, and if so, what kept you going?

There was a period after Bangalore Choir when grunge came around where I stepped back for a few years but honestly I was lost not writing, singing and performing. So I jumped back in head first and am glad I did because it’s who I am.

-‘Blood In Blood Out’ is the motto of Iron Allies. How do you interpret that?

I watched a documentary on gang life in the prison system and the term Blood in blood out is used a lot it felt the same about music to me and the rock-n-roll lifestyle.

You are in it for life if you’re committed.

– With drummer Francesco Jovino, bassist Malte Burkert and rhythm guitarist Mike Pesin, you have gathered like-minded forces around you. What are the essential elements that you are looking for in a musician that you are working so closely with?

Rocknroll bands are weird animals, it’s vital you find like-minded people not only talented but are road worn and understand the dynamics of a real group and are willing to give all of themselves. Herman and I are the band leaders so to speak but you’ve also got to be willing and open-minded with those you work with.

Everyone is entitled to their opinions and input otherwise it’s kind of like being a solo act.

My focus is putting Iron Allies out on tour because to me it is rather pointless to make a great record and sit on your ass doing nothing. So to answer your question this is something we plan to spend our energy on and write more records together. I really think we’ve tapped into something here and actually, we have new ideas for the next album in the works.

– What are you focusing on right now?

Promoting Iron Allies, staying healthy, working on touring and feeling very blessed for such a great response to this album and group. 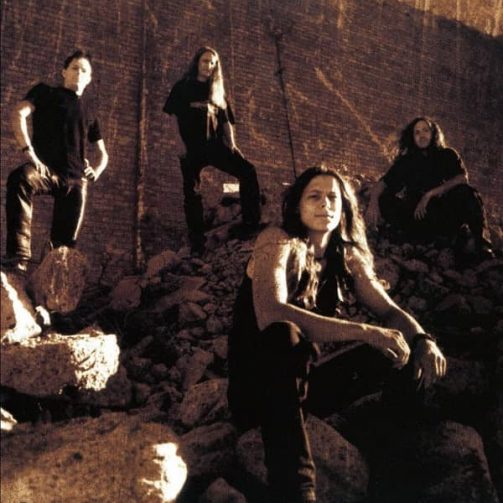 Iniquity – ‘Five Across the Eyes’