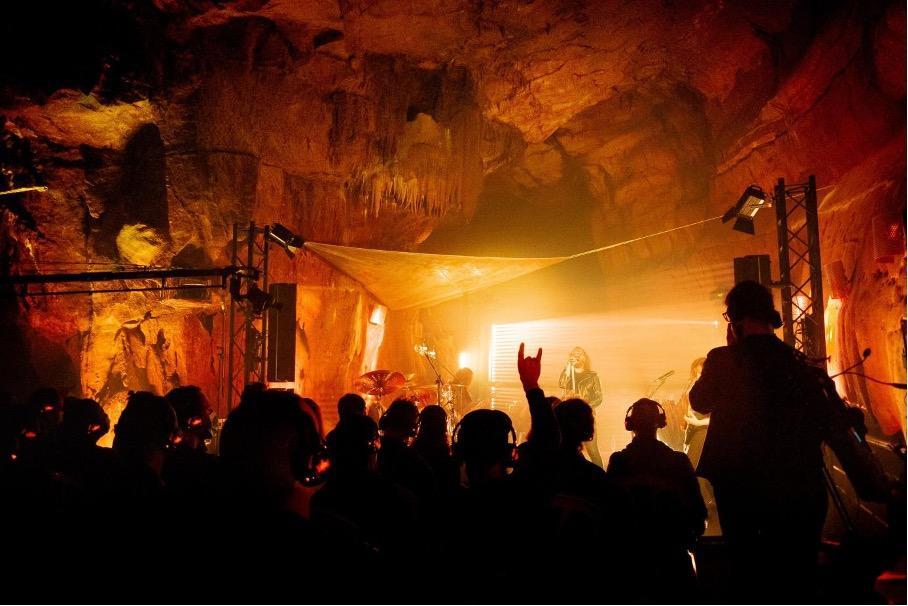 Metallica played Antarctica and you all have now played deep in a cave. Were you trying to innovate and break new ground with this concert or was the idea more personal?

I am not going to reinvent the wheel, but I do have a soft spot for innovation and adventure. That started by reading books about expeditions to North Pole, Africa and Asia and it translated into music and seeing musicians pushing their borders. The show that most inspired me wasn’t Metallica but Shining’s live at TrollTunga, a cliff in Norway. When the pandemics came, we thought about how we should keep ourselves fresh in the radars of fans while making sense for us too, at least to our more exploratory side with music and live events. Thus, we enter down below and left with a live album and  a DVD.

Were there many if any logistical challenges to playing in the cave? How much acoustic treatment was required?

Some, yes. We decided, for starters, to make it a silent event. People had a special mix for headphones. They said it sounded great. I know it’s not very typical for Metal, yet we had to adapt, so there was no need for any special acoustic arrangements, we choose the lower plateau, exactly because it was an acoustic shell. Main problem was electricity. We had to power it up from the top, so there was 80m of cables running from the surface and a dedicated electrician. Also, remember it was 80 meters down and all had to come from above, in two cargo elevators. Our photographer couldn’t handle the lack of air and the claustrophobic feel, but in the end we all came through.

Was it difficult to feed off the audience since they were masked and wearing headphones?

It’s all inside for me. The audience is a huge part of it but it’s a factor I can’t control, so I dig deep inside for motivation, focus and energy all the time. The masks were mandatory, we had no chance around it. We even had to test people at the door of the cave! Like a bad sci-fi movie! But people were brave and shown their love and respect for the band and for the idea. We all knew it was one of those moments “I saw this band at an underground cave”, and that’s what stays for posterity.

What was your favorite part of the show, and would you do it again?

Favorite part was to be able to play the whole of Hermitage as we would not have the chance to do it often as the band has to move on for the 30 years anniversary tour. Also, I like challenges and to see my crazy ideas come to fruition. But I won’t do another show in a cave. It’s done, we have to think of something else and I already have two ideas for one-off crazy shows like this one in my head.

Could we possibly get a world tour (including the USA) playing in caves and caverns?

That will be very primitive 😉 Also some of the clubs we play look and sound like caverns sometimes. But jokes apart, I understand the need to press on to try different things and I am all up for it. In churches, or mountains, or anywhere we can put the circus on.

What’s next for Moonspell after this touring cycle concludes?

Two albums. One in English, and another one in Portuguese. From then forward, I have no idea. It’s one of the hardest times to be alive and to be in a band. We must be patient and have our expectations in check.

Thank you so much for taking the time to chat with us!

Get From Down Below – Live 80 Meters Deep HERE 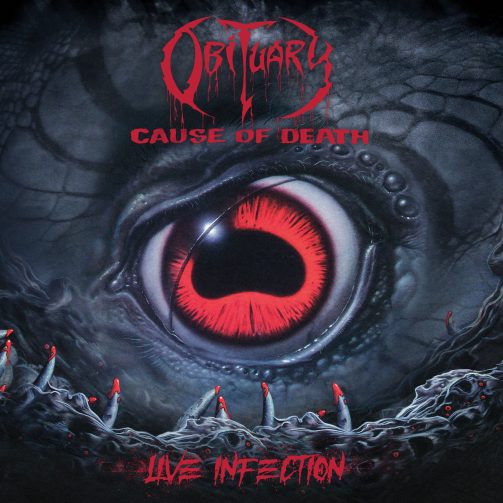 Obituary – ‘Cause of Death – Live Infection’