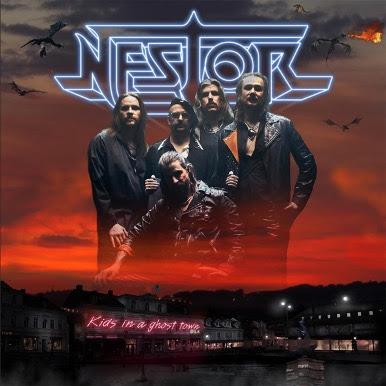 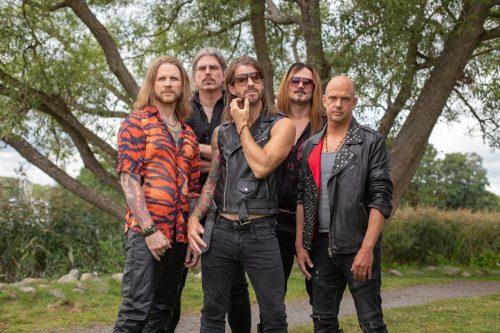 Way back in 1989 when hard rock and glam metal were well and truly in their pomp, record companies were signing bands left, right and centre. Whilst most of these bands released just one album before the cutthroat industry promptly dropped them as death, black and groove metal as well as grunge became ever more popular. One such band to feel this were Nestor and now, Napalm Records are reissuing their debut album ‘Kids in a Ghost Town’ as a Deluxe Edition.

For those looking for some decent hard rock delivered with all the bells and whistles that should be bestowed upon a Deluxe Edition then they’ll find it here with Nestor. This will include three brand new tracks including an excellent, stripped back version of ‘It Ain’t Me’ and will be available as not only a digital and CD release, but also as a cassette and black vinyl. Alongside this, ‘Die Hard’ will come as a red 7” transparent vinyl which will also come with a patch which you can wear with pride on your battle vest. However, the real pièce de résistance is an edition which comes as a wooden box which will arrive as a digipack CD as well as a 7” transparent vinyl in sun yellow which will be exclusive to this edition. Furthermore, this boxset will also come with three guitar picks, a Nestor wristband.

The original of this album may have been 30 years in the making, but this Deluxe Edition of ‘Kids…’ is the perfect way to give you more bang for your buck. It won’t do anything for those not versed in hard/melodic rock/glam metal then yeah, it won’t do anything. However, if Nestor have become one of your favourite ‘new’ bands, then this is a great shout and if you don’t own this album, a Deluxe Edition is most definitely worth it. 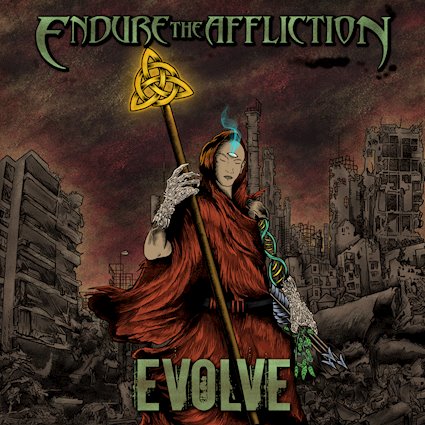