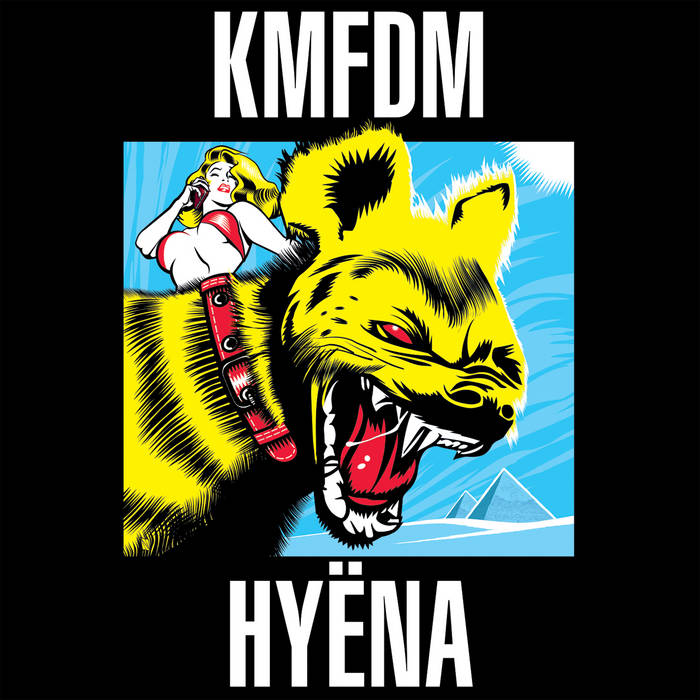 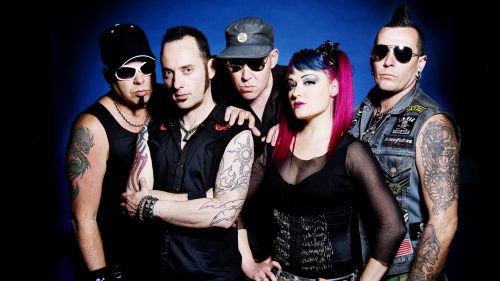 Few bands need as little introduction as the mighty KMFDM; a multinational art collective turned seminal and formative Industrial Metal behemoth. There at the birth throes of the genre, they have influenced almost every Metal and/or Industrial artist since the mid 1980’s.

Upcoming 22nd studio album “HYËNA’” sees the revolving door system of KMFDM membership used to great effect with returning contributors from across all eras of the band’s history, such as Kumar Bent, Sissy Misfit, Andrew ‘Ocelot’ Lindsley, and the powerful guitar of Jules Hodgson. Adding to the regular members as if they’d never been away, the musicianship and unity of the collective is intuitive and natural.

But more important than the assembled cast is the music itself. Subjectively the best song writing by the band since the late 90’s, and with every performance element on point; this is a hugely diverse and consistently captivating record that flashes by in seemingly no time at all with “Liquor, Fish & Cigarettes” crashing forward and feeling barely longer than a single whilst “Blindface” hits as hard and fast as a Napalm Death quickie.

After the tension-building introductory “All 4 1” early highlight “Rock and Roll Monster” is the unholy child of bar-room riffs and laid-back Trip-Hop that may well go on to be a massive fan favourite. Across the remaining nine tracks the intensity and tangible quality never drops, and the album closes with a sublime version of “In Dub We Trust” guaranteed to put a silly grin on the face of any long-term fan. (Also look out for the Dub yodelling!).

With politically charged and socially conscious lyrics throughout to match the inventive sonic assault, this is nevertheless a surprisingly accessible record. Nowhere near as oblique and wilfully difficult as recent NIN and Ministry releases, this will appeal to a wider Rock and Metal audience than either.

"probably the Industrial album of the decade so far"
90