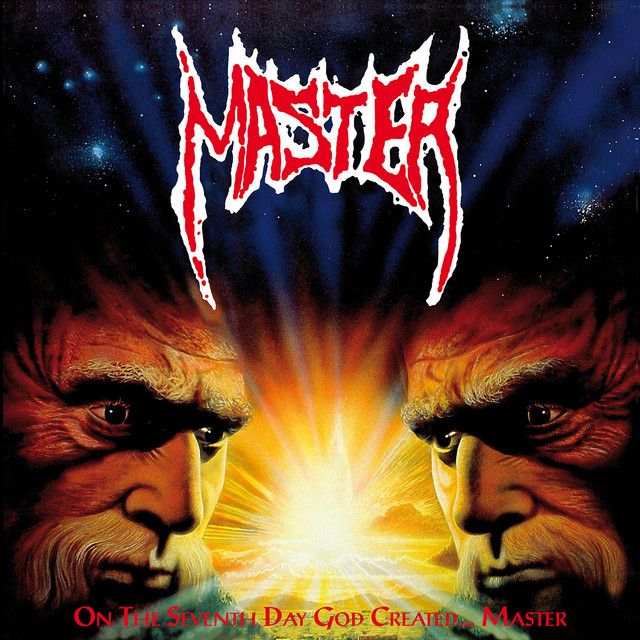 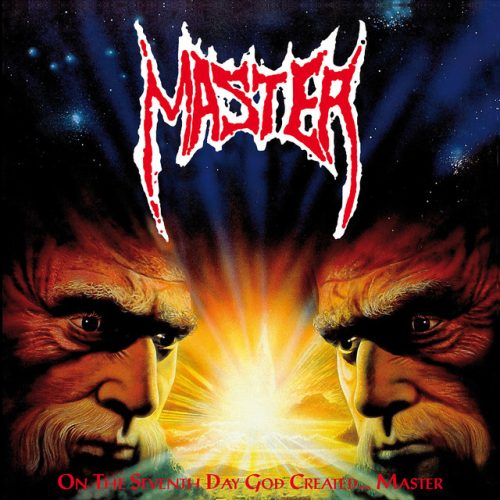 1991, wasn’t that long ago, was it? Fuck off it was 31 years ago! Where does the time go? Back at the start of the 90’s, Master was on top of their game and in 1991 the death/thrash band released arguably their Magnus Opus with ‘On the Seventh Day God Created… Master’. Earlier this year, Hammerheart Records delivered a digital and CD reissue of ‘On the Seventh…’ and now, it is the turn for this album to get the vinyl reissue treatment.

Much like the CD reissue of ‘On the Seventh…’, what Hammerheart Records have delivered here is a vinyl issue that does the job well. There are no bonus tracks, just a balls to the wall reissue that will not only be available in a bog standard black vinyl, but will also feature a run of limited edition orange vinyl with a black splatter.

If you are fan of vinyl and love collecting thrash metal classics on this medium, then this Hammerheart Records reissue of ‘On the Seventh…’ is a great shout, it is a snapshot of a band in their prime and doing what they do best. Yes, there is nothing extra here and it hasn’t been tinkered with in the remastered department, but this is the closest thing you’ll get to the original bar hunting one down and buying one, so fill your boots. 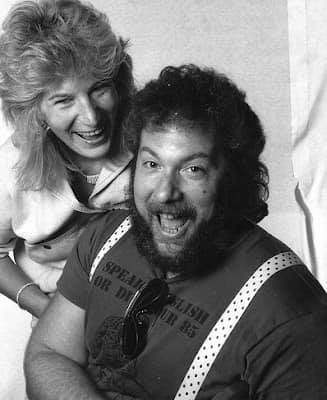