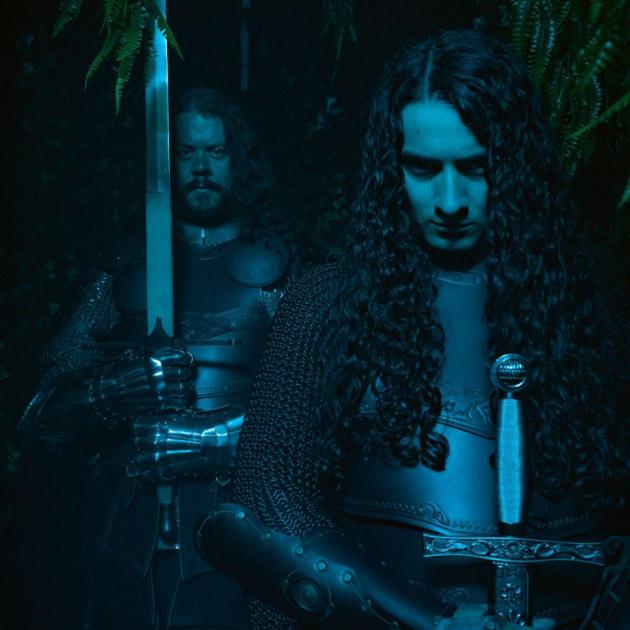 St. Louis, MO black metal duo STORMRULER broke out in 2021 with the avid subterranean support of their debut full-length, Under A Burning Eclipse – subsequently garnering scores of acclaim upon its wide re-release via Napalm Records. The album, which Decibel Magazine called, “one of the best black metal albums of the year”, introduced STORMRULER’s beyond-their-years execution of raw, atmospheric black metal doused in extravagant lyricism.

On October 14, 2022, the band consisting of midwestern scene stalwarts Jason Asberry (vocals/guitars/bass) and Jesse Schobel (drums/vocals) return with the aptly-entitled Sacred Rites & Black Magick – this time blistering with more unrelenting intensity while maintaining a haunting, visceral aura more ancient and foreboding than ever. Produced, mixed and mastered by Gabe Usery at Encapsulated Studios and featuring stunning artwork by Giannis Nakos of Remedy Art Design, Sacred Rites & Black Magick weaves epic tales of war, history, black magick and sorcery beyond the standard confines of black metal, birthing an unforgettable conceptual journey of legend that any metal fan would be remiss to ignore.

Today, fans can get a first taste of the album with its sharp debut single, title track “Sacred Rites & Black Magick”. The track sets the supreme lyrical and musical mood of the album itself, depicting just how deftly STORMRULER conjures lucid black metal as they inject energetic, unforgettable grooves and riffs into their scorching delivery. Today’s track release also arrives alongside its grim official music video.

“We chose Sacred Rites as our first offering for many reasons. We feel as if from the strike of the very first chord it gives off an apparent energy that can be felt throughout the entire album. Lyrically it encompasses the feeling of this record rather well with lyrics ripe of black magick rituals and ancient orders.”

As on Under A Burning Eclipse, between each song on Sacred Rites & Black Magick is an intricately positioned interlude building the ambiance and steering the thematic intensity of the album.

Beginning with echoing, clean dual acoustic guitars, introductory interlude “Hymns Of The Slumbering Race” begins the procession of grand ascension and hair raising riffage to come. “Internal Fulmination Of The Grand Deceivers” flashes STORMRULER’s brand of Imperial Black Metal Warfare, shining with heavy bass and blastbeats before cascading into icy atmosphere topped by smoke-cloaked vocals. Entrancing guitars match an ebb and flow of carefully paced interludes and merciless, speeding fury, showcasing standout leads and a blazing solo. Similar epic songwriting, lush lyricism and skillful dynamics can be witnessed on tracks such as the brooding “Entranced Within The Moon Presence”, intricate “In The Shaded Vlasian Forest” and introspective, glistening “Along The Appian Way”. “To Bear The Twin Faces Of The Dragon” stages some of the most menacing sonic escapades and memorable leads of the 20-track offering, combining chants of sorcery with searing screams and waves of crushing melody, while tracks such as “Upon Frozen Shores” weave a sonic tale of occult doom atop triumphant soundscapes, breakneck rhythms and ghostly melodic passages. Closing battle opus “A Malice Dead & Cold” wraps the album with some of its most threatening riffs and heroic leads, fittingly drawing the curtain on the band’s sophomore excursion.

“This album is on another level in comparison to our previous offering. It falls in the same vein of the melodic second wave black metal worship of Under The Burning Eclipse, but with a more intense and darker touch. It’s got the high speed buzzsaw attack we love, crushing grooves, solid leads, ambience within the interludes and acoustic passages, as well as lyrics that tell a story.” 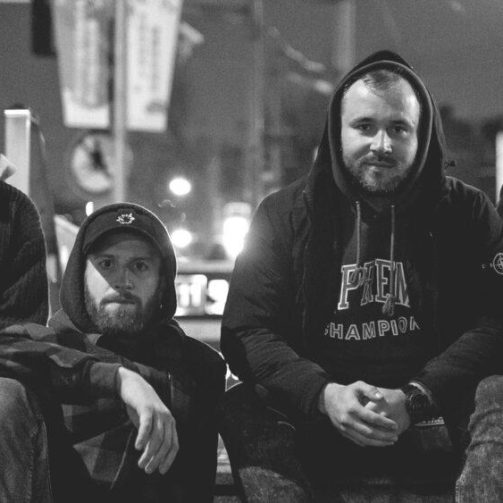 SPILL YOUR GUTS | In the band’s own words.