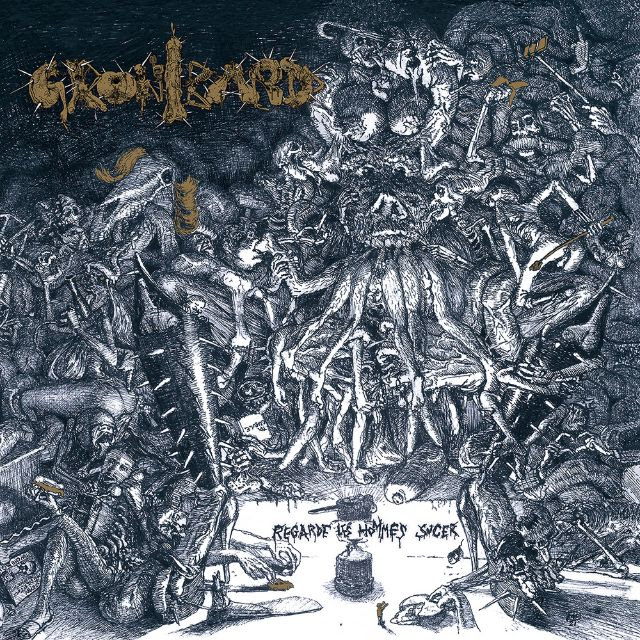 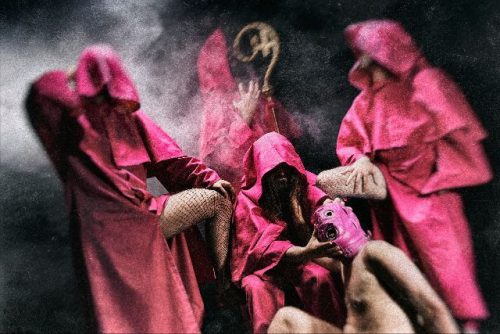 Goregrind is an interesting genre, it takes the rabid energy of grindcore and ups the ante on the brutality and gore with just enough tongue in cheek humour to make the average person not recoil like some conservative Christian vampire. Zoot alores! Just when you think it was safe to go back into the water, Gronibard are back with their latest album ‘Regarde les hommes sucer’ after 14 years of sexually abusing slugs.

Immediately from the off, ‘Regarde…’ goes for it like Gronibard have never been away. This is one big slab of goregrind done right. There is everything here that any fan of the genre would love; its brutal, it’s aggressive and it chews on its face like a night on ecstasy with more than enough amusing lyrics here to make even the most stone faced metalhead gain a raw smirk as tracks such as ‘To Ride, Shoot Sperm and Drink the Juice’, ‘Sperm Holocaust’ and ‘Finger in Anus’ having all the goregrind power of Ultra Vomit, Cliteater and Gut.

Yeah ok, there’s nothing on ‘Regarde…’ that fans of Gronibard and goregrind have heard before, but what this album shows is that no matter how long the French goregrinders have been away, they’ll always come back with something which is très bien. 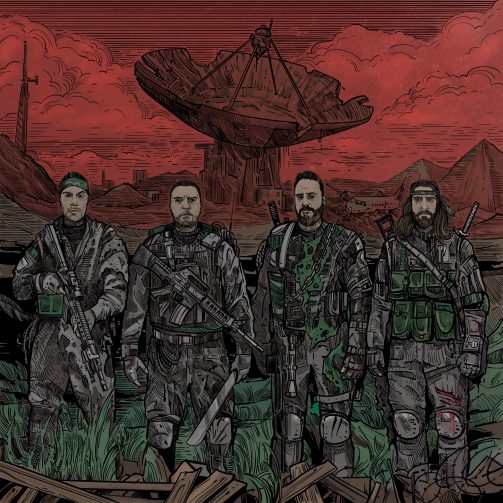