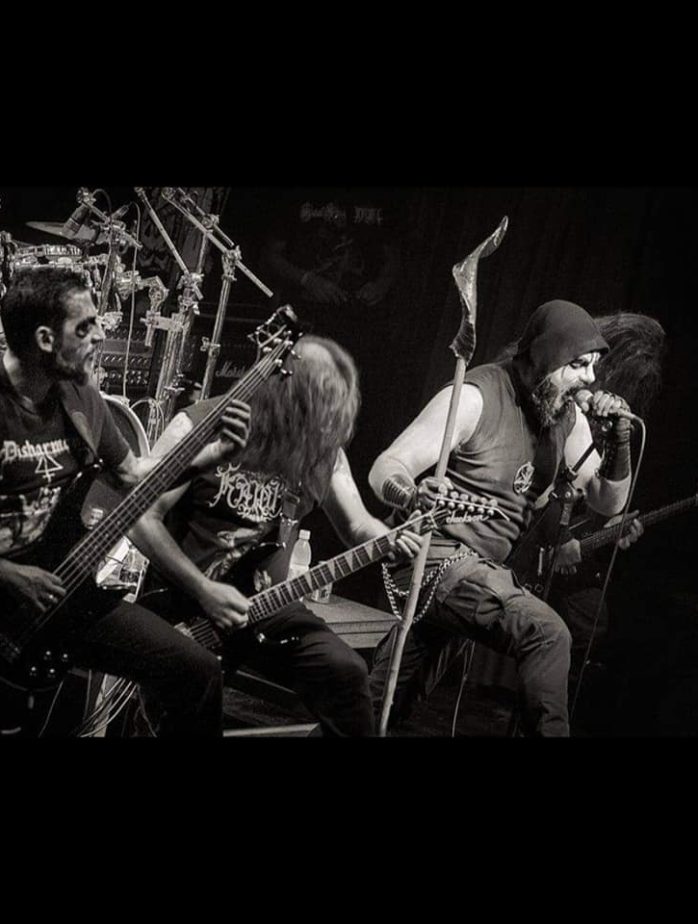 KAWIR: live life now because the only certain thing is death

Kawir, through many incarnations, has been on the Black Metal scene since 1993. Founding member, Therthonax, has recently undergone heart surgery and is still on the mend. The band has recently released the EP ‘Γιγαντομαχία (War of the Giants). In true Metal fashion, the proceeds will benefit Therthonax as he recovers and assuredly returns to greatness. We had a chance to ask the band a few questions. Gentlemen…..

Thank you for your time and congratulations on the new EP. For those unacquainted with your sound, please introduce yourselves to our readers and the world.

Hi! We are Kawir from Hellas and we have been playing since 1993. We have released eight full length albums, several EPs and a few splits.

Regarding the EP ‘Γιγαντομαχία (War of the Giants) what was the songwriting process? Was Therthonax’s situation integral or was the material already afoot?

Actually the material was already composed so It was easy to record at the studio.

I am using Google’s translation feature, so forgive the inaccuracies. From the song “War of the Giants”

In Phlegra, the glorious Gods descended with the banners

of the lightning above the terrible-looking Giants fell down.

the abomination of the Earth and ruler of the World became.

In the battle of the Gods the leader of the immortals triumphed.

Please expound on these lyrics from this amazing song.

Google translator said it all.

‘War of the Giants’ is a precursor to a full album. What can we expect from the new outing?

Do you know about Bouzouki Night..? Well, nothing to do with it..! Seriously now,  it is inspired from ancient Greek Mythological  wars so musically we try to catch the vibes of ancient wars so It’s actually war anthems.

From the new EP,  “Hecatoncheires” has a majestic, almost orchestral feel. Was that the intent from the start or did it evolve? How would you like to present this song onstage?

Here we have to thank Dis Pater from Midnight Odyssey for his majestic keys. I guess only if he joins us we will perform live.

In 1994, you released the EP, “Eumenides.’ Obviously, a lot has transpired, but regarding the band’s development, what three things would you say have been the most crucial?

After the surgery I have a bit of a loss of memory..! But I guess the most crucial was the frequent member changes.

Respecting your privacy regarding your recent health issues, but how has this affected you as a musician? Any advice or insight you would like to share with us?

Right now I’m having a disaster because of many cancellations of live performances. I’m not sure what time I need to recover and get back..

I need to advise everyone to live life now because the only certain thing is death..! You never know when death can heat you!

In the past few years, I have become acquainted with several artists from Greece. Some are quite amazing. What are your thoughts on the current music scene there? Where does all this creativity come from?

Maybe of the fresh air of the Greek countryside.. maybe the food..maybe the wine..maybe the naked girls tourists lying on the beach  give us inspiration!!! The Greek black metal scene is thriving and you have right that some of the latest albums are really amazing!

Look around you. Within five city blocks, what is the best coffee shop? What would you order? And when can I expect an invitation…on behalf of Metal Digest, of course?

You are welcomed in Lemnos island, the land of Kawirs, but I will suggest to you not to order coffee but the unic wines of Lemos! You can find references for our wines in Homer and Aristoteles!

Thank you for this interview and I have also to thank Jim Mutilator for supporting me in these difficult times, Dis Pater for the keys in the War Of The Giants EP ,the rest members of the band and finally the fans which supporting the band all these years and bought the EP from the bandcamp! 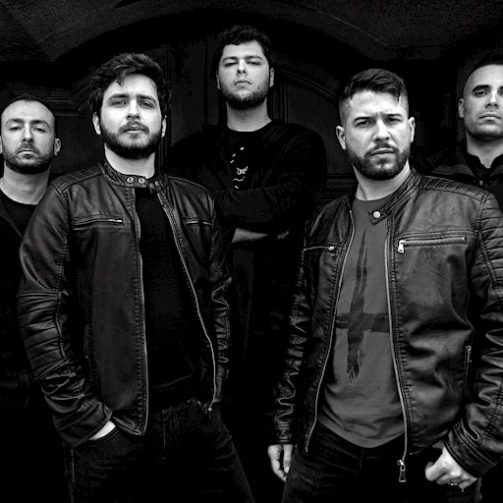