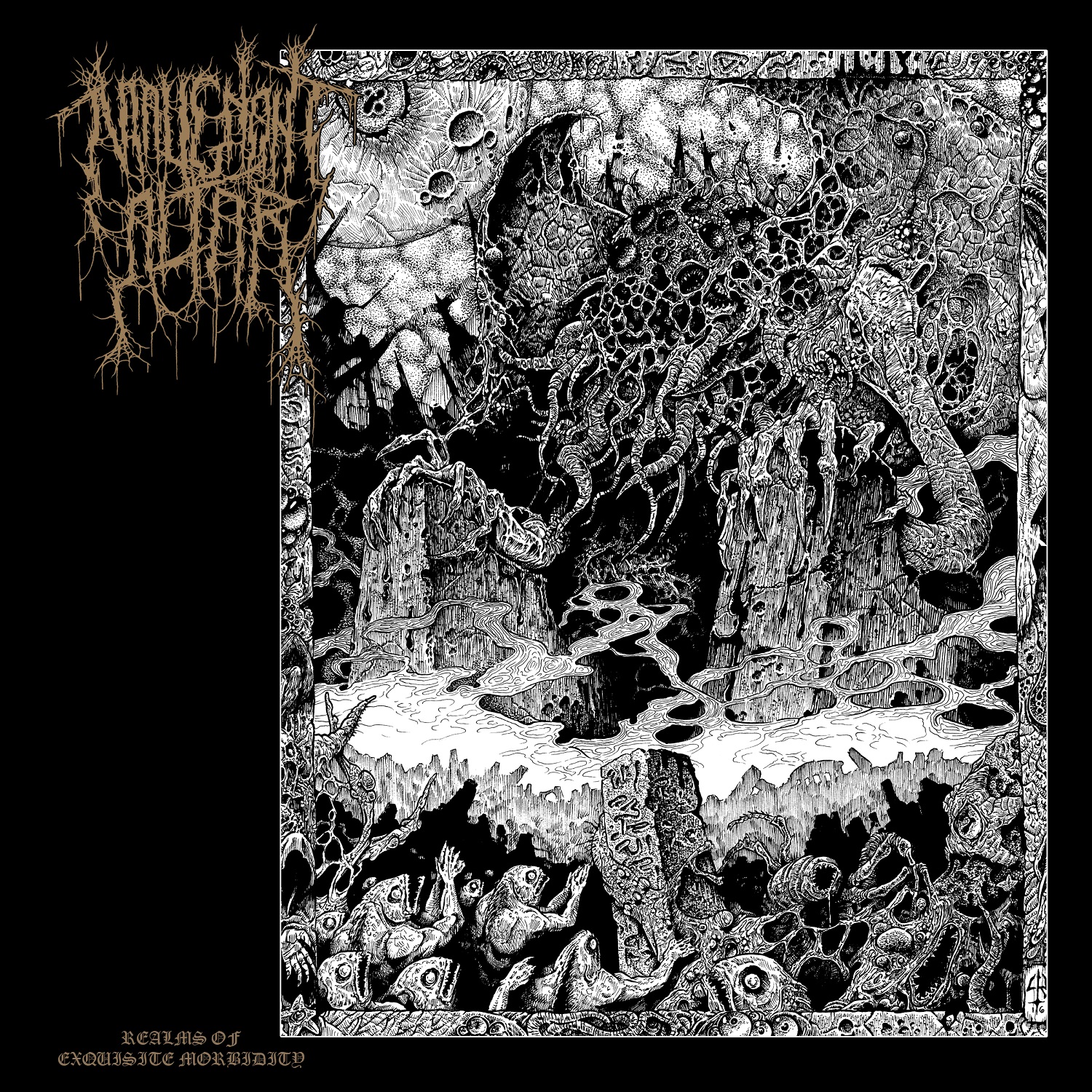 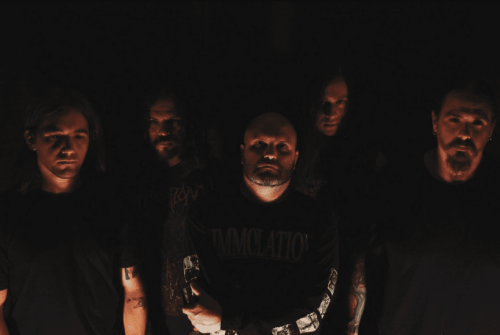 In the modern era, one of the most enjoyable bands from Texas in recent years are Oceans of Slumber. However, its members aren’t content with just playing progressive rock/metal because Mat V. Aleman, Dobber Beverly and Beau Beasley, the latter formerly of Oceans of Slumber have joined together to play death metal by forming Malignant Altar who have released their debut album ‘Realms of Exquisite Morbidity’.

Formed from a love of the occult and horror, with ‘Realms…’ shows Malignant Altar battering down the hatches and smashing it forward with an old school death metal sound where the guitars cleave forward with great swathes whilst drums of Beverly rhythmically jack hammer like a skeleton having a wank in a biscuit tin. This means that tracks such as ‘Usurping the Pantheon Crown’, Rite of Krasue’ and ‘Channeling Impure Apparitions’ gutturally roar with the grisly power of Disma, Cianide and Ageless Summoning whilst keeping the brutality of Bolt Thrower and Morbid Angel.

Yeah, ok there is nothing here that hasn’t been done before in death metal. However, this is delivered not just well, but very, very well and this is an excellent slice of the genre… is it better than Oceans of Slumber… yes, yes, it is. 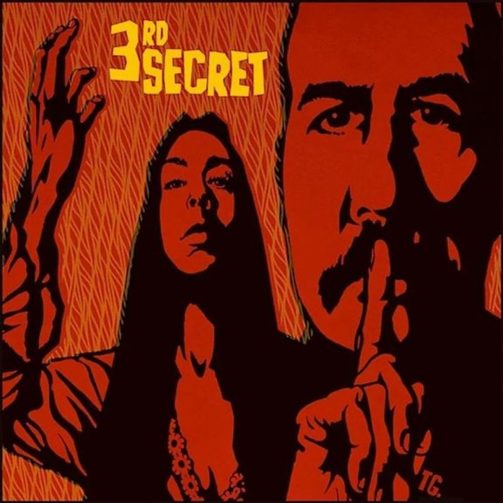