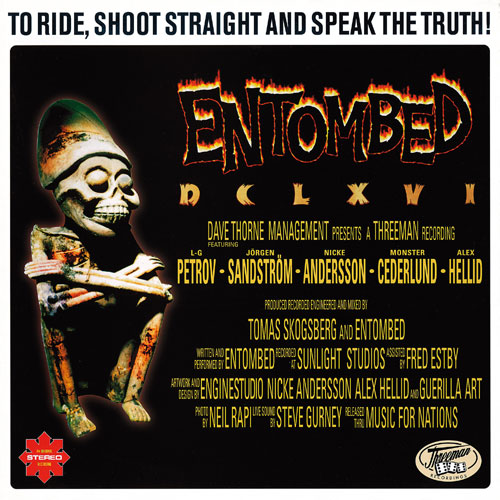 Who would have thought that it has been 25 years since Entombed released their ‘DCLXVI: To Ride, Shoot Straight and Speak the Truth!’ album. It was an album which saw Entombed move almost exclusively into death n’ roll as they tried to pull the curtain over that early death metal sound. This year has Threeman Recordings reissuing ‘DCLXVI…’ as a 25th anniversary edition on CD, vinyl and digital.

This 25th anniversary edition of ‘DCLXVI…’ will be completely remastered, given a good old polish so that this reissue will get the best out of your contemporary sound systems. Moreover, ‘DCLXVI…’ will also be back to its original packaging, the way it was meant to be consumed. The CD version of this reissue will arrive with a poster booklet whilst the vinyl edition will come as a gatefold sleeve and be available as red, purple and clear vinyl as well as standard black vinyl. Sadly, there isn’t any of the bonus tracks, the demos, covers and rough mixes that were bestowed upon the Deluxe Edition which Threeman Recordings released back in 2014. Thus, if you were hoping for some real extras on a 25th anniversary edition, then you will be disappointed.

However, this 25th anniversary edition will be delivered just the way it was back in 1997 and if you’re the sort of person who likes things just the way they are, then this edition of ‘DCLXVI…’ will be right up your street and a decent way to celebrate a quarter of a century of one of Entombed’s most pivotal albums.

"a decent reissue of one of Entombed's most divisive albums"
70 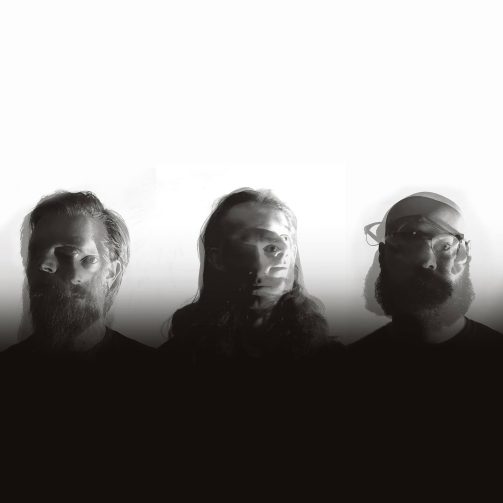 Questions on the Go | Gozer