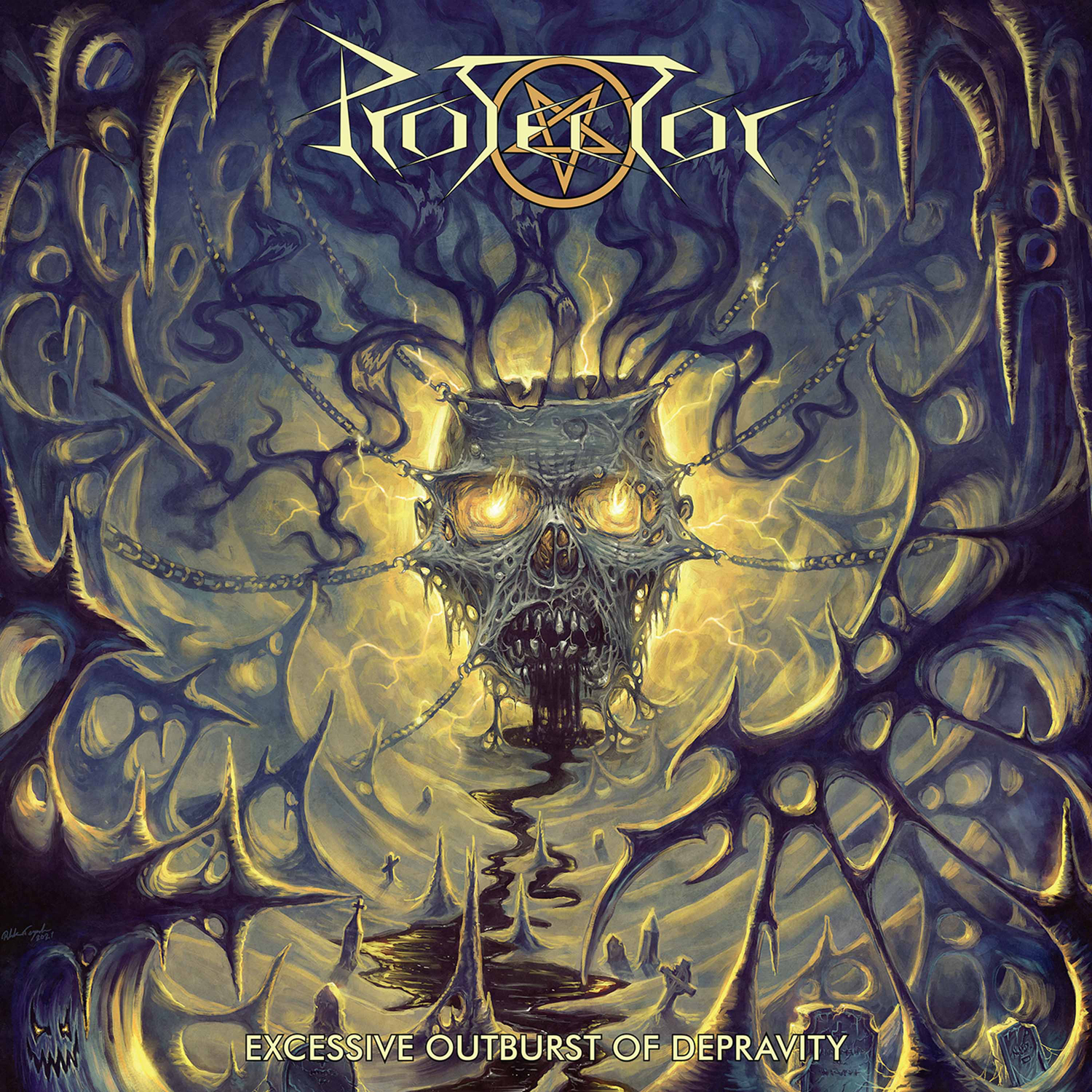 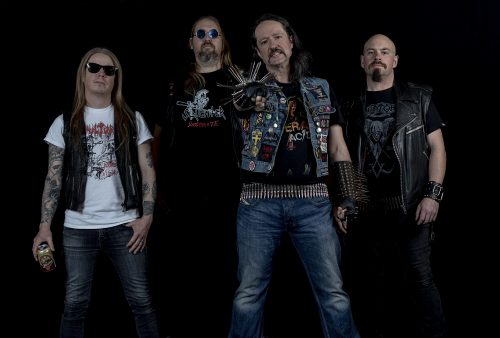 Whenever Kreator/Destruction et. al release an album in the modern era, it only takes a second to glimpse online at the amount of people having a meltdown as to: “why it doesn’t sound like the old stuff” etc, etc, ad infinitum, the record is well and truly worn out. Yet, one band have transcended this (probably because they don’t fall under a ‘big four’ yadda yadda yadda) are Protector and now, the German thrash/death titans are back with their latest album ‘Excessive Outburst of Depravity’.

Since their reformation in 2011, Protector have delivered quality thrash/death metal which has stuck to its guns. Protector are aggressive and like so many of their peers, this hasn’t been dulled with age or tempered by a polished production aimed at selling thousands of records by the pallet load. No, this is pure balls to the wall Teutonic power and through tracks such as ‘Shackled by Total Control’, ‘Thirty Years of Perdition’ and ‘Open Skies and Endless Seas’, Protector show that they are a force to be reckoned with, able to take on either their peers or bands 30 years their junior and come out on top in a bloody hail of thrashing death.

‘Excessive Outburst…’ is an easy album to like, from the off, the album makes the listener want to crank up the volume and if you’re the sort of person who likes to moan that Kreator etc have lost their edge, purchase this album instead.

"a bloody hail of thrashing death"
80 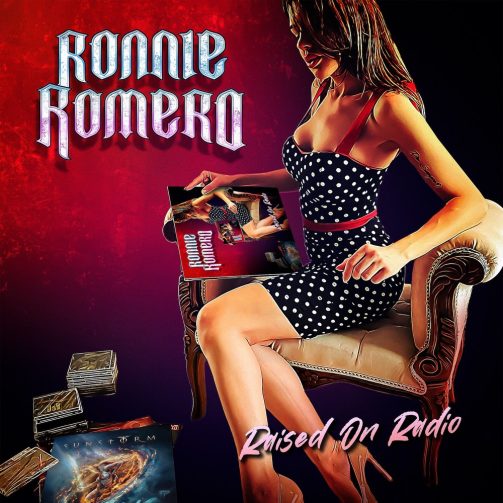