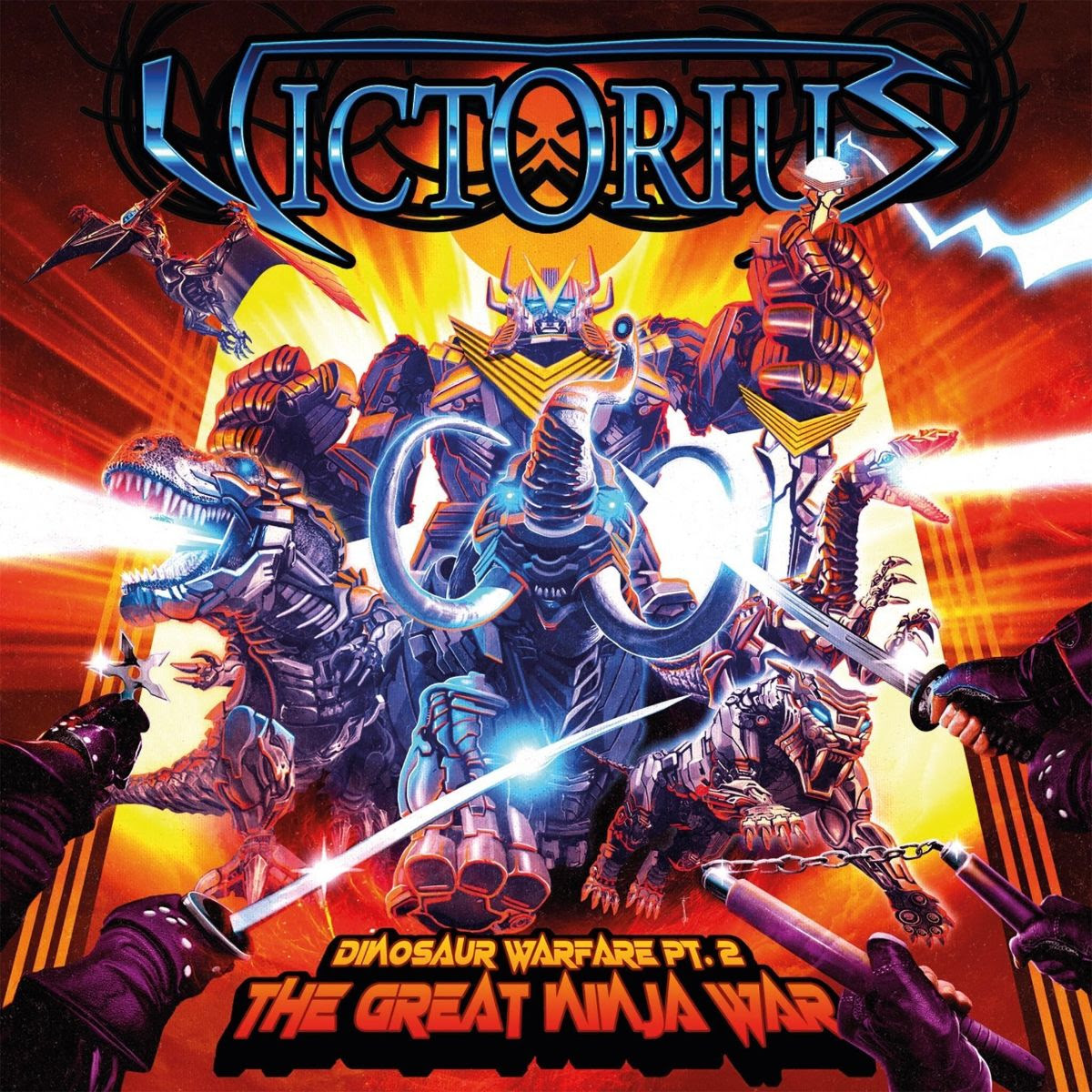 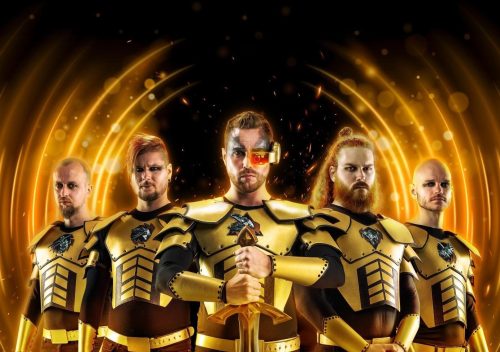 When the world was in the grip of COVID-19 back in 2020, we took what little happiness that we could get, anywhere we could. Thankfully, Victorius brought us ‘Space Ninjas from Hell’ to make us all smile when we needed it the most and now, nearly two years later, Victorius are back with ‘Dinosaur Warfare Pt. 2 – The Great Ninja War’.

With a title like that, you know damn well that this band are going to take you on a journey into the lands of power metal cheese as the band continue to delve into science-fiction where dinosaurs face off against ninjas. There is so much cheese here, but the edge is tempered so that it doesn’t feel massively bloating because ‘Dinosaur Warfare Pt.2…’ is really enjoyable. Tracks such as ‘Tyrannosaurus Steel’, ‘Triceps Ceratops’ and the fist pumping ‘Victorious Dinogods’ with its nod to ‘Jurassic Park’ during its guitar solo leaves the listener feeling wholesome, sated and content with happiness with the band having all the enjoyability of DragonForce, Gloryhammer and Freedom Call whilst keeping an old-school power metal nod with the driving force of Helloween, Gamma Ray and HammerFall.

Musically, there isn’t anything here that fans of power metal won’t have heard before, but dinosaurs and ninjas fighting continues to bring something new to the scene. Realistically, ‘Dinosaur Warfare Pt.2…’ is the equivalent of eating deep fried mozzarella sticks, covered in mac n’ cheese and served on a quattro formaggio pizza with little nuggets of cheese ravioli inserted inside whilst a side platter of blue cheese sits on the side for later and if you think you can handle the cheese… then ‘Dinosaur Warfare Pt.2…’ will be right up your street! 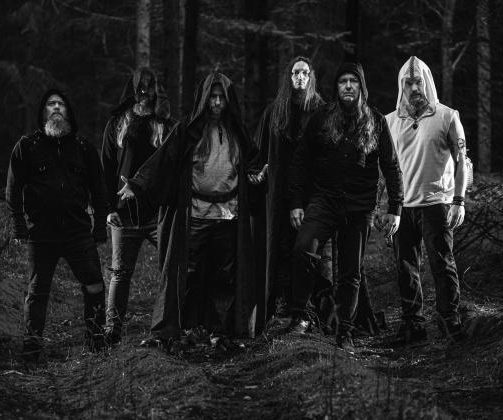