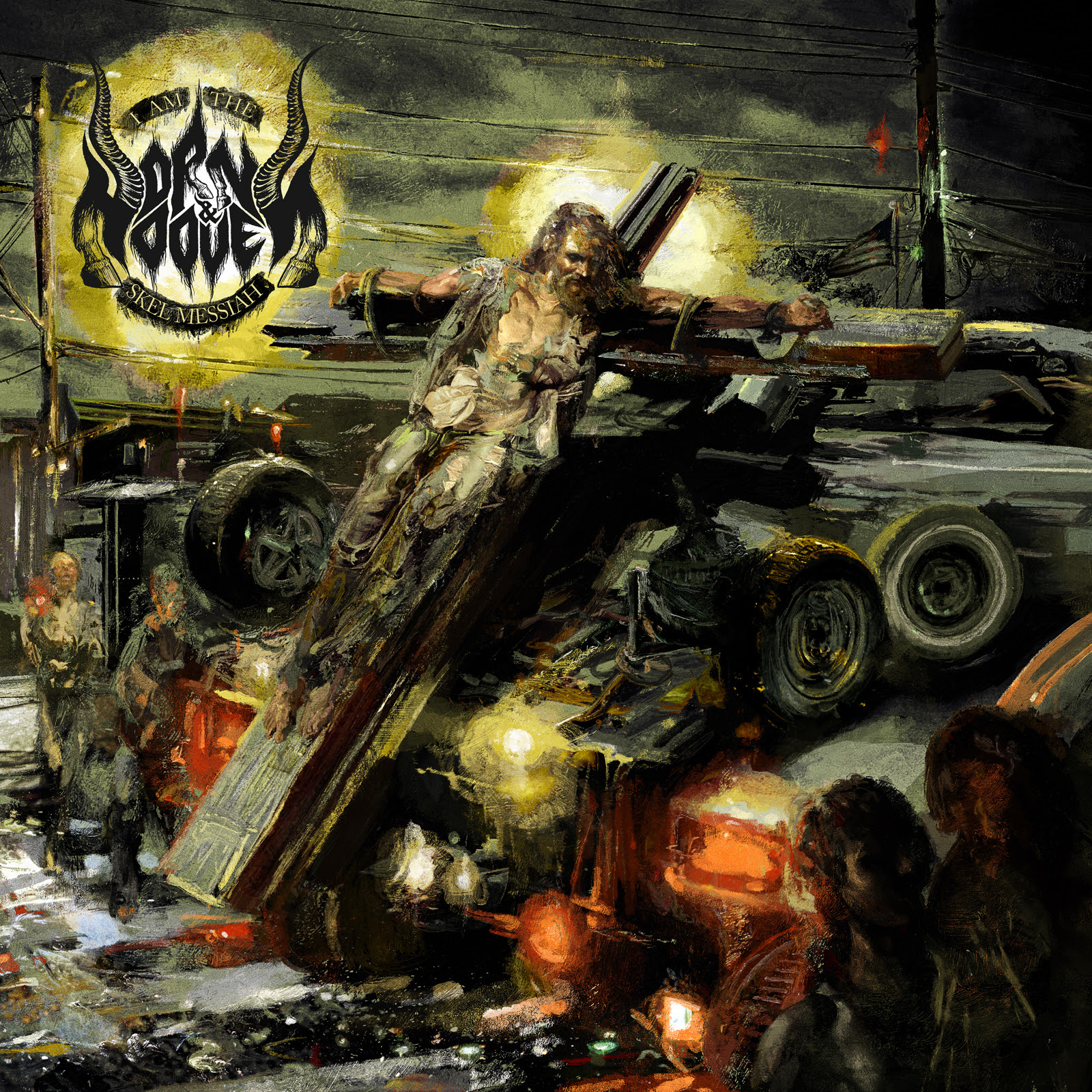 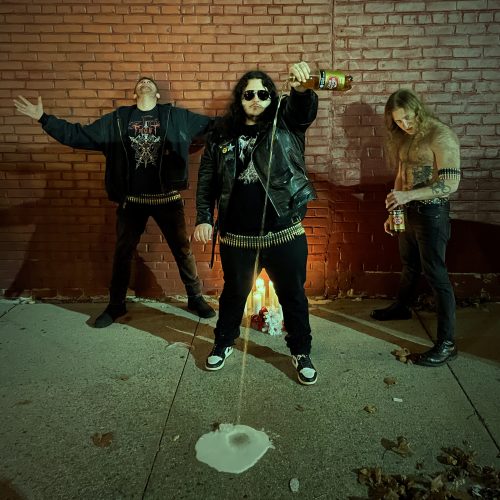 To do black/thrash properly you need three things, darkness, speed and beer. These were the things that the bastard children of Motörhead and Venom were raised on. They liked it fast with a bottle of beer in one hand, a whiskey chaser in the other and a titty in their mouth. One band who were raised like this are Horns & Hooves who after a well-received debut EP in 2017 are finally back with their full-length debut album ‘I Am the Skel Messiah’.

Those who know black/thrash know exactly what they are getting with ‘…Skel Messiah’. This is an album which goes hard and fast with more guttural vocals than a sewer orgy coupled with a production so raw that it’s still bleeding, breathing heavily and crawling away looking for a place to die leaving nothing but a trail of blood and vomit behind it. Does this sound tantalising? So it should. ‘…Skel Messiah’ is an excellent offering black/thrash, tracks such as ‘Blasphemic Gooning’, ‘A Wailing, and a Weeping, and a Busting ov Cheeks’ and ‘Gape My Blackened Hearts’ are pure examples of what this band offers having all the enjoyability and appeal of Midnight and Venom as well Spite and early Sodom.

In fact, the only real thing which lets ‘…Skel Messiah’ down are the interludes, particularly ‘Narcanannite (The Infernal Dose)’ because what the listener really needs is to hear the band arsing about in the studio. This aside, ‘…Skel Messiah’ is a great album which sets the band up for the remainder of their career. 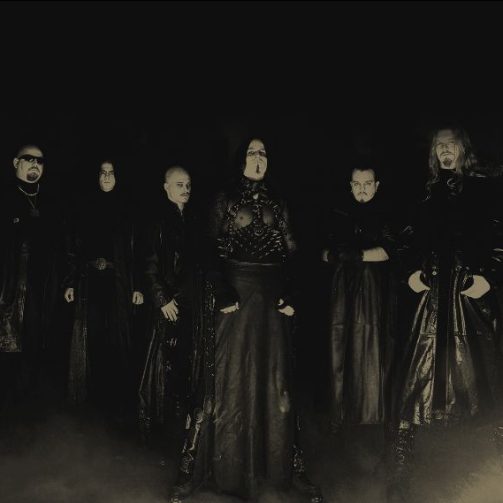