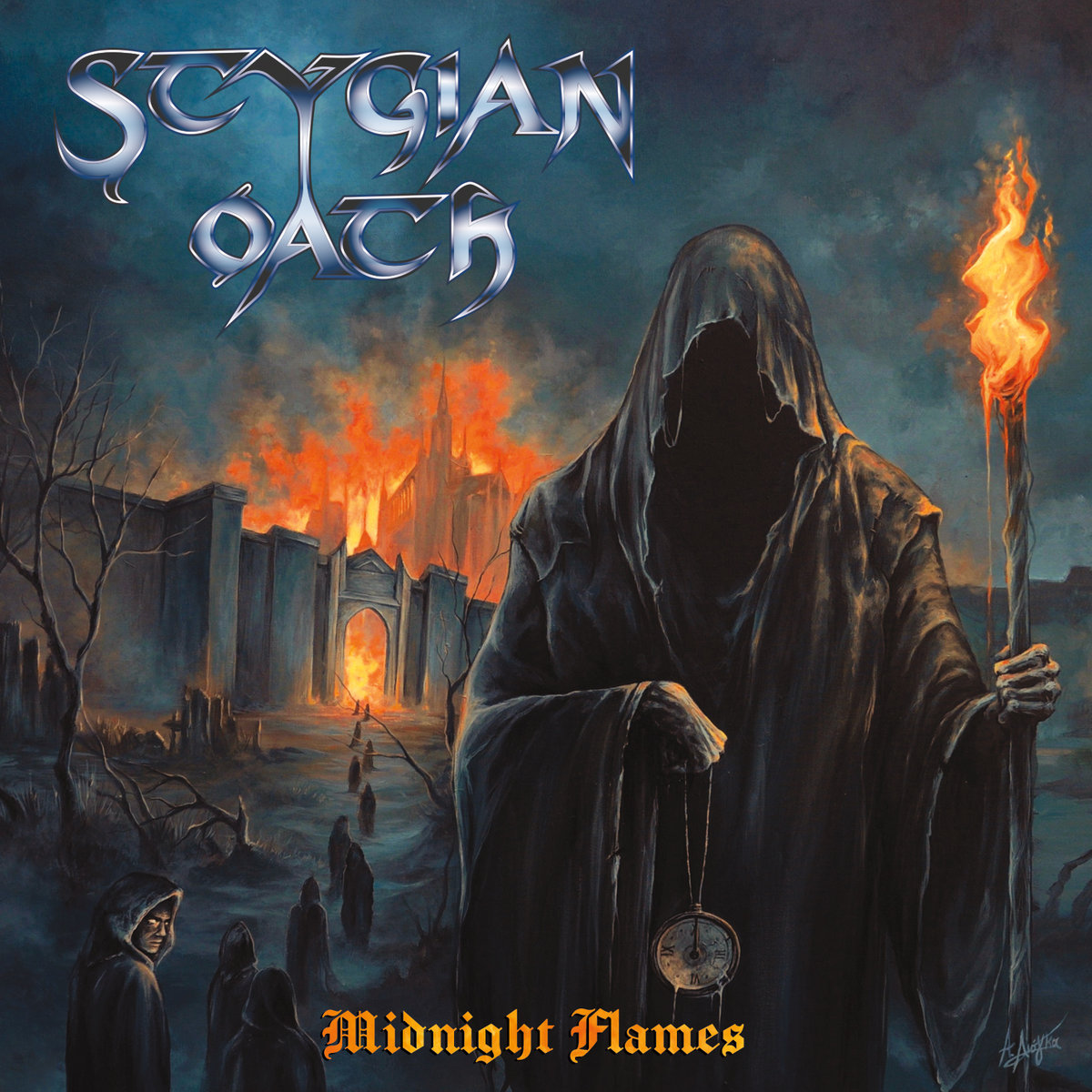 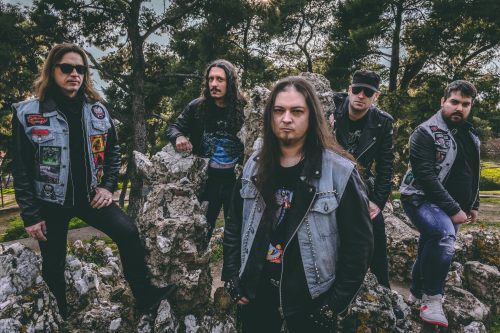 What can I say? Another day, another killer band from Greece. Whatever is going on there, count me in!

“Midnight Flames’ can be described as a tour de force of Power Metal or NWOBHM or your label de jour. I call it simply. Great. Metal. The band clearly worships at the altar of Judas Priest, Iron Maiden, etc, but puts more than a few spins on things that were already spinning. This album feels like a familiar tale with a few extra chapters, but also a bit less baggage. All that you want, none that you don’t…and maybe a few things you didn’t know you needed.

The band is a razor-sharp machine; biting, blazing and exemplary. They have learned from the masters and added their youthful lessons in time. With a little finessing, vocalist Akis Chrisilis could rival Rob Halford or Geoff Tate. Then on second thought, no need. The man is already there! Even if his vocal style isn’t your first love, there is no denying the man’s abilities.  I did spot a flaw here and there. Assuming the best tracks were used, I must ask, can he duplicate these astounding vocals on stage? One way to find out, right?  There is no KK Downing or Dave Murray in the band, nor is there a need. The star of this band is their unity. Everyone plays an equal part and plays it exceptionally well.

Opening with “Raging Skies,” the lads set a blistering pace straight away. It bears more than a passing resemblance to Priest’s “Painkiller” (sans iconic drum intro) but what better song to lionize?   Honestly, I think Stygian Oath’s song is a few hairs better. There, I said it. Take a listen and give me your thoughts.

“Beyond the Grave” takes a fairly formulaic song and expands it into something special. With plenty of twin guitar interplay and a bit of Prog, “Beyond…” hints that the band is capable of greatness.

While there are certainly moments that may not be the most original, ‘Midnight Flames’ also contains more than its share of unique flare. Not a landmark album, but the building blocks are firmly in place.

"solid foundations for Stygian Oath to build from!"
70 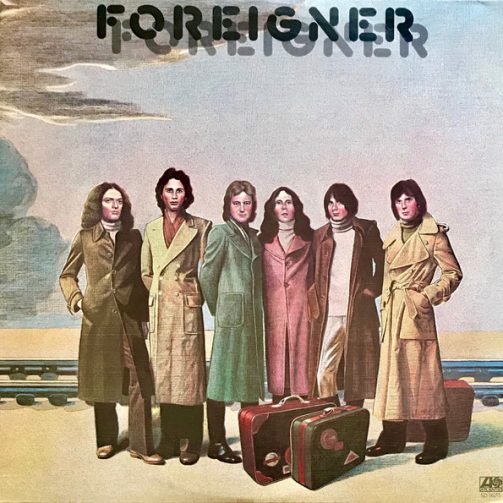