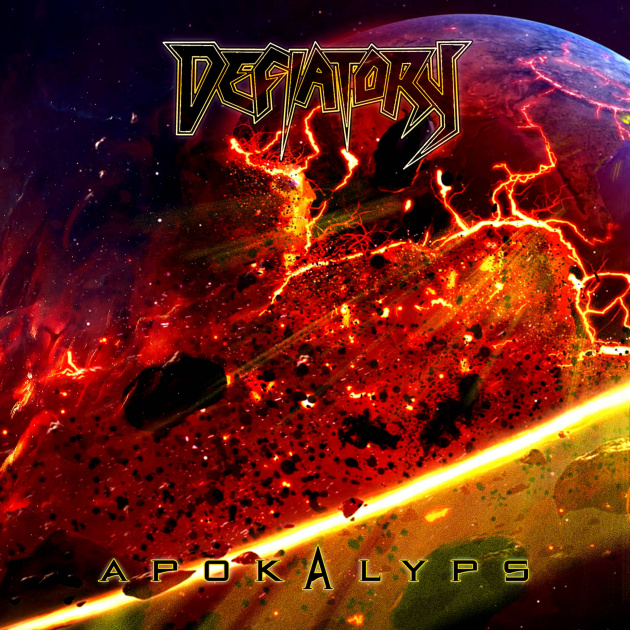 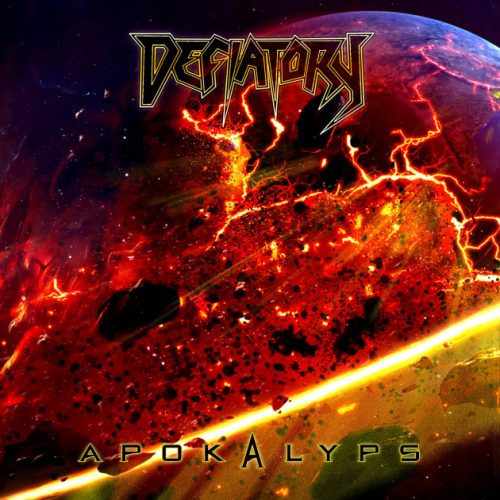 Thrash metal bands have the habit of being able to hit the ground running, their speed helps those legs hit the ground with pinpoint momentum and off they go into the sunset. One such band are Defiatory as the Swedes continue to have an impressive work rate delivering ‘Apokalyps’, their third studio album since 2015.

Fans of thrash metal will know exactly what to expect here and Defiatory do not disappoint, not even once. This is a high-quality blast of aggressive thrash which shows a band right in the middle of their pomp and glory. ‘Apokalyps’ isn’t an album of metal for wishy washy fans who like to dip their toe in the pool, this is an album done by thrash fans for thrash fans and you can smell the stale beer and sweat as soon as it starts spinning. Tracks such as ‘Only War’, ‘Counting Bones’ and ‘Belligerent and Hostile’ is the sound of a band well versed in the likes of Testament, Exodus and Kreator as they suddenly find themselves standing alongside the likes of Angelus Apatrida, Evile and Meshiaak as technical flurries and barking vocals command the listener to crank the volume higher and higher.

Yes, of course there is nothing here that thrash metal fans will not have heard before. But when it comes to this music, this isn’t why we listen to thrash; ‘Apokalyps’ is very, very good at what it does and Defiatory can add another well-earned notch underneath their belt.

"‘Apokalyps’ is very, very good at what it does and Defiatory can add another well-earned notch underneath their belt"
70 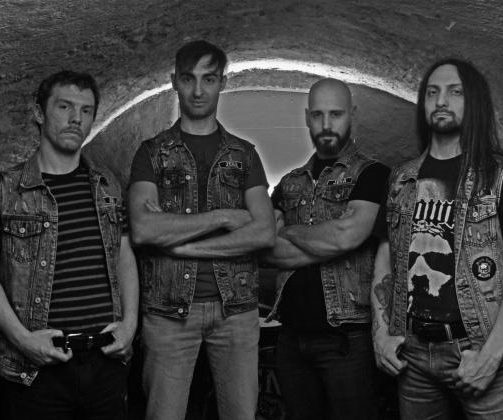