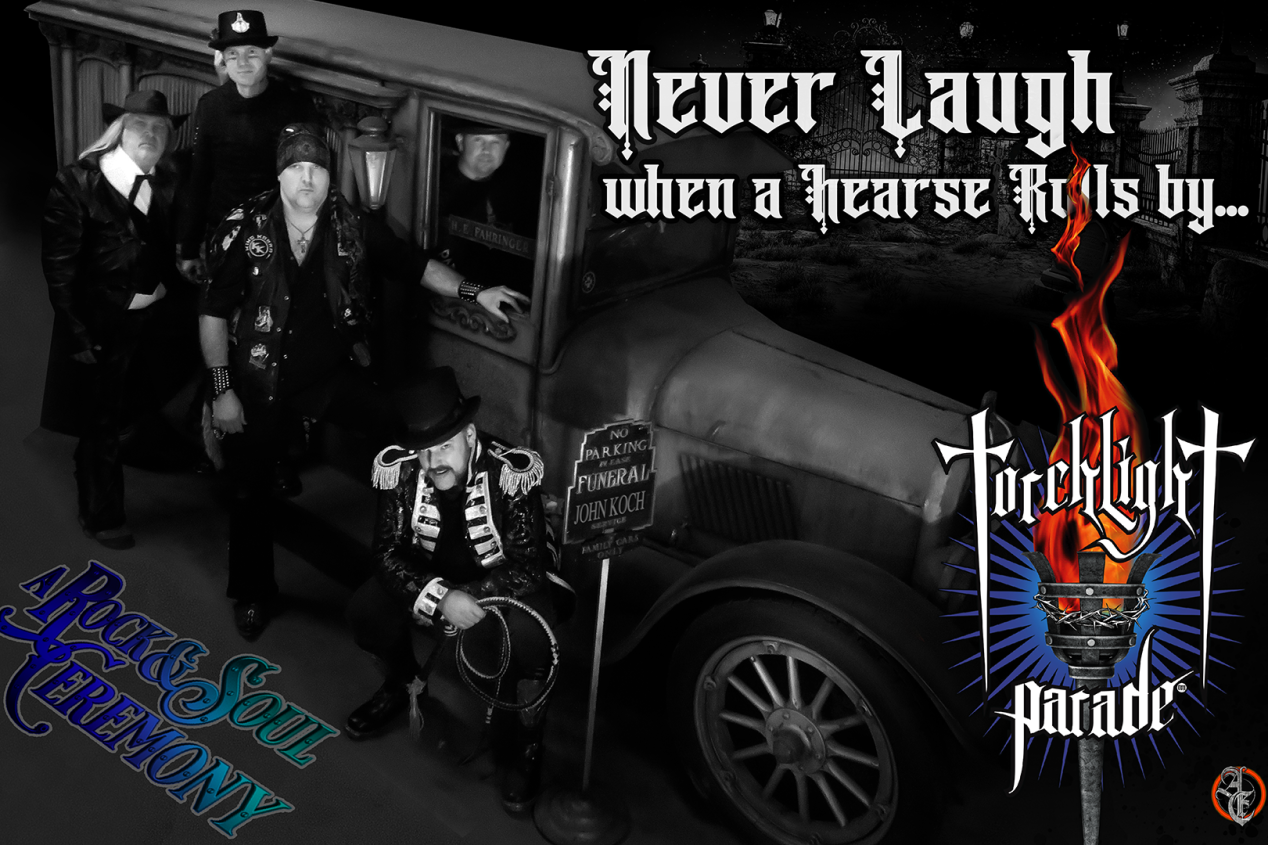 Three morticians in St. Louis form a band to make songs about funerals and the afterlife.

Our singer is one of the most prolific embalmers in the country having embalmed thousands of corpses over the course of a decades long career.  Out lead guitarist drives a hearse for the same funeral home and our drummer is a funeral director.  The other guitarist and bass player have ordinary jobs, which have nothing to do with death.

Working with keyboardist Teddy “Zig Zag” Andreadis of Guns n Roses and Alice Cooper fame and with Sam “Bam” Koltun of Faster Pussycat and Dorothy on this album.  We are also proud to have played Delmar Hall three times and opened for Quiet Riot.

Truer words were never spoken. Maybe we should put that on a t-shirt.

Probably the Podcasts app , so I can listen to great music talk such as Glacially Musical, the Department of Metal Antiquities and Trunk Nation.

Matt and Doug are into classic cars,  Greg spends his time hanging by the pool at the finest view in the Lou, Larry plays in another band, and Danny likes to hike trails and play soccer.

With the current state of the music industry, it would be wise to live to play rather than play to live.   It is very tough to make a go of it financially in music, so you really have to do it out of a passion for making music, and pay the bills by embalming.

I was already very much into heavy metal by age 10 and thought the guys in the metal bands I listened to were mysterious superheroes who existed on a plane of existence separate from us mere mortals.  Even now it is surreal when we get the opportunity to share a stage, a dressing room, or sometimes even a song with these titans of yesteryear.

Make the music you love and don’t chase trends.

If you are true to your self and your sonic plan, the audience will recognize the authenticity and hopefully embrace it.

The past several years have seen so many unique opportunities and experiences to be a part of this music we all love so much.   There are so many great people in the metal world we never would have met if it had not been for the efforts of this band.  It is a worthy endeavor to pursue! 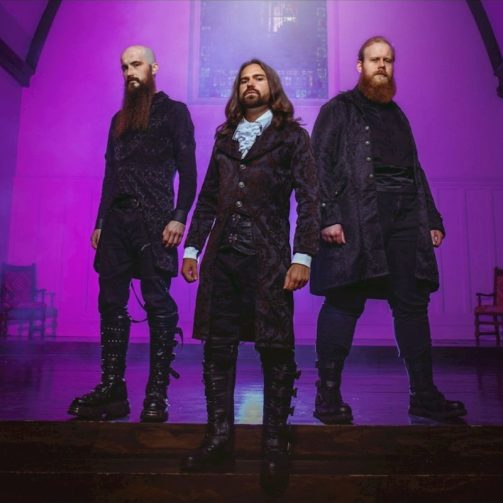 About Blood of Indigo