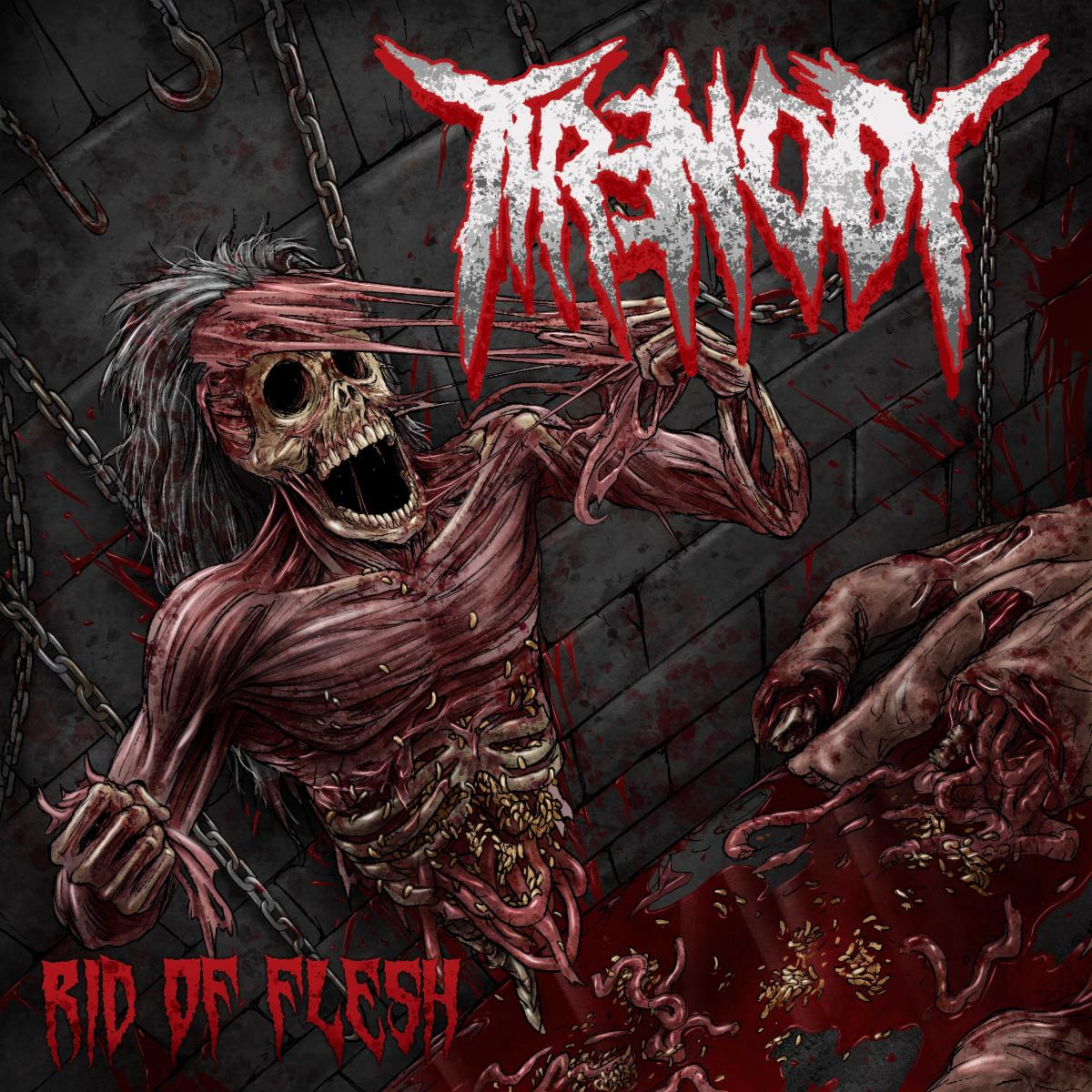 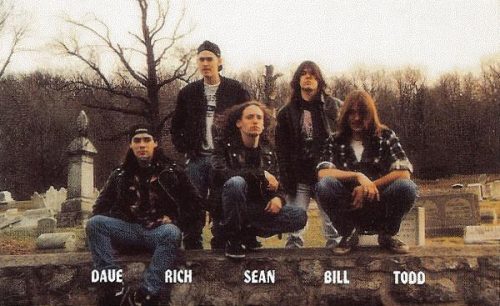 The late 80’s was a great time in heavy metal, glam and thrash metal might have been at it head-to-head, but this was when metal began to split even further down into subgenres as bands went down the rabbit hole to deeply explore their sounds. One such band were Threnody who played death metal and released their ‘Internal Infestation’ demo before splitting up. Thankfully, the COVID-19 pandemic lockdowns allowed Threnody to get together virtually and record their debut album ‘Rid of Flesh’.

Although this reunion didn’t feature vocalist Todd Blank and Rich Harman on drums who were unable to commit to the project, British vocalist Harry Tradayon was able to take over the vocal place as the band finally got to record many of the songs which had been mothballed for the best part of 30 years. ‘Rid of Flesh’ is not an album of rehashed songs, caught out of time, had the dust blown off and wheeled out; quite the contrary, in fact, these tracks have been rewritten for the modern era meaning that they return a lot of the old school sound, but through a great modern production, tracks such as ‘Maggot Feast’, ‘Crib Death’ and ‘Choking on Blood’ can go toe-to-toe with any of the recent classic sounding death metal and come out triumphant but bloodied having all the enjoyability of Death, Carcass and Napalm Death.

There isn’t anything here that the listener hasn’t heard before, but nobody cares about that because ‘Rid of Flesh’ is very enjoyable, it does everything that it sets out to do and hopefully this means that Threnody have kick-started their career that will produce much more.

"hopefully this means that Threnody have kick-started their career"
70 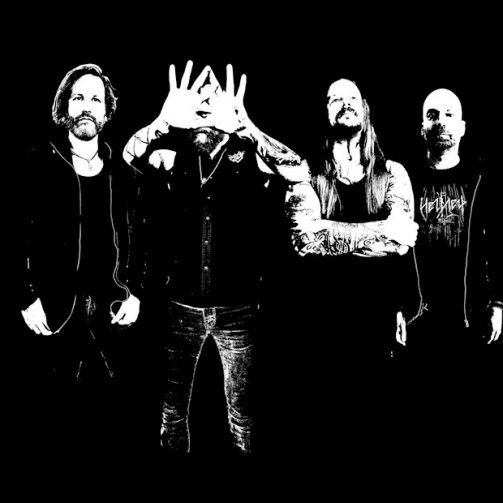