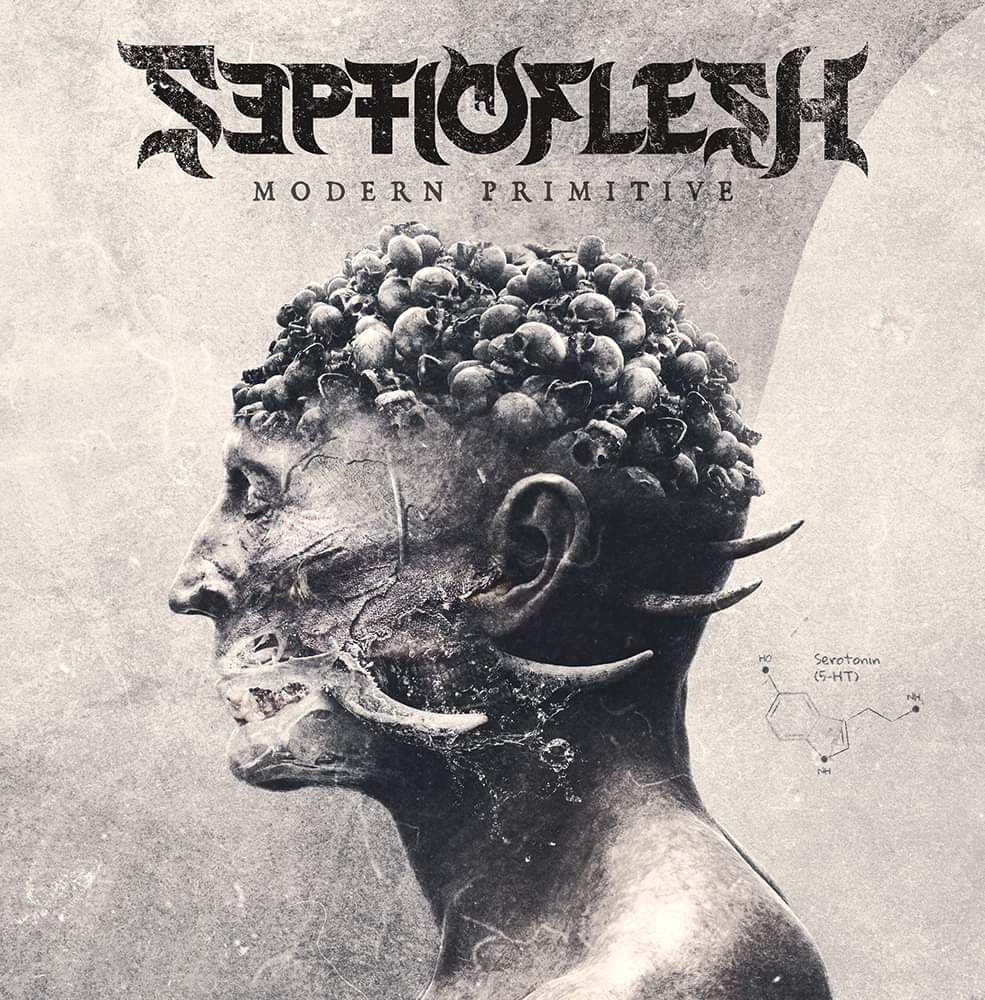 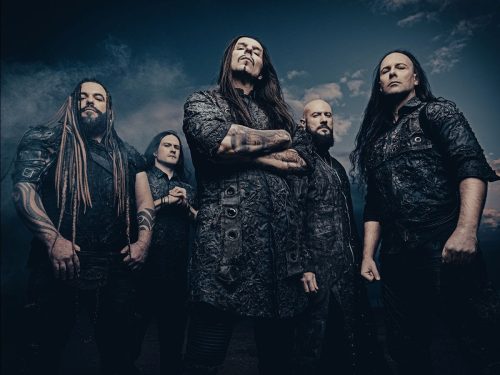 From a tongue tinged in the malice, secreted from one’s splintered conscious may be the ember that births a sonnet where the words rage like an inferno as it engulfs the reader’s senses, or tears drawn from sorrow that fill the lachrymatory may constitute as the ink that becomes the flesh of an artist’s magnum opus. For it is the tides of emotions from the most violent to the docile spectrums which gives unto us, some of the most awe-inspiring works, but ever so often , you may discover that which is born not from the constructs of human emotion, but feels, otherworldly, as though it transcends the vexation of the spirit. A monument that is not wrought from hands where flesh may crack and blister, but a monument that exudes a sense of mysticism and magik to its aura.

‘Modern Primitive’ by Septicflesh … an astounding musical experience that feels ceremonial in every sense, it is an album where the architecture gives no appearance wherein its labor was used to concoct these orphic compositions, in other words, the very sounds that emanate from this release gives forth the sensation as though some archaic force was channeled and transmuted into these very notes, untouched by any human. As unorthodox as my words may seem to describe this album, I firmly believe that ‘Modern Primitive’ ascends the title of being confined to ‘just a Metal album’ because it is an intimate work that showcases the fusion of a plethora of souls drawn from a vast array of musical compositions, souls that represent the juxtaposition betwixt that which feels primal but also delicate, but it is the weaving of these elements seamlessly into one cohesive body that becomes the zenith of this album.

The musical construct and the patterns they take in order to paint this ritualistic setting can be viewed as on one of the pillars on the album, for like smoke exhaled from a fire, it’s mannerism to coil and dance, as though intoxicated with ecstasy but at the same time to engulf the same setting in a macabre aura, so too do the instrumental portions exude, both where technicality and also groove-laden rhythmic structures are concerned.’ The Collector’ and ‘Coming Storm’ are just a few instances where the musical structure branches off to showcase different points of extremity, however, while both the guitars and drums resonate at different frequencies at times, it is the convergence between these energies that offers a crescendo to be savored throughout the album.

Adding to that unearthly and morose atmosphere is the vocals, for it acts as the crux that calls upon all the instrumental variables, binding them around the serpentine motions that is the vocals. But its merits derived from the voice arrives not from the patterns it adopts, but rather in the enunciation, as to me, throughout the album, the voice that is heard sounds as though its origins lies from the belly of a cosmic entity, something ancient and unknown, for it possesses an unetheral candor to its language. ‘Dreadful muse’  and ‘Psychohistory’ can be viewed as a testament to where the vocals forges a dominant force that propels the musical entities, especially where the strings and percussions adopt a spiraling tempo, for the symbiosis of these frenetic energies fuse together into a ‘leviathian-esque’ being.

A raging fire which devours a mountain can be looked upon as an unbridled force that knows no master, yet it is like the river that flows into the sea, its thirst can never be quenched, but let the fire burn under the ink of night…the same might and power it projects would be radiant under the obsidian sky, for its energy will be transformed into an aura that evokes both awe and fright. In my opinion, this is how the orchestrated and symphonic compositions are utilized, not to emit a fragile, grandiose spirit, but instead it fortifies and strengthens the bones that are formed from the guitars and drums. In other words, it accentuates the other components rather than drowning their essence, to me, this is another highpoint where Septicflesh excels, to find the balance within painting with a myriad of sounds, yet when interwoven into one another, they cease not to overpower one another.

Leonardo Da Vinci once said that once you have tasted flight, you will forever walk the earth with your eyes turned skyward, for there you have been and there you will always long to return. Where ‘Modern Primitive’ is concerned, in my humble opinion, it is a work of art that exhales an unnatural air, an air that is transcendental but also captivating, so much that you wish to be absorbed into its aura, and like that of flight, you long to revisit this experience, to discover and rediscover the angles of what can be found.

"'Modern Primitive' is a communion of other worldly forces that dwell amongst mystic places, vibrating in a unison, wherein its sound sculpts a titan of great mass proportion to behold”
90 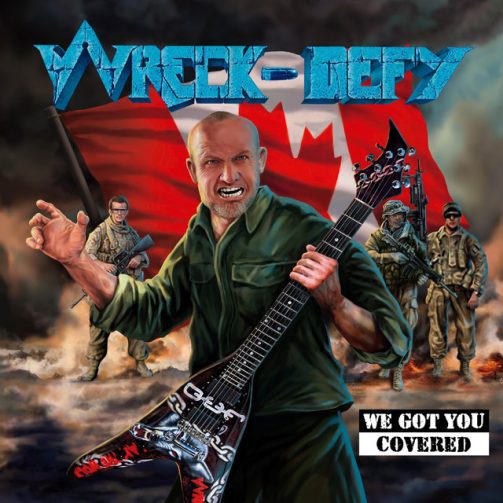 Wreck-Defy – ‘We Got You Covered’ EP