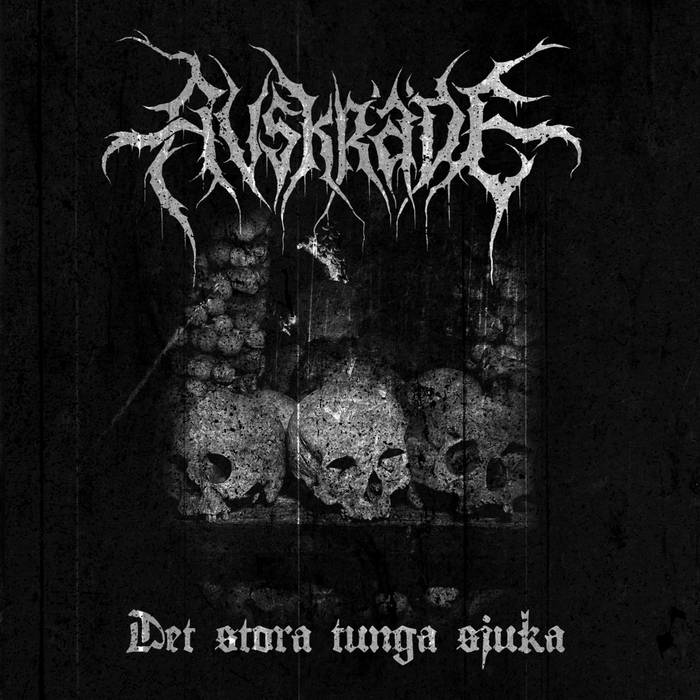 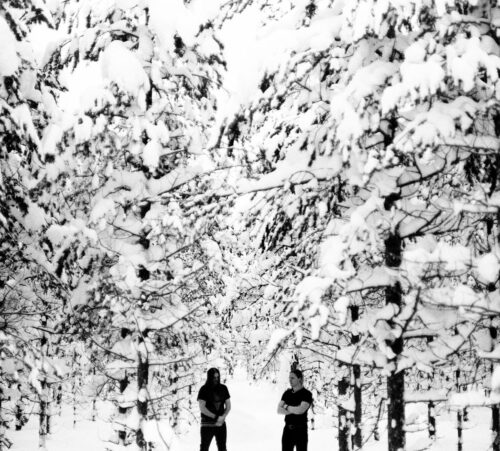 Even though the subject of art can be divisive amongst the masses, for one may prefer the paint upon canvas to be depicted in different shades, to represent the softness and tranquility of an azure sky while another may take to the artist who strews the color in a haphazard manner, as they coalesce into one another to mimic that which is felt within. But where the act to create such splendors are concerned, I have always preferred that which remains untampered, raw and unfiltered, like the sculptor who chisels the marble to reveal a face hidden beneath stone, bringing to life, the sorrow, pain, and despair as hands carve such lines into the rock, it is the subtle nuances, the imperfections I believe that bestows a sense of honesty into art.

This brings me to today’s release, “Det stora tunga sjuka” by Avskräde, an album that drinks upon the life essence of Raw Black Metal, using its constructs to bring into existence an atmosphere bred from a cimmerian womb. As i mentioned before, with the idea of art retaining its natural, raw state in order to amplify an unbridled emotion, Avskräde manages to hone and tap into the essence to craft a maelstrom of primordial noise, that exhales and air of malice fashioning a world in its very breath that feels decrepit. However, the album is not memorable due to its ability to mimic that which feels primal and decayed, no, it is the talent to harness this energy and aesthetic and imbue it onto the melodies so that it may accentuate the aura that is birthed.

The magic which surrounds these compositions exists not only in the musical architecture but the synergy achieved between the instrumentation variables and the production. The sounds that resonate from each track mimics a cocooning effect, whereby the listener is engulfed in cornucopia of archaic notes. Tracks such as “När stillheten stundar” and “Begäret” represent instances whereby these motifs are blended seamlessly into another, however, what must be mentioned, is that even though there exists certain intricate moments where the percussion and strings are concerned, it’s not actually the highlight of the song structure, but they do enhance the overall mood of the album.

In my personal opinion, to comment on solely on the guitars and drums, to dissect the merit gleaned from each component, would do a disservice to the album as a whole, as it can be compared to one who becomes fixated upon an individual star, describing its celestial traits while ignoring the cluster of magnificence adorning the ink of night. In other words, both aspects are interwoven into one another becoming a unified body that the flow of the blistering melodies even though creative in its output it acts more as the substance that grants life to this atmosphere. Another personal favorite aspect which elevates the energy of this release would be the vocals, for if the moment betwixt the last breath of life and death can be bottled and magnified, if a voice was gifted to it, i believe it would be the vocals on this album, for the manner in which the words coils itself around and into the melodies gives the sensation that life is being extinguished.

“Det stora tunga sjuka” can be likened to that of a forest where life has abandoned its soil and mirth and serenity has forsaken the air upon which the wind blows, but even that which withers may have tales that are carved into its nature. So too does this album exude in its motions, for Avskräde have managed to churn the breath of a dying forest, the very lingering wisps of life that anchors this corpse and transmutes such into the music that is heard on this release. This is the very reason why i would recommend this album, even though its sound isn’t ground breaking, the pinnacle of “Det stora tunga sjuka” would be the potential to summon forth a spirit from the most rudimentary and minimalistic elements, to take the listener upon a sonic journey, where one almost feels rooted in the dense and potent atmosphere. 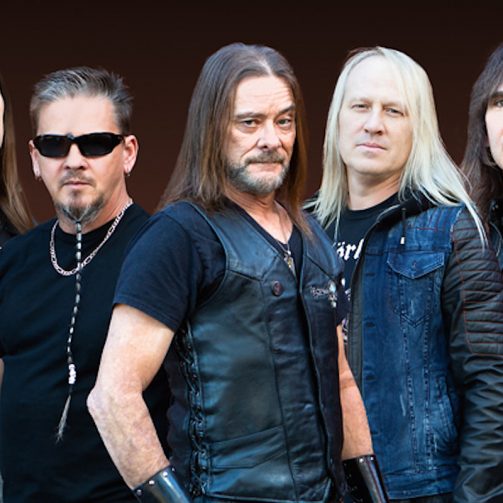