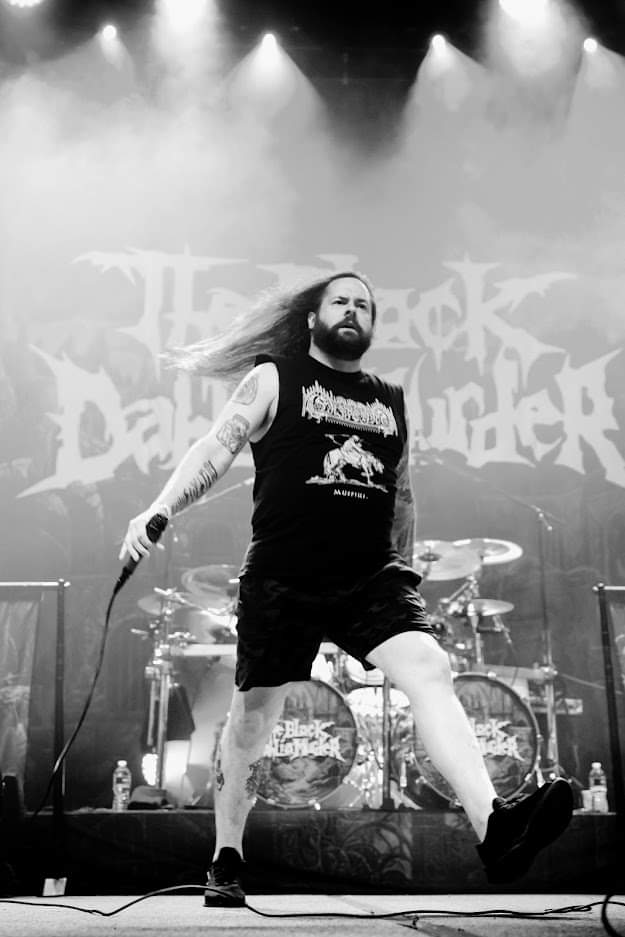 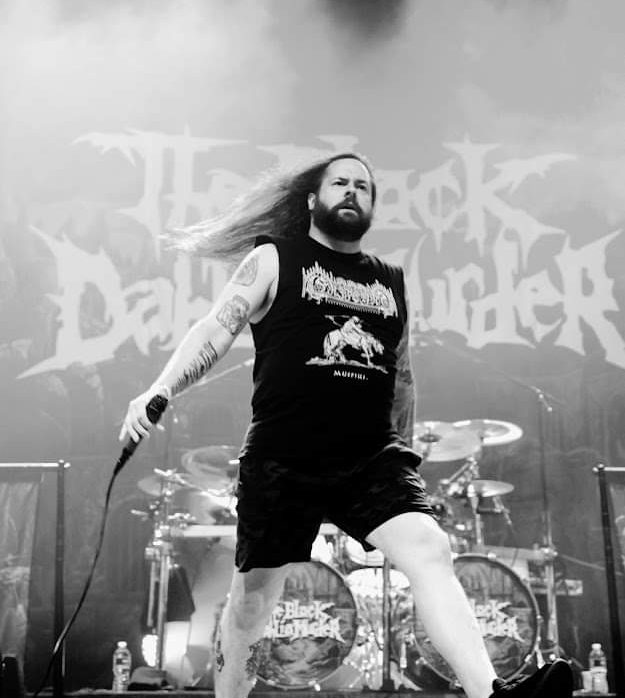 Throughout any journey, one may often come upon certain individuals who at first may perplex the mind, makes you ponder about the architecture of another’s being, ‘what exactly is enamoring about this individual?’, will usually be the question that is repeated to oneself.

As my thoughts become translated into these very words, it is these very words I wish that would never become a reality, to pen a piece as a tribute to an artiste whom myself and I am positively certain, countless others have admired and adored….Trevor Strnard of The Black Dahlia Murder.

To those who may be reading this entry, even thought my tribute may be but a trickle in the vast ocean of stories, mementos and recollection that has been ever flowing in the past few hours, my only wish is to honor a memory from a fan’s perspective, and if you, the reader would like to share your take, your story, I do urge you to do so.

My first recollection of The Black Dahlia Murder was stumbling across the music video, ‘Statutory Ape’ from a DVD that was comprised of different Extreme Metal bands, this was around, maybe 2009, if memory serves me correct, my first initial reaction was, “What the hell am I looking at?”. This does not mean that my thoughts upon the music and video were negative, quite the contrary, I was enthralled with what I was hearing but what presented itself in a peculiar manner was the packaging of such presentation, for if anyone is familiar with the video, it’s not the typical Death Metal video, the grim personas, the repugnant visuals that draped the atmosphere, instead, those stereotypes were replaced with a more festive…jovial setting with a someone in a gorilla suit running around while the band performs live, but what was more mind boggling was the aura of the front man…mind you, these were my early years into Extreme Metal and Metal in general, so viewing this from brand new lenses will sure leave one in a baffled state. As I was saying, it was the energy emitted by Trevor Strnard that bestowed upon the music a different angle to be viewed as well as enjoyed, here was a guy, in crusty red shorts, the word, ‘Heartburn’ tattooed across his stomach, short cropped hair and glasses, flaying his body around the stage, this person was responsible for crafting those sheer visceral vocals, I was absolutely astounded by this juxtaposition!

Fast-forward many years later the band’s immense talent has forged nine (9) full length album, each one distinct in their own right, yet there is a common connective tissue that binds them into creating a rather tangible world for the senses to inhibit, and in my opinion this was one the major appeal that Dahlia’s music presented, the ability to transcend its music and erect a structure that feels worn in and almost lived-in, for it is like one who is engrossed in literature, for in that short space of time, from what exists within those pages, the mind is transported beyond the ink, beyond the words, as pretentious as it may sound, I firmly believe Dahlia achieved such. But this connective tissue, what exactly is it? What is it comprised of?

Without discounting the musical prowess displayed upon each album, the actual composition and the fact that those melodies are responsible for breathing life into the belly of this beast, the very attributes that grants animation to the music, another aspect that I believe graces a rather potent vibe upon Dahlia was Trevor’s own injection through his influences of other bands. The ability to convey this, without appearing as though you are literally ripping out the page but instead using that which works and molding your own creation into it in order to birth a unique sound, well, in my opinion that was a strong point exhibited. As the music exuded felt as though it was created for fans by fans, what is meant is that, through various video and written interviews, one can discern that Trevor Strnard never appeared as a figure who is maintaining a larger than life stature, someone who may fashion a mythical presence to entrance the audience. Instead his demeanor was ….rather ordinary, and this is not a complaint or a negative remark on my end, no…it was quite refreshing to see a front man whose presence was quite honest and humble, the fact that he was just a fan like anyone, only difference (besides talent obviously) was that he was also an artist in his own right.

The way and energy that he emitted when speaking about Extreme Metal, even one without sight could see the passion behind the mannerisms for his dedication to the genre.

Not only that, it’s the bridge he constructed that in a way formed a path for newer kids to discover older bands, even those obscure nuggets that may go unseen but also ushering older fans of the genre into newer styles and facets of the same genre that they may usually ignore, those who may not even heed the newer wave of these Extreme bands.

‘The Obituarist’ was also a column he created and wrote for on The Metal Injection, a column that talked about Extreme Metal bands from different regions, a plethora of obscure finds, I am not even going to lie, allot of bands I ended up adoring, I owed to this particular column.

But what I also enjoyed were the memories he would recall in many interviews where he discussed the origin behind his carcass tattoo on his forearm, the ‘science’ behind him keeping up to date with everything that is being bred in the womb of Metal, the tour stories of him guest performing with Cannibal Corpse, not to mention him showing off his insane collection of physical music and tee shirts.

All of these recollections … with a smile, and as I said before, it was this quality imbued into Dahlia’s craft that made it much more connectable. We all had that dream, even if it was for a fleeting moment, even if it may sound absurd to another, the dream where you’re staring into the booklet of your favorite CD or gazing at the posters on the wall and projecting yourself into that world, in my own opinion, I’d like to think Trevor represented that, the kid in all of us that maybe wanted to be in a band, the incendiary spirit that which yearns to burn ever so bright.

Even though the body may not be a part of this world anymore, the legacy, the music …the art left behind, will surely be immortalized forevermore, never to wither nor fade, only for the spirit that resides within to become preserved in the memories of all the fans. 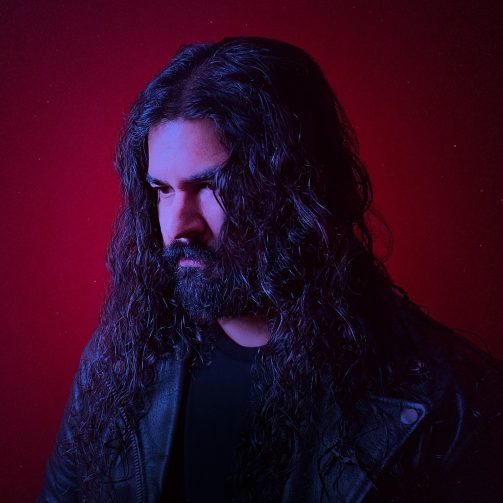