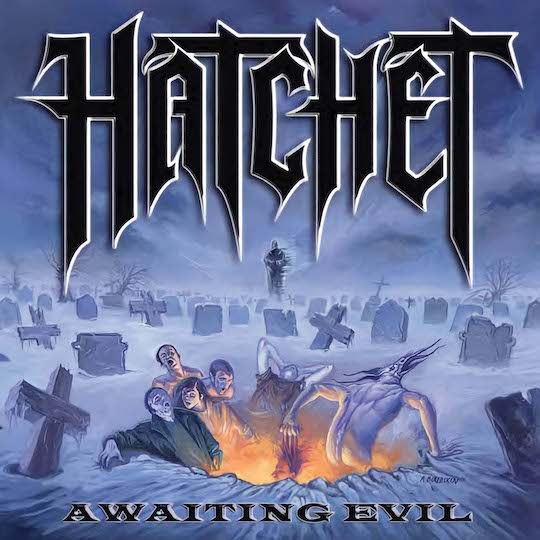 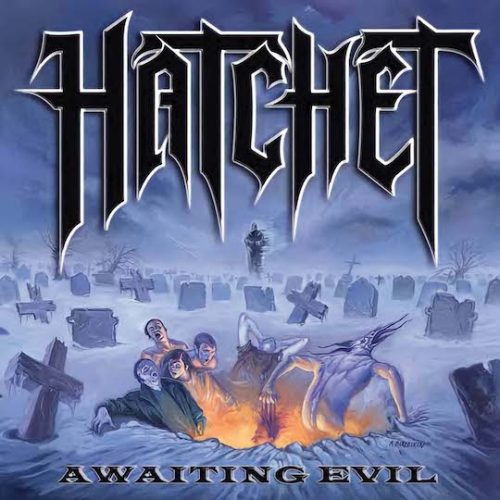 Thrash metal in the last 15 years has had such a massive resurgence and one of the bands which have been at the forefront of this movement are Hatchet who hail from the home of thrash metal in the Bay Area, San Francisco. This year has M-Theory Audio reissuing the bands 2008 debut album ‘Awaiting Evil’ on vinyl for the first time so that the world can once again see where it all began for Hatchet on the trendiest medium out there.

For fans of ‘Awaiting Evil’ and indeed Hatchet, this reissue is a real treat; this will be a limited edition delivered in a cool smoky blue colour alongside some cool linear notes written personally by guitarist Julz Ramos so that the purchaser can feel as close as they can to one of their newer favourite bands. Furthermore, as an added bonus, the purchaser will also get a link to two downloads of re-recorded tracks of ‘Frozen Hell’ and the title track done by the current line-up of Hatchet.

For those not of the vinyl persuasion, then this reissue is a total Vienna, it’ll mean nothing to you. However, for thrash metal vinyl enthusiasts then this Hatchet reissue is a good shout, but if you really fancy it, you better get your fingers clickin’ because guaranteed this limited edition will sell out fast. 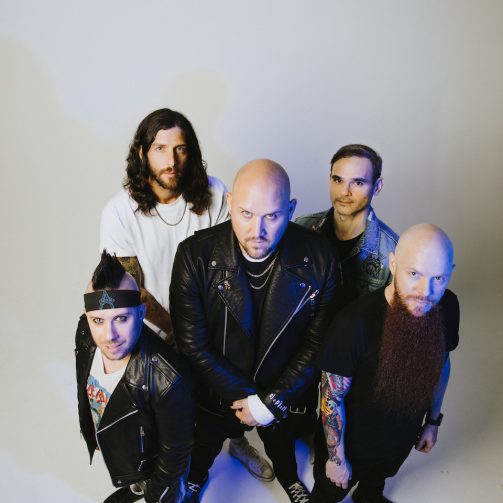