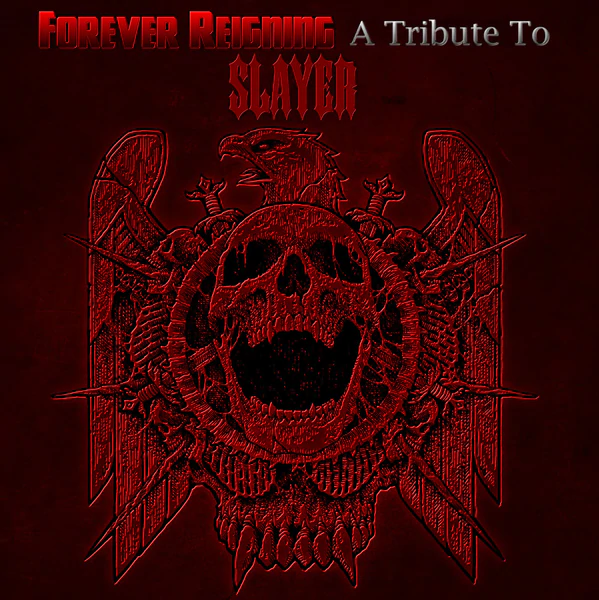 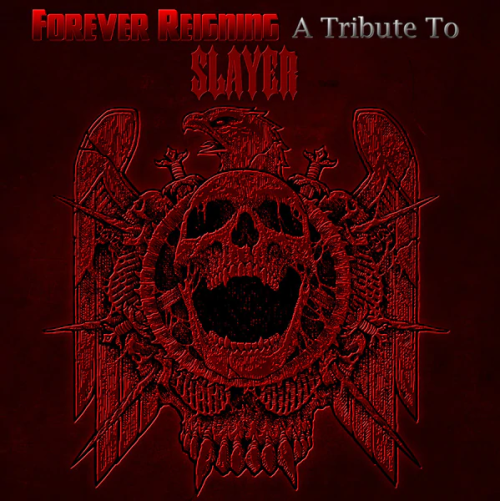 Slayer. Sorry. FUCKING SLAAAAAAAAAYYYYYYYYEEEEEEEERRRRRRRR!!!!!! Are one of the most revered and influential bands on the planet. Go to any metal nightclub and guaranteed you’ll hear ‘Angel of Death’ or ‘Raining Blood’ at some point during the night. It is hardly surprising that with the legacy they have, tribute albums appear left, right and centre and this year has Satyrn Studios releasing ‘Forever Reigning: A Tribute to Slayer’.

From its familiar opening of ‘South of Heaven’ provided wonderfully by Skrog, this compilation blasts through most of your Slayer favourites that are faithfully delivered and with loving adoration from bands such as Distal Descent and S.F. Incorporated with a special mention to Overt Enemy who drop an absolutely blistering version of ‘At Dawn They Sleep’, a definite highlight of this tribute compilation.

However, ultimately, that’s all this compilation is, it is a tribute album and whilst it does its best to pay homage to their heroes, it just isn’t Slayer. ‘Forever Reigning…’ is great to listen to once or twice or with the odd song embedded into a playlist here and there. However, it is a great way to introduce you to some cracking bands that have their own decent discographies to pursue when all is said and done, you might as well just put Slayer on. So, after you’ve done that, dig further into their catalogues, it’s more than worth it. 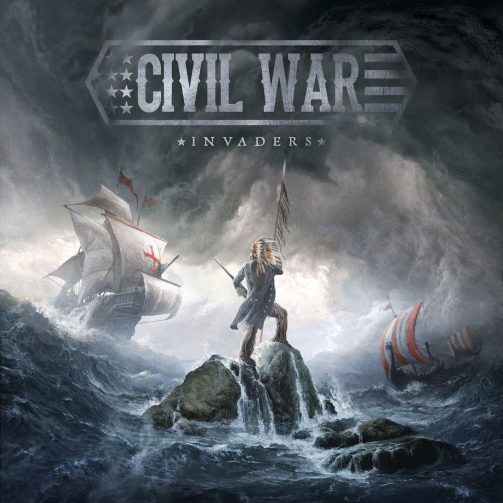