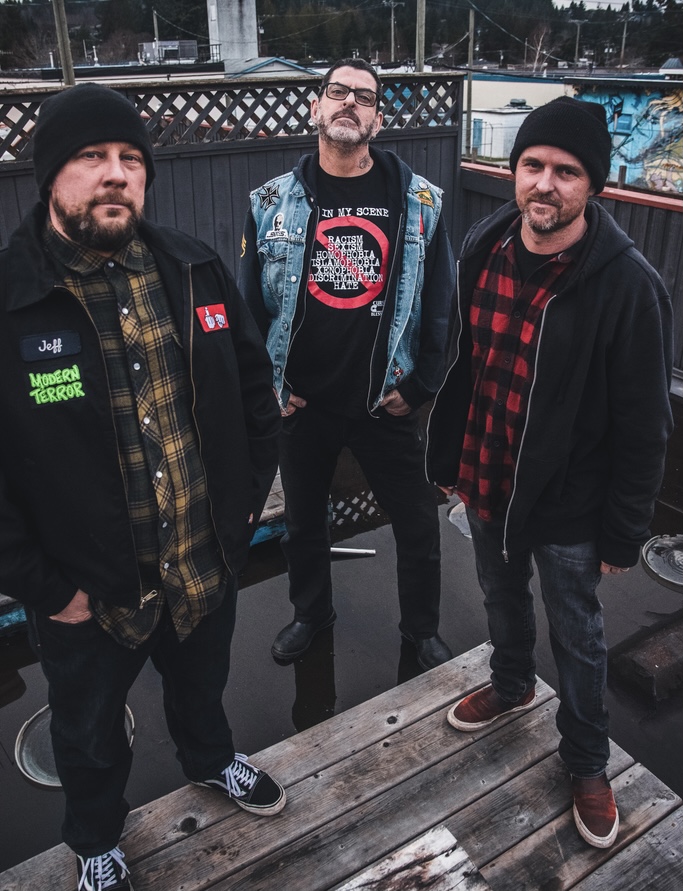 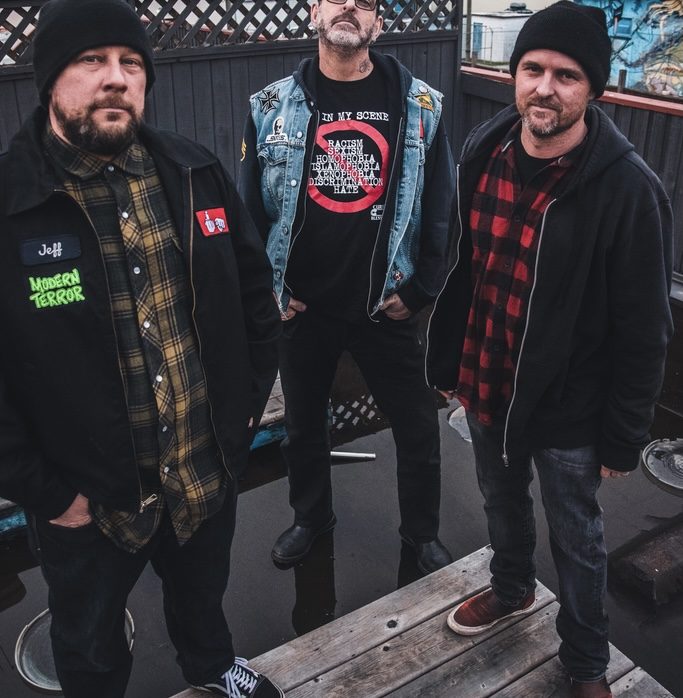 Modern Terror | They are catchier than COVID

In the tranquil ambience of the Sunshine Coast, BC, circa 2013, guitarist Jeff Doran and bassist Jamie Swann had a bunch of kicking hardcore punk songs and no drummer. A few blocks away, drummer Brett Hopkins had drums, a mouldy-smelling garage, and no band. Destiny intervened and, much to the neighbours’ chagrin, Modern Terror was born.

On April 15th, MODERN TERROR will be releasing their upcoming EP “Going Viral” via Cursed Blessings Records. We grabbed the opportunity to have a chat with Limo.

April 22nd is around the corner and we are all excited about the release! What were you most anxious about when creating this album?

What’s it like releasing a song during the pandemic?

I would say just dealing with the uncertainty of the pandemic made for an anxious feeling everywhere. Also the logistic difficulties that the pandemic produced created scenarios that were new and challenging but being on the road as long as I had been I was accustomed to having to “hurry up and wait”

Limo, you’ve been a long time NOFX crew member! Main stage tech and monitor guy with NOFX for 24 years and you also played keyboards for NOFX when needed. Any interesting backstage stories to share?

sorry guys but I can’t say as I would break the code of the road of what happens on the road stays on the road….unless I write a book someday lol

Before Covid hit us you played the entire North American tour with Pennywise. What was the most challenging and the most fun part of the tour?

We only did the shows in Ont and Qc but they were such a blast! I’ve known and toured with PW for years so that was like being with family as it was with Strung Out. We were lucky to get that tour as I was out working for PW on that run, and I jokingly told them if anything happens to the opener let my band open and my guys will work for free! We were supposed to be on Punk Rock Bowling at that time but I got the chance to work for PW and needed the money so I had to break Jeff and Jamie’s heart and say I had to cancel PBR but as luck would have itl one day I get a call from the big man, Fletcher. He says to me, The Isotopes have to cancel, your boys down? You got 5 mins. To that I said absolutely immediately! Strung Out was so awesome as they let us use their cabs and drums so I was able to offer my guys and even better deal then one show at PRB! That tour was amazing! Opening for such great bands in great venues really ups your game and we are grateful we had that opportunity

Your show with the Descendants in Vancouver is sold out. We rarely hear about sold out shows these days, and to me that’s a definite sign of success. How do you define success?

What’s one piece of equipment that every drummer should own?

And what kind of equipment you consider to be the ultimate luxury as a drummer?

Now, for the first time in 5 years the band is focused on creating and supporting music. What would you like to achieve and what’s the next milestone for the band?

We want to get out and have people hear what we love to do and help create that vibe that only playing a live exciting show can. We hope to get out and play as many shows in as many places as we can!! 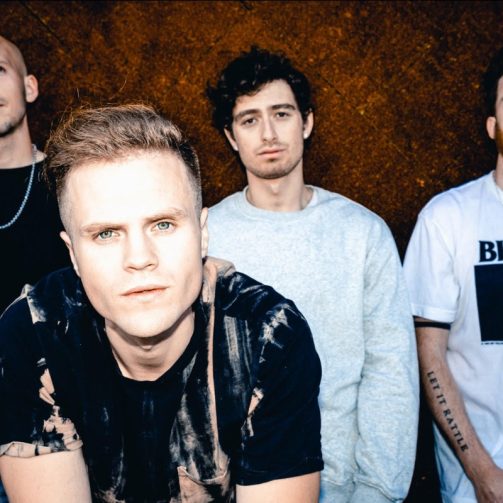