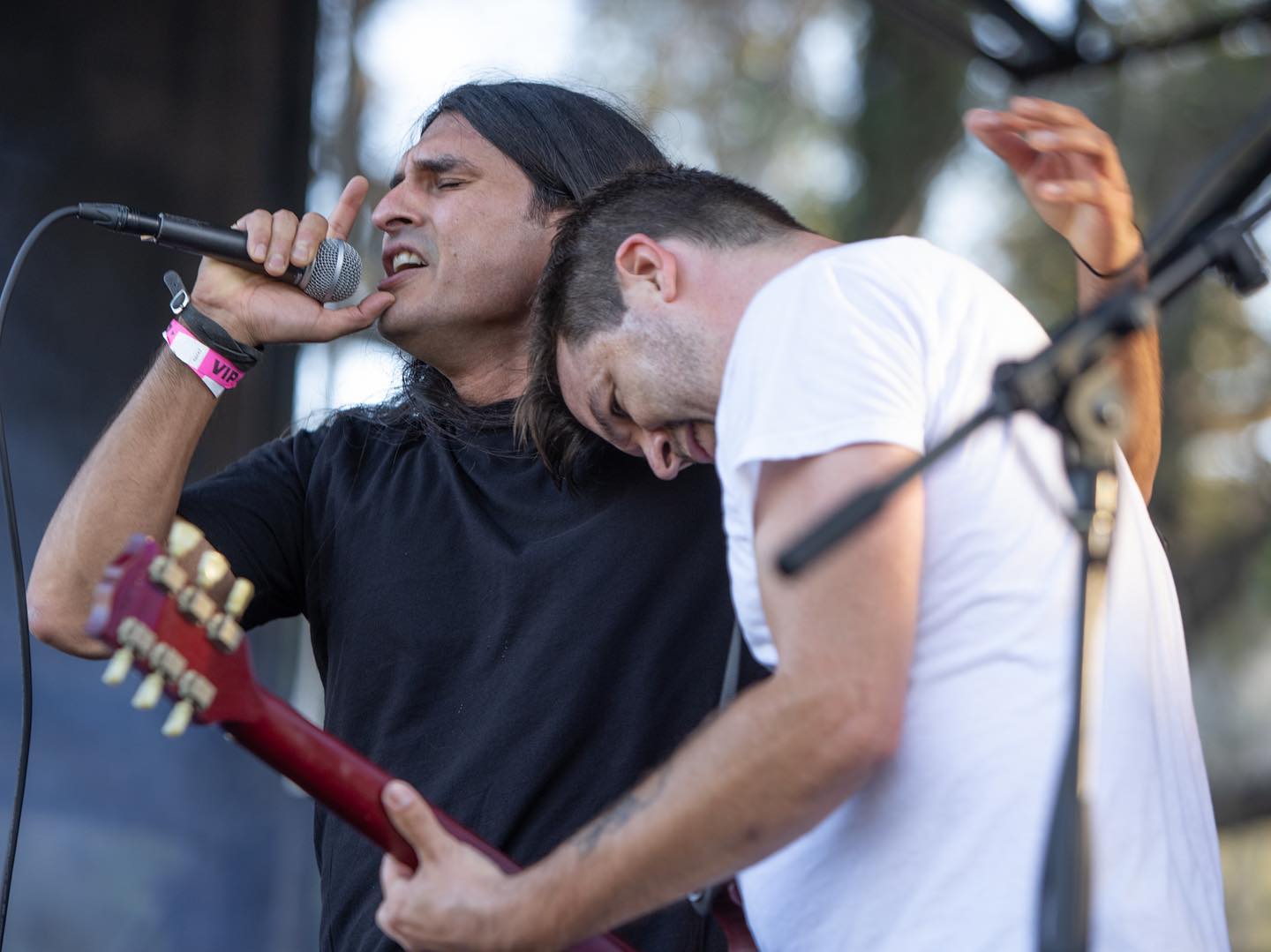 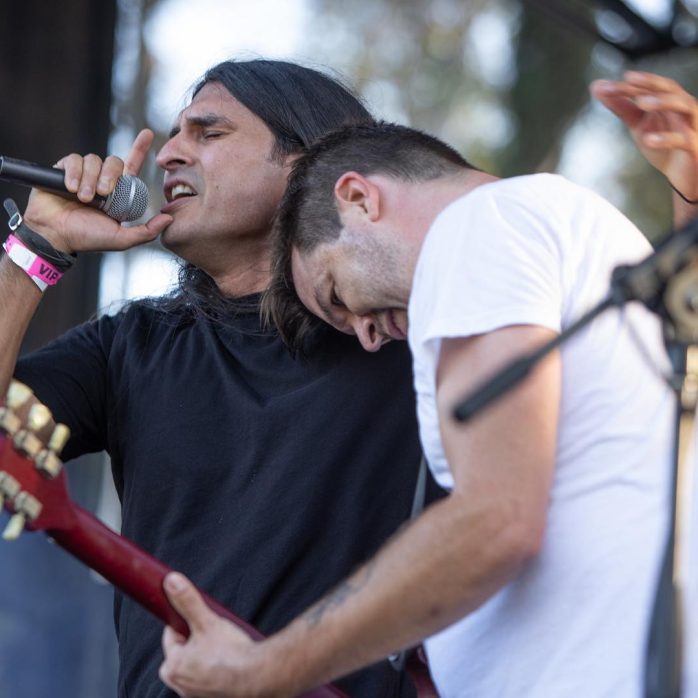 Ignite: The dumbest thing they spent money on in the last 60 days

Orange County icons Ignite has played high-spirited, socially conscious melodic Hard Core since 1993. Though long-time vocalist “Zoli” Téglás recently left the band, Ignite was not deterred. Enlisting Eli Santana (Holy Grail) they have pressed on and are perhaps better than ever. On March 25th, they will release a full-length self-titled album on Century Media. If the two lead tracks “The River” and “This Day” are any indication, we are in for something special. We had a chance to ask them a few questions.

Hello and thank you for your time. The new album will be released in about a month. Congratulations in advance. Tell us what we can expect.

Eli: Thanks so much, we’re extremely excited and proud of this record. You can expect 10 songs that we poured our heart and souls into. And you can expect lots of touring to make sure people all around the world know about those 10 songs.

Zoli fronted the band for many years. Now all eyes are on new vocalist Eli Santana. How did this new alignment come about?

Craig: Eli and I have been friends for over a decade. When the time came to start looking for a new singer I asked him if he might know of anybody that would be a good fit for the band. He replied “Mind if I give a shot?”. We sent him a couple of songs to sing on and what he sent back to us sounded amazing! After that, we got into a room for a proper audition and the next day he was working on demos for the new album with us!

“The River” addresses the immigration system in the United States, especially its effects on children and their families. Can you please expound on this?

Eli: It’s basically trying to put into perspective that these are people trying to seek a better life for their families to the point that they are willing to risk their lives. While I believe we should always do everything we can to secure the safety of our citezens, I don’t think putting children in cages and treating other humans like animals is something to be proud of. And to justify these actions, an entire race is demonized and used as political fuel. It’s bigger than politics or manmade borders.

The new album will be much of the world’s introduction to new vocalist Eli Santana. (Spoiler alert: he is amazing) What were some of the challenges in having a new vocalist? What does he bring to the overall band personality?

Craig: Luckily for us it wasn’t a challenging process at all. Once we had played with Eli we were confident he could sing the older songs. Then, during the demo phase of the album every new song that we worked on just kept sounding better and better! Eli’s also a great guitarist and songwriter so he was able to bring songs into the band that fit perfectly with the direction we were going in with this album. He’s also a great guy so the chemistry between the five of us just clicked right off the bat!

For Eli Santana: I checked out some of your playing with Holy Grail. Exceptional! Your new role with Ignite is obviously a departure. Will we see some guitar heroics on tour? What has been the biggest (pleasant) surprise so far?

Eli: Thank you so much for the kind words and giving my old tunes a listen. I actually did play a little on the record on the last day of recording which was a lot of fun. There’s no plans currently for me to play live but the beauty of making this a life a long career is that adding an additional guitar is a possibility, not out of novelty but necessity. The biggest pleasant surprise is how receptive fans have been to a new person. So many people have been so warm and welcoming, I’m already feeling like a part of a scene that I’ve been a fan of for decades. I was also pleasantly surprised that we were so prepared that we knocked out 14 songs in 14 days for this album. I’m so proud of this band and proud to be a part of it.

You are starting a tour in Denver, Colorado (not too far from me) on May 5th aka my parents’ wedding anniversary. I would to see you then. What was your single biggest challenge while on tour? Also, what was the most beautiful moment you’ve ever witnessed on tour?

Craig: Please be sure to wish your parents a happy anniversary from The Igniters! One of the biggest challenges while in tour is pretty typical of most bands that travel on a regular basis: long drives, flight delays, lack of sleep, etc.. But, if you love what you’re doing and you have a group of people that get along (even under the most stressful situations) it’s not so bad. We’ve been able to travel all over the world playing music and anytime you can connect with someone and put a smile on their face is a beautiful moment. We hope to reach as many people as we can with our new album and hopefully give them something to smile about!

Historically, the band has been known for its activism, including the Syrian refugee crisis and brain tumor awareness. Are there any causes you would like to promote today? Feel free to share links here.

Look back at yourself at age 15. What was your biggest concern? What were you most proud of? Where did you see yourself in 20 years? Now apply these questions to the present day.

Craig: Probably the biggest concern I had at 15 was scoring Metallica tickets! Proud to say I did and I was able to see them with Cliff. A teenager doesn’t even think 20 minutes ahead much less 20 years but my goal at the time was to get in a band and tour the world as a professional musician. Once I joined up with Ignite in ’97 I was on the path! Our biggest concern today is to bring Ignite’s music to anybody and everybody that will listen! We’re looking forward to creating more music, releasing more records and building our fan base!

What is the dumbest thing you spent money on in the last 60 days?

Eli: Gas. Just kidding but no really. I recently went and saw Bjork which was amazing. I really wanted some merch and I bought a shirt that I knew was too big for me because I wanted a shirt with her face on it. So now it’s just hanging in my closet because I look like a toddler when I put it on. Maybe if the Rock comes over and I can get him into Bjork he can have the shirt.

Craig: Thank you for taking the time to read this interview and we hope you like the new album as much as we do! 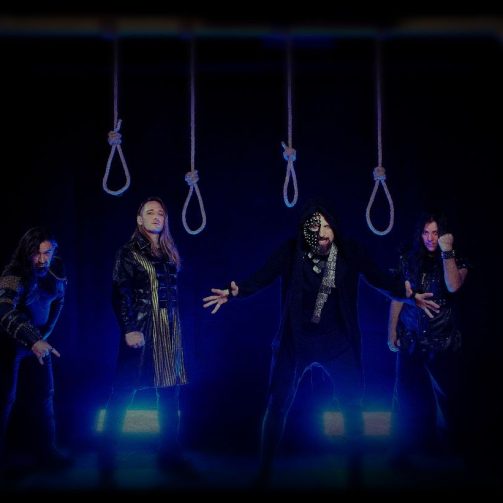