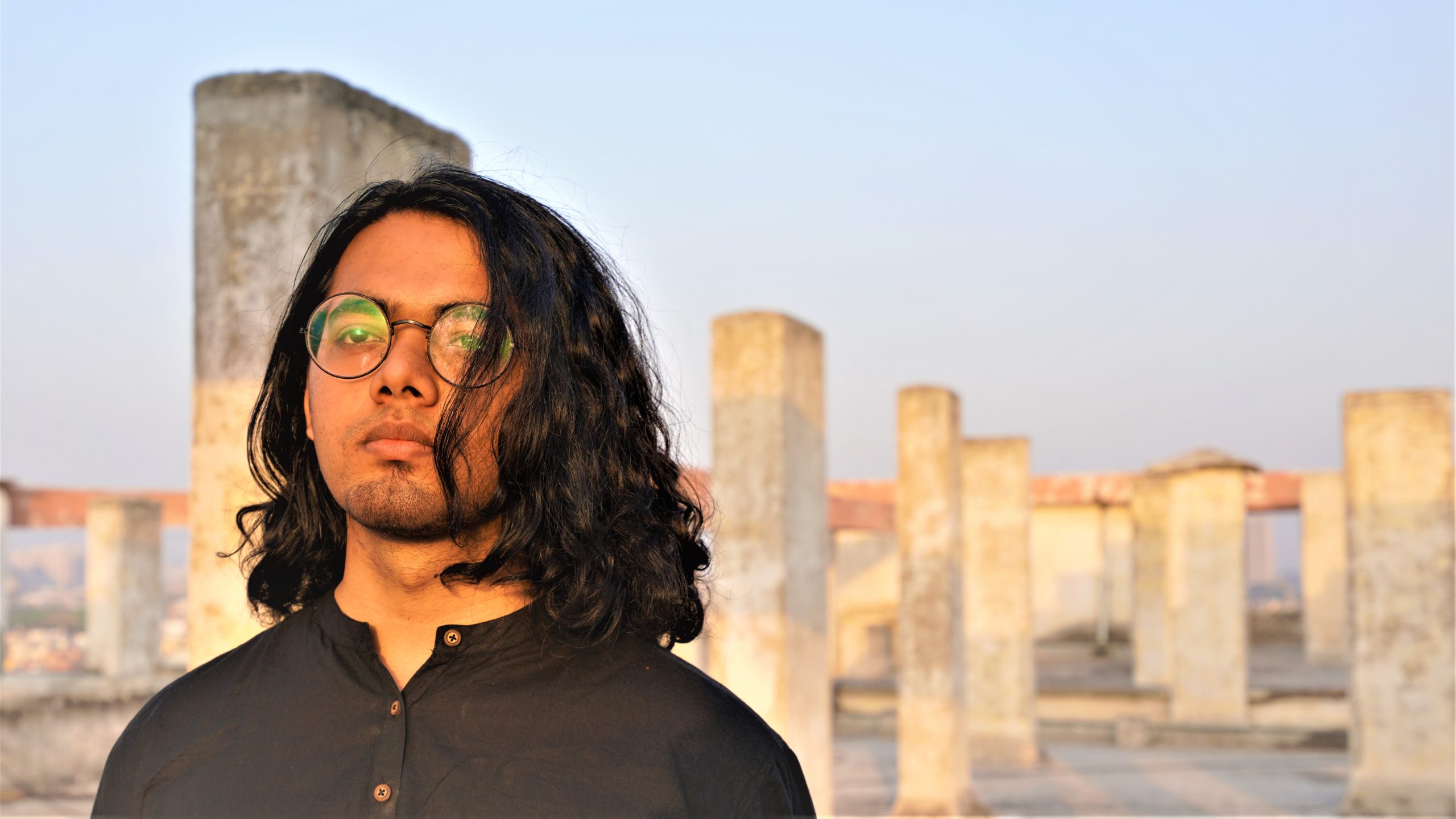 Friends from Moon: The tragic tale of a youthful man

“Astray” is an eight-track-long concept album with a heavy existential narrative. It’s a pure reflection of a state of mind where you begin to see through the surface of everything, question your worth, willingly detach from the optimist to embrace the pessimist. The songs transition from a happy to a desolate place in a dramatic fashion and are laden with long decayed, delayed sounds which are emotionally impactful for the listener.
“Astray” is a tragic tale of a youthful man and his encounter with formidable portions of his own personality which he succumbs to. The man has an inherent tendency to gravitate towards darkness that he explores more and more as we progress through the songs which initiate from vigorous punk, hard rock and then transform its way from somber prog rock to experimental-fusion to technical groove metal, concluding with melancholic ambient rock and an introspective soundtrack. The central theme is the character’s identity crisis and the need for belonging. Every thought and every motive of the man is subconsciously spurred by that.

There is an impending doom which is caused by him feeding the darker shades of his personality which eventually consume him.

The idea for the concept album was influenced while I stumbled upon the movies and short stories of H.P. Lovecraft and his fixation with concepts of humanity’s insignificance and decadence. “Astray” loosely follows the idea similar to lovecraftian plots like ‘The Scientist gone mad in his quest for life beyond the human senses’ or ‘The encounters of the distressed protagonist with eccentric cosmic entities which somehow prove to be the answer to his life’s riddle.’

Just like the culmination of his stories, the protagonist here too, meets a tragic end.

The concept is very much biographical.

For a period of 6 months during which the album was written, there were a lot of unhealthy practices that ran in parallel motion. When I look back, most of it was the result of the aftermath and consequences of the second wave of Covid in India. The mood of the album is synonymous with that time in my life when everything had come to a halt. Worst situations that an artist could find himself in happened. Creative block, Ill mental health, Social cut off, Family feuds. Cinema plays a huge role for me to function as a musician.

I found myself obsessively binge watching films with themes of emotional sterility, existential horror and dreadful loneliness. Although it’s a prerequisite to separate the emotion from intellect in order to not get consumed by these themes, I became a prey this time and that influenced my songwriting.

The narrative opens up with punchy and overall optimistic tracks ‘Rage On’and ‘Rebellion Road’; where we get introduced to an ambitious yet disillusioned chap. The emotional turmoil is prevalent from the inception which has been induced by him being a misfit and an inhibited person in his surroundings. ‘Rage On’ portrays the character’s innocence, naivety and attempts to reinforce the idea of hope. “Rebellion Road” has a revolutionary appeal of a punk rock song joined by a heavy-handed balladry and immodest self-analysis. The two tracks which are thematically alike are a playground of the chap’s unsuccessful attempts at identifying himself with a conventional society. Towards the end of ‘Rebellion Road’ he is ready to give up the attempt to pursue a standard amicable social life, that according to him, is not made for him and is ready to follow the path led by his heart. The end of these two thematically encouraging songs is rather discouraging (and later tragic) in the storyline. The child is lost and a cold proud man is born with an unbreakable integrity.

‘The Enemy’ is the most crucial point in the storyline wherein the recognition and transition of the character occurs. The primal nature which was dormant until now is waking up and the innate desire to know, explore darker and deeper subjects is on the rise. This is where a murkiness begins to show in him. The soundscapes too transform from hopeful to foreboding in nature which is synonymous to the transition of the character from a disenchanted youth to a dangerous rover; thus, ‘The Enemy’.

‘Astray’, the title track, is his first footsteps towards darkness, ‘the road less taken’. The sounds are dystopian and melancholic in nature which translates well with his state of mind. The first half sounds almost like an otherworldly requiem for his lost innocence and rightfully so. The impassioned man has willingly left behind his past self and has entered a landscape of mysteries with a newfound conviction, which unbeknownst to him, is going to be his doom. Similar to ‘Astray’, ‘Come Together’ is a sonic description of the landscape but more hostile and eerie. This is the first time industrial and oriental sounds come into play together.

The popular chorus of the original song by The Beatles, acts here as a warning call for the character to stop his pursuit of the unknown and return back.

‘Marvels beyond Madness’ is the highlight of the album. This is where all things culminate. The longest track on the album, the sounds reek of pure malevolence and horror. The action happens when he is confronted by a Lovecraftian monster-like entity which is, throughout, a metaphor for the darkness inside him. The crux of the album becomes clear now which has all been about the need for acceptance and belonging. This frantic quest for a home has twisted his mind and soul towards the end. The ending lyrics of the song, “take all of me, show me your secrets, marvels beyond madness, break me apart”, is a fearless appeal to himself that now he is willing to lose everything and doesn’t fear death in order to belong to a home.

‘Riverine’ is like a rainbow after the storm. After a series of dark and chaotic sounds and themes, this proves to be a beautiful lullaby song. The character, like a benevolent spirit, is addressing a curious child to seek and desire beautiful things in life. His encounters with the maddening chaos has taken a huge toll and now his journey is coming to an end. The outro is a deeply melancholic, sorrowful farewell by our hero.
Following the same sorrowful manner, ‘Of the Spirit’ acts as an ending credits song. A transition from Rock/Metal soundscapes to Soundtrack is apparent and it’s the only instrumental track in the album.

About ‘Friends from Moon’:

“Friends from Moon” is the solo project of an Indian musician, Ritwik Shivam; a moniker which was inspired by his first hallucination trip under a full moon. It was born out of his vision to construct a world where every broken soul could dive and feel a certain strength and acceptance.

He translates the motifs of fear, melancholy, magic and escape through a bed of sounds laden with reverbs, echoes, pounding drums, dreamy arpeggiated synths and bold-distorted guitar sounds.

“Friends from Moon” is a melting pot of many diverse influences from around the world, major of which are Colin Stetson, John Williams, Mikael Akerfeldt. A few prominent genres that can be heard in his music are Progressive/Symphonic/Alternative Metal, Alternative/Post Rock, Soundtrack.

His soundscapes are characterized by the use of long decayed and delayed sounds. He resonates with Phil Spector’s “Wall of sound” technique which utilizes reverb-soaked, multi-layered instruments that together feel wide, majestic and gigantic. At the same time, he also enjoys making music with a minimalistic approach that’s apparent in his classically influenced instrumental tracks.

His body of work is in many ways, miles apart from each other in terms of musicality. Listening maniacally to an ambient record and a death metal record on the same day has resulted in a style that’s devoid of one genre and has enabled a bipolar tendency towards songwriting.
Danny Elfman’s music in the grandly orchestrated Tim Burton’s classics, Jesper Kyd’s dark and somber soundscapes in video games, Devin Townsend’s spiritual take and sonic gigantism; all contribute too much to his sonic palette. He also draws inspiration from Horror and Dark Fantasy; touches of which can be found in tracks like “Saruman the Black”, “Astray” and “Marvels beyond Madness”. 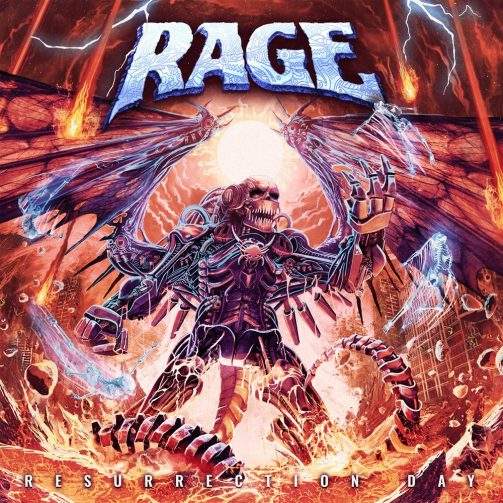