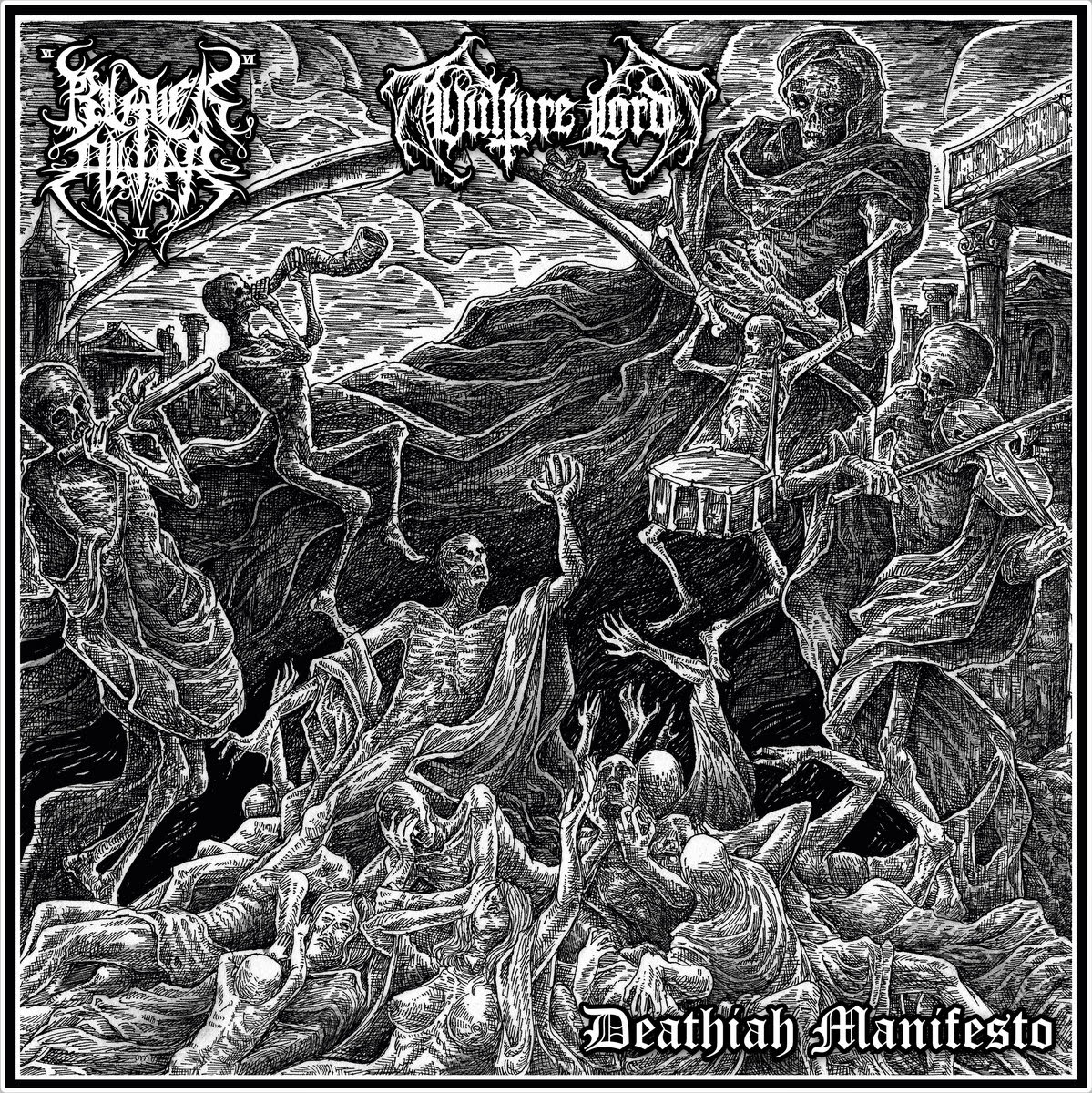 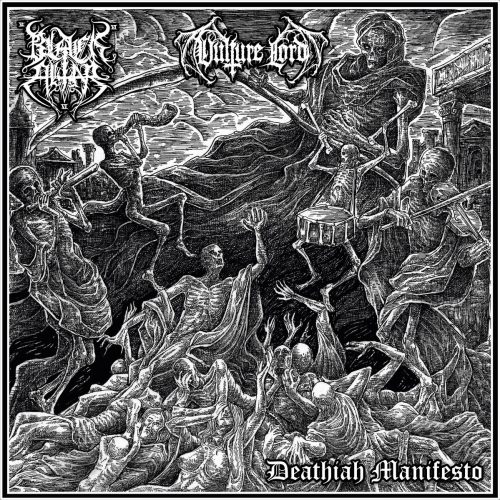 Why waste your time releasing a single EP when you can team up with some of your mates and release a split EP. It’s more bang for your buck and you get to share the stage with some of your peers. Two such bands are Black Altar and Vulture Lord who have combined forces for a black metal onslaught with their latest split ‘Deathiah Manifesto’.

What Black Altar and Vulture Lord have delivered with ‘Deathiah Manifesto’ is a fantastic slab of black metal. This is raw, this is old-school, and it is packaged up in a production that will have the listener fully surprised that ‘Deathiah Manifesto’ was not released in 1990/91, recorded on cassette in a rehearsal room in Norway and passed around friends to be recorded over and over again. This means that both Black Altar and Vulture Lord bring a sense of integrity and honesty to these recordings that is quite often sanitised from a lot of modern black metal recordings. Out of the two, Black Altar has the more traditional black metal vibe going on, ‘Nyx’ and ‘Sacrilegious Congregation’ have the Polish black metal power of Besatt, Kriegsmaschine and of course, Mgła whilst Vulture Lord take the black/thrash route with all the appeal of Darkthrone, Aura Noir and Witchery as well as late 90’s/early 2000’s Immortal.

With ‘Deathiah Manifesto’, the listener gets something which is nothing short of excellent, it’s two EPs for the price of one as both bands battle it out and as they stand, bloody and knackered, they embrace and share the spoils equally.

"nothing short of excellent"
80 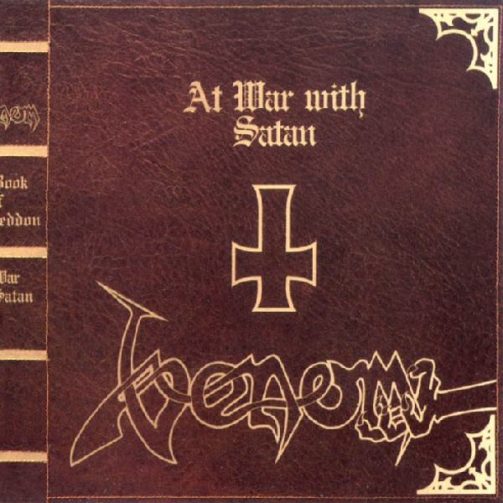 Venom – ‘At War With Satan’