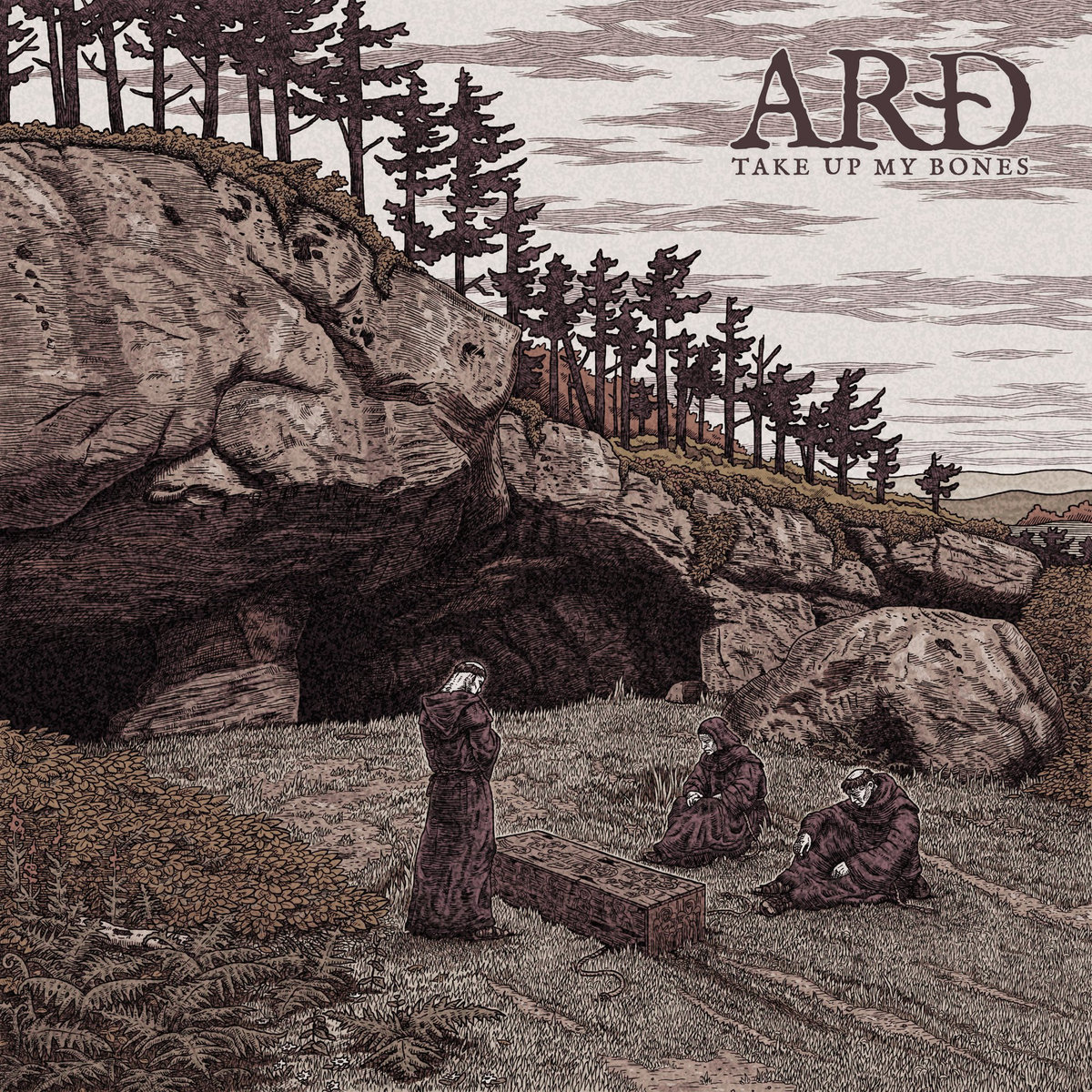 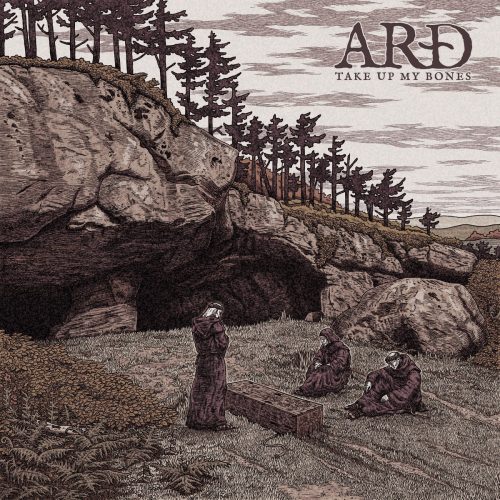 One thing deliberately missing from the “FFO” above (because it’s a “feeling” and not a name; and even I am not that oblique) is this; “Those moments in Aronofsky’s films when the Clint Mansell score completely overwhelms the on-screen action”. This whole record is like that; and as one of Clint Mansell’s biggest fan-boys, I can assure you higher compliments than that don’t happen often. Or ever.

Arð is the one-man passion and brainchild of Northumbrian history scholar Mark Deeks, and “Take up my Bones” is one of the most singular and unique albums you will have heard in a very long time. Bringing elements of Medieval plain-chant, folk metal, and lugubrious doom together in a rich and deeply transcendent melee of piano, cello, chorus, and metal instrumentation in a simply breath-taking and achingly beautiful way that is utterly inspired.

Although considered a solo project, there are some deep killer-level collaborators on this record; Dan Capp of WOLCENSMEN, Callum Cox of Atavist, and heart-breaking and sublime cello playing from My Dying Bride’s (and elsewhere) Jo Quail. Not necessarily a trio you’d put together to make an album of magisterial folk metal telling the legend of the 6th century Northumbrian St. Cuthbert. Then again, I have absolutely no experience of doing exactly that. And neither do you.

This should be an easy review to close with a 5/10, “Too niche” or a nailed on 10/10 “The most unique album this year…etc” It’s so damned difficult to quantify, to express just how cinematic and epic it sounds. It may just be a deeply personal take on a subject and a historical figure that nobody has ever tackled before and sounds so unlike anything else. Irrespective of all that, it is a work of genius I whole-heartedly applaud.

"The most enjoyable “Challengingly different” album I’ve had the pleasure of in a long, long time. I don’t care if you don’t get it. Not one bit"
90 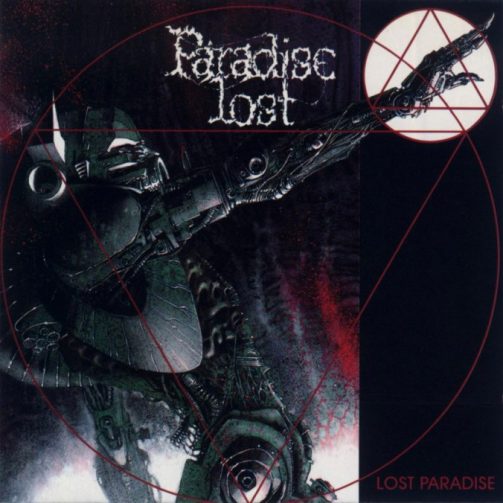