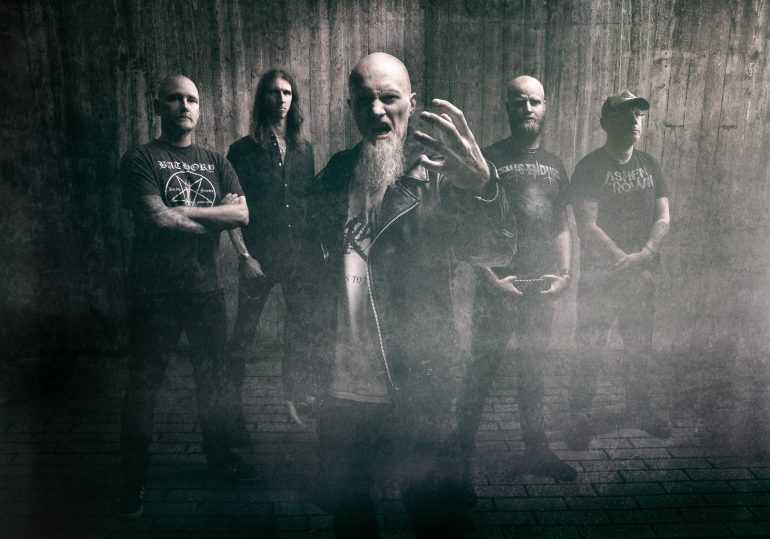 While Darkened made a none-more-auspicious start with the Into the Blackness EP during the summer of 2019, it was the band’s debut album, Kingdom of Decay, where they literally EXPLODED onto the scene. Proud and pure death metal, no more but definitely no less, it was not at all surprising that Darkened made an immediate impact given their lineup on that debut full-length: drummer Andy Whale (Memoriam, ex-Bolt Thrower), vocalist Gord Olson (Ye Goat-Herd Gods / Demisery), guitarists Linus Nirbrant (A Canorous Quintet / This Ending) and Hempa Brynolfsson (Excruciate / Ordo Infernus), and new bassist Tobias Cristiansson (Grave / ex-Dismember). Patient and punishing, they proved that true songwriting stuns and crushes when practiced by masters of the death metal craft.

Now, as presaged earlier this year by the quick-hitting Mourn the Dying Light EP, Darkened arrive with their massive second album, The Black Winter. Immediately, their trademark sound is in place – clear & crushing riffs, grooves like a tank, an overall world-eating sensibility – but delve deeper and one will find Darkened expanding their already-considerable powers. Most prominently, there’s a surprising amount of atmosphere being explored on The Black Winter, true to its namesake. The resultant spaciousness is somehow just as suffocating as the band’s now-characteristic density; whether it’s in the riffing itself or the very subtle touches of synth underneath, the album certainly bears a unique-yet-unified aspect. From there, melancholic twists and wistful melody are seamlessly integrated into the Darkened onslaught of sound, which alternately pushes the aggression to murderous levels and the doom to the darkest depths; put another way, everything here sounds HUGE. And credit for that must go to Linus Nirbrant, who handled The Black Winter‘s production, as well as mixing & mastering by the Dan Swanö at Unisound – truly, one will not find a clearer yet more crushing death metal record this year!

As these endtimes take on a muted resignation, it’s only bleakly fitting that Darkened provide the soundtrack with The Black Winter…

Hear for yourself with the brand-new track “Blood” HERE at Edged Circle‘s Bandcamp, where the album can also be preordered. Cover artwork, courtesy of Juanjo Castellano Rosado (Unleashed, The Black Dalhia Murder, Gates of Ishtar), and tracklisting are as follows: 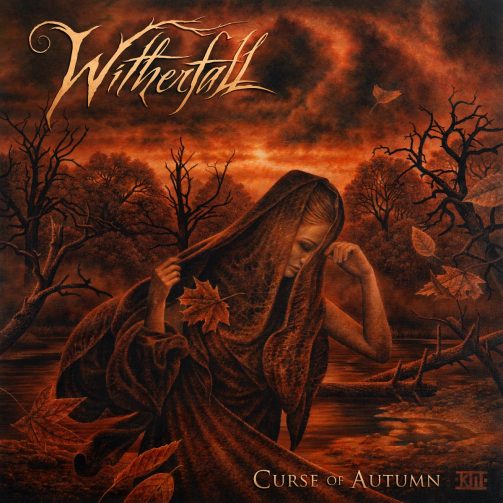 Witherfall Share “The Unyielding Grip of Each Passing Day” Video