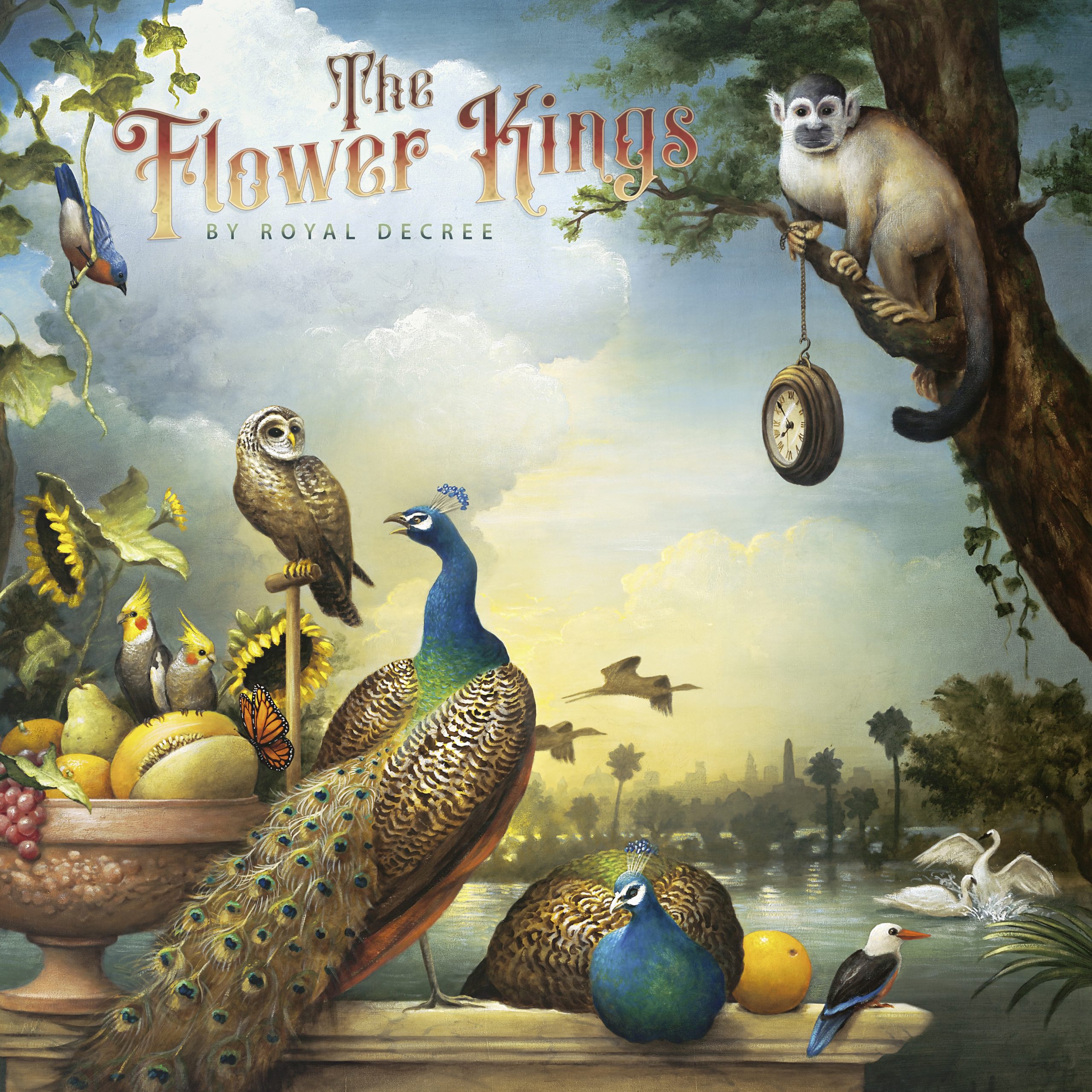 The Flower Kings – ‘By Royal Decree’ 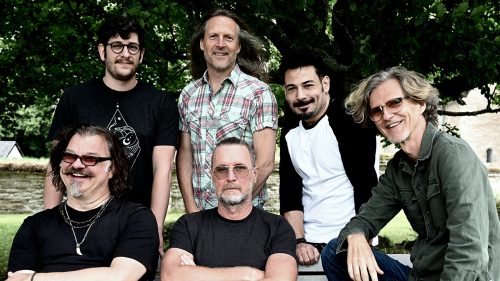 Bringing us a third double album in such short shift is quite an achievement. It’s not even two years since Islands, and only a year further back was the “comeback special” Waiting for Miracles. That’s a whole heap of creativity, melodies, and immense playing and recording workload. Has the quality suffered as a result?

Eighteen songs over two discs, and a running time of over 92 minutes, there sure is some material here, and a whole lot to take in. Here we find the band, in particularly founder Roine Stolt, revisiting their classic early style, and indeed some earlier songs that even pre-date The Flower King’s formation. It shows too; this album feels a little like a career-spanning “Best Of….” but constructed of songs you didn’t hear first time round. The obviously analogue recording, and stunning production values further enhance the retro feel. In a move that certainly isn’t classic Prog however, gone for this release are the epic long-form compositions that genre is infamous for, nothing here gets past the 9-minute mark, and by and large each song exists in its own little universe.

Fans of TFK from the classic early era will feel fully at home with this record, all the flair and musicality is present and correct, and the majority of the songs prioritise melody over complexity. There’s even stand-alone percussion as well as drumming (5 prog points for that!), and the stand-out keyboard work is straight from the Patrick Moraz/ Kerry Minnear school of atmosphere and 70’s sounds. Overall, a tour de force of classic Prog performance.

There is something distinctly appealing about how this album sounds so familiar, and manages to stay clear of the overblown excesses in the era its ethos resides. That is also the downside; even though these are all new songs to the listener, there is maybe too much familiarity. Well written, and beautifully performed and recorded the songs may be, but full of originality? Maybe sometimes nostalgia is too safe a place to reside.

"There’s nothing really to fault, but equally nothing remarkable"
60 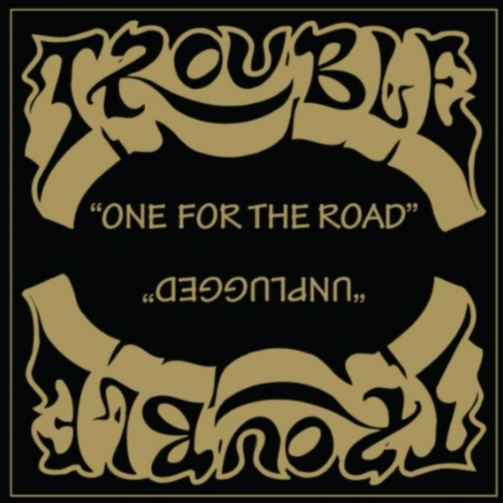 Trouble – ‘One For the Road/Unplugged’ (Reissue)