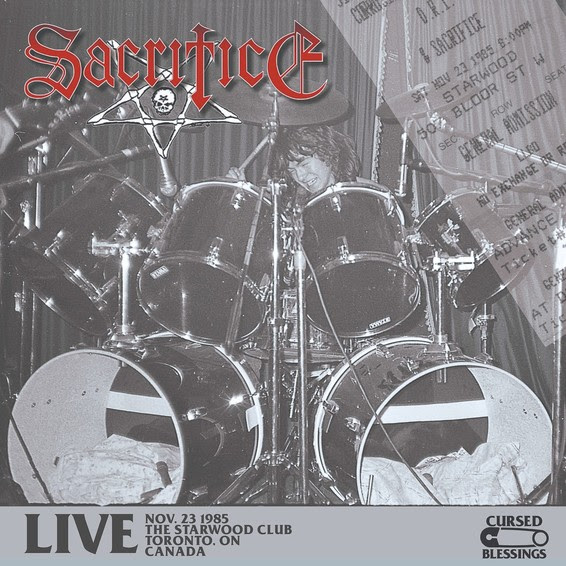 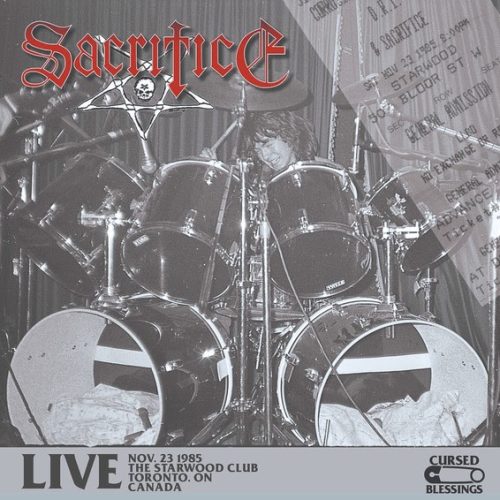 The Canadian heavy metal underground spawned the likes of Voivod, Exciter and Anvil, but beneath these relatively well-known bands are a plethora of Canadian bands all playing their brand of Maple Leaf Mayhem. One such band are Sacrifice, who this year are having something special released by Cursed Blessings Records; a live recording of their show supporting Corrosion of Conformity and D.R.I. on the 23rd November 1985.

What ‘Live in 85’ shows are a band at their most primordial, they are barely crawling out of soup which spawns every band on the planet. But you would never guess that this band were still infants as this show has Sacrifice firing on all cylinders, this is a band hungry for success and with something to prove to world. Yes, this is a very raw recording, and it can be said that quality wise, it is probably only a little better than bootleg quality, but that doesn’t take away from the raw energy which powers this live offering forward.

However, this release is probably better reserved for those who ‘were there’ and probably like to tell people that. But also, if you are the sort of person who likes to collect underground thrash metal releases then this is a release for you. ‘Live in 85’ is strictly limited edition and once it’s gone, so you better dig deep and get ordering.

"for the underground thrash metal connoisseur'
50 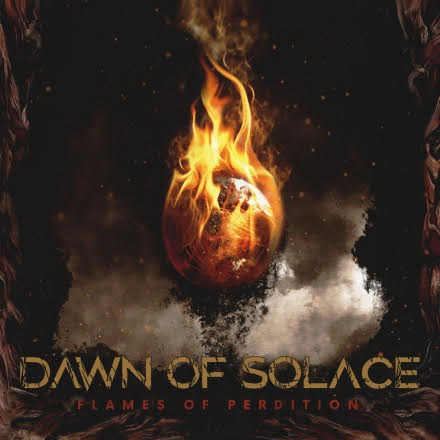 Dawn of Solace – ‘Flames of Perdition’