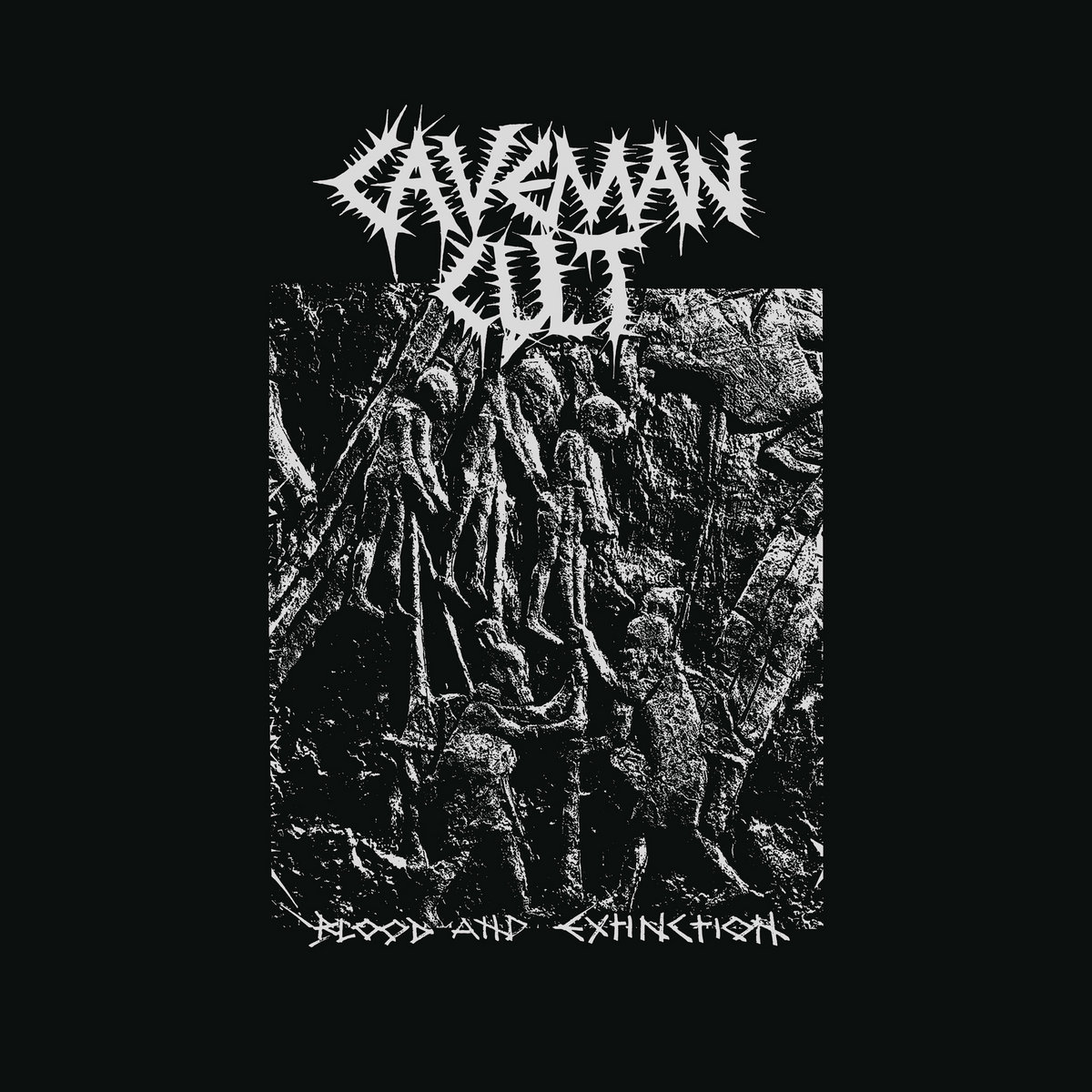 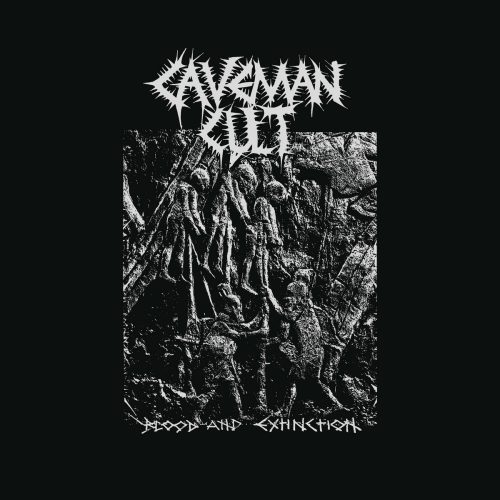 Raging and exploding, “Blood and Extinction” from America’s Caveman Cult offers no sanctuary, no solace and no peace. This is not easy listening, this is not refined or composed, this is not forgiving and not understanding. This is more of a mass of sounds pounded together with blood stained hammers. Listening to this album will make your teeth hurt.

Blastbeats galore, a guitar tone that makes you question if it is in fact a guitar, and vocals so raspy and nasty that you’d find it hard to believe that they came from a human. Caveman Cult have truly created something repulsive and grotesque, but they have done it very well.

War metal is a very acquired taste, but if you have acquired it, then this band will certainly hit the spot. Surprisingly audible distinction between instruments and a production that despite its cacophonous first impressions is very impactful. The vocals cut through the mix with mean ferocity and veracity, yet the vocal technique is commendable. It may be argued that for the standards of war metal, Caveman Cult have hit high.

“Blood and Extinction” offers little variation in texture, with each track mostly indistinguishable from the next, this criticism is entirely subjective. It would be interesting to hear the sound open up with rhythmic and tonal diversity, perhaps taking bands like Archgoat as inspiration. 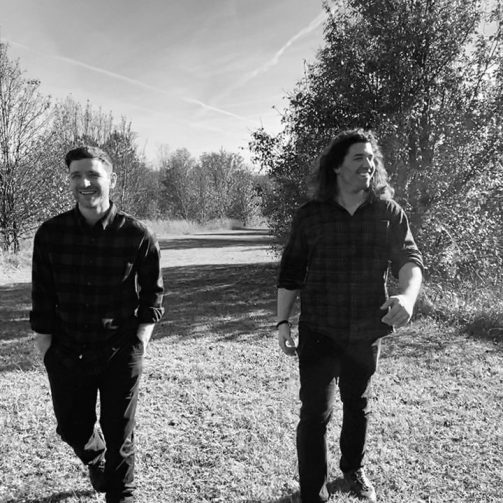