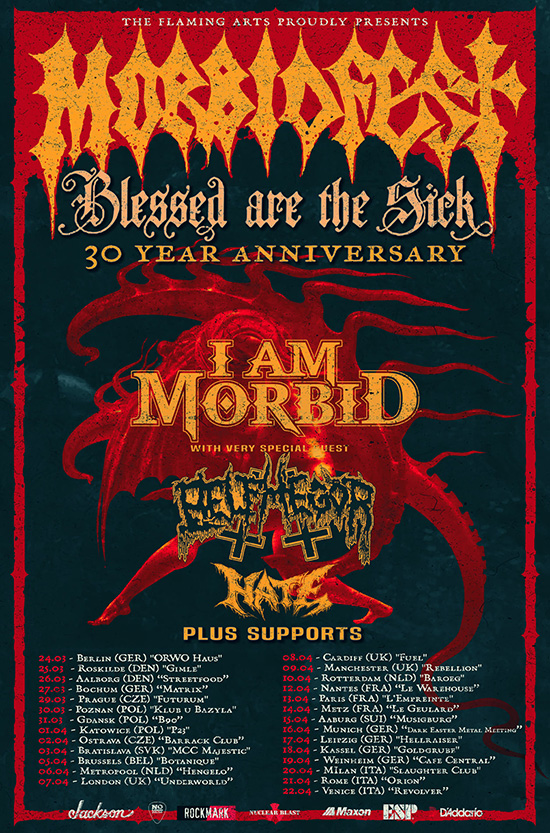 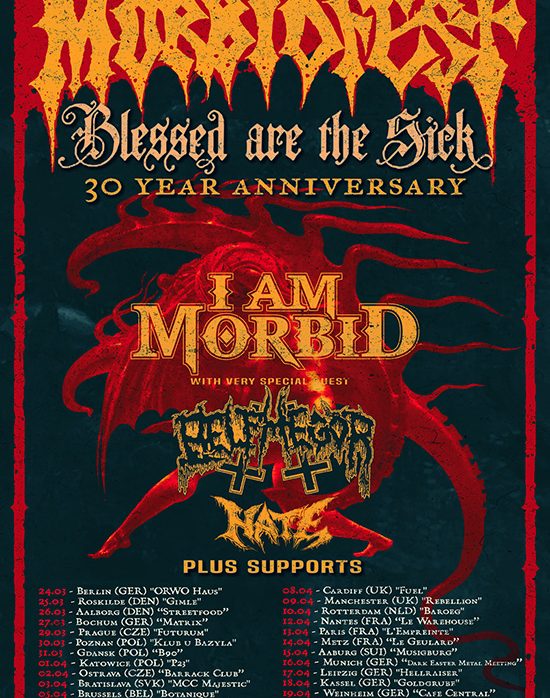 Hate announces European tour with I Am Morbid and Belphegor

MORBIDFEST Tour 2022 to celebrate the 30-Year Anniversary of the release of the ‘Blessed Are The Sick’ album!

Headlined by the mighty I Am Morbid, MORBIDFEST Tour 2022 is dedicated to the 30-year anniversary of the release of the ‘Blessed are the Sick‘ album. Initially announced for 2021, the MORBIDFEST Tour had to be postponed due to the pandemic. But, it’s finally happening in 2022 with even higher anticipation!

MORBIDFEST Tour 2022 will include a touring package supported by two very special guests, Belphegor and Hate!

Hate released their new album, Rugia, last October via Metal Blade Records. Watch the stunning videos for the album, stream and purchase it via: metalblade.com/hate

No one combines death and black metal quite like Poland’s Hate. With unflinching viciousness and a sense of atmosphere unique to the band, on Rugia, their twelfth full-length, they push the boundaries of their craft even further. “It was clear to me that it should build upon and evolve from our previous record, ‘Auric Gates Of Veles’ (2019), both musically and lyrically. However, every Hate record stands as a separate journey, and never twice to the same place. You never know exactly where it will lead you,” states vocalist/guitarist ATF Sinner, who has led the band since 1991. Fresh blood in the band’s line-up also helped contribute to Rugia‘s unique sound. Pavulon (drums), who had played with the band since 2014, was forced to step down from the band due to serious health issues. The band tapped Nar-Sil (Neolith, Virgin Snatch, Embrional) to take his place. “Working with a new drummer this time around was a fascinating experience for me. Nar-Sil’s technique and presence are quite different from Pavulon’s, and that definitely comes across. I believe we managed to construct a refreshing new chapter to our discography, composing nine truly sinister onslaughts of pure rage.“

The band elected to once again track the album in the Hertz Recording Studio in Poland, and it was recorded, mixed and mastered by the Wieslaski Brothers (Behemoth, Decapitated). Everything was laid down over about two to three weeks, with longtime collaborator Michal Staczkun providing the ambient elements of the band’s sound. The only struggle came about at the mixing stage, where the final character of the record emerges. “Here we encountered many problems, contradictory visions too. The producers had their own idea for the overall sound, which differed from what I had in mind, so we were trying to find a good compromise and it took us a few months.” Given how strongly the personality of the record shines through, it is safe to say that the compromise reached was definitely in its best interest, standing as perhaps the best sounding record in the band’s long career. Hate is also celebrating thirty years of activity with Rugia, Sinner affirming he is as driven as ever. “Well, the fire is still burning! I’m proud that I have built a band with such strong energy, that’s lasted for a long time in spite of numerous line-up changes and obstacles in our way. We are still here and we create with ever growing consciousness and dedication. The energy speaks through us. Honestly, I think of the band as something much bigger and more profound than the individual people involved in it over any given period of time. I believe we create a channel for energies that surpass us.“ 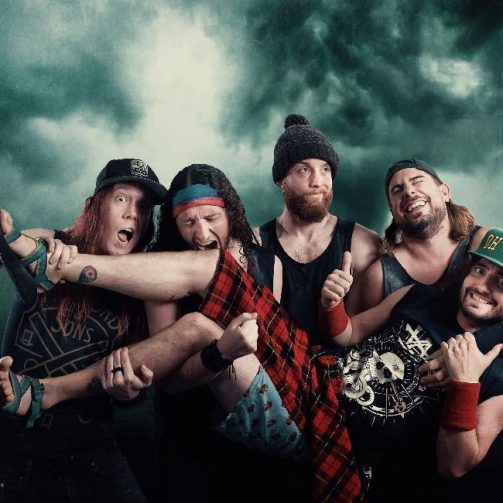