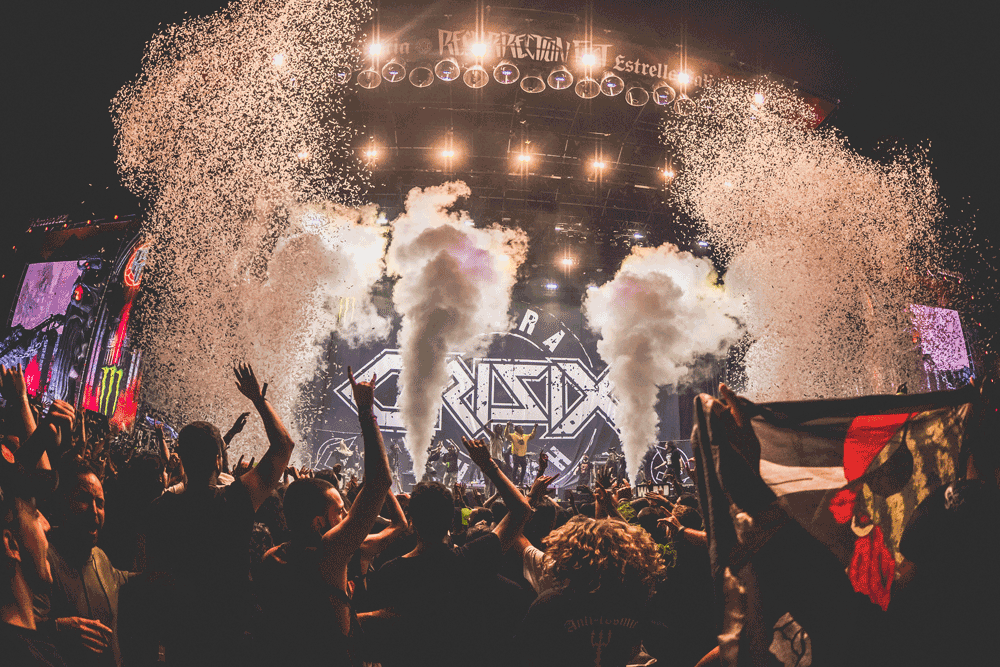 If the Pizza EP was an actual pizza, what kind of pizza would it be?

Right now we can say our Cover Artwork for the ‘Pizza EP’ it’s a reality materialized in this world. So far 20 restaurants all over Spain have licensed our Pizza and they’re selling it in their restaurants with the official Crisix Pizza Box. It’s incredible, a wet dream come true for a former pizza deliver like me. So we offer this pizza with two versions: the veggie one and the meat one. Both has a base of tomate sauce, some spices, mozzarella cheese, and the hot bbq sauce ‘World Needs Mosh’ all over in the shape of a Pentagram. This sauce it’s really amazing, I personally was never fan of bbq sauces but this company that made it handcrafted a recipe with really natural and organic products that is just Wow. So in the normal version we include  classic pepperoni, and in the veggie one we include mushrooms. This is the main thing. Then depending of the company they focused more in a extra thin dough Italian way, like in Can Pizza (Barcelona & Madrid) cause the cheffs were originally from Napoli… and you know, they are the kings of pizza. In other places like the great Galipizza in Galicia they went for a Chicago Deep Dish Pizza. Literally an explosion of cheese in your mouth. I love it too.

You sure tour A LOT! What’s the most challenging and the most fun part of being on the road all the time? How do you refrain from killing each other after being on a tour bus for weeks on end?

The funniest thing of being on the road it’s surely travel to new places along with your family. We’re like a family together and this is sometimes also challenging of course, but makes our times together special and remarkable cause we love each other. Right now after two years of pandemic restrictions it’s hard for me to say something to complain about touring, but after the contrast of spending so much time at home, I guess the challenge is to feel like home when you tour for weeks in a row. So when we embarked in our last two European tours after summer last year I found challenging to keep my good daily routines while traveling. It’s something I really wanted to integrate ‘cause the more time you spend on tour, the most likely you will end up physically tired, or mentally dazed at some point and these routines make me feel fresh and renewed. So I can say it’s important to take care of yourself when you’re out on the road for that amount of time. We want to put our 100% on every single show of the tour.

You are on a date with someone and they tell you the name of their favorite album. You immediately leave. What was the album?

King Africa. I hated that guy and I hated to listen ‘La Bomba’ on every fucking place.

Jonas Brothers would be the second red flag.

What is it with you and pizza? Also, I’m gonna sneak in another question (shhhh, keep it between us and I will buy you a slice of pizza and a pint to wash it down, ok?). You wrote a cookbook; what’s the story behind this idea?

Pizza is a deep universe, meanwhile I was starting with Crisix I worked in a pizza place delivering with my motorcycle. It was a funny time of my life and I really enjoyed delivering this delicious circle of heaven to costumers. I felt like I was really making happy people so it was contagious. From there, many years later, in 2021 we decided to write a song about it ‘No Tip For The Kid’ and from there we thought that would make sense to make a special EP release involving more songs in a culinary way. So when the Pizza EP idea was born, it was really clear from the beggining that this release would come out inside a Pizza Box. So when we had the pizza box the next question was: Why not making an official Crisix Pizza to eat? So from there we took it to a next level releasing spices and sauces, a videogame delivering pizzas and last but not least, a cookbook & Food&Tour diaries called Speed Metal Kitchen of Doom. Why not? We’ve travelled and we’ve seen so much world and cultures, and we’ve tasted so many different foods. Our fans would love to see a whole new perspective of Crisix tours, not just up on the stage but also on the table, what do we like to eat, what not, who is the sweet guy, who is the sour guy, touring anecdotes that we never explained before. I think it’s an unique ‘inside Crisix world’ that also will not just make you know more the personality of the band but also the culinary metal scene through clubs and festivals all over the world. If we had one opportunity to release something so special like this, that made sense to do it under the release of The Pizza EP, the craziest music release we’ve done so far. I guess when you release and album and the first thing you do is to book cinemas to watch the Pizza EP cinematic experience and release an official Pizza in 10 different restaurants in Spain, I guess this makes you think this release it’s gonna be something crazy and special. Then every crazy idea fits in.

What does the future hold for Crisix? Any plans that we need to prep our ears and stomachs for?

Of course! We’re preparing the release of our 5th studio album called ‘FULL HD’. This album it’s gonna be a total banger that will come out on 15th April in Europe, America and Japan that will follow 3 album release shows in Spain and 18 dates in France under the Hellfest Warm-Up tour across France between April and May. That will be very intense, but before the release, we’re preparing a warm-up with our friends in Insanity Alert in some weeks this March where we will tour 10 days across Netherlands, Belgium, Germany and Austria. Our schedule is getting busy with shows and for summer we’re already confirming many festivals like Summer Breeze, Hellfest Open Air playing mainstage before Kreator and Megadeth, and many more shows coming. It’s been a difficult season for all music scene in general, luckily this year everything starts to open globally, but last year 2021, all our team kept our asses working not just in the best music releases, but also in live concerts to make them happen. It really felt like going against the stream while everyone was so scared cancelling shows, but thanks to that effort we were the few lucky artists touring Europe intensively last year promoting our last release ‘The Pizza EP’. Talking about food we’re preparing special Crisix Pizza editions for some exclusive festivals, so people will be able to mosh and eat the best Crisix official Pizza. Perfect combination. Right now we have our official Crisix pizza only in Spanish restaurants available, but we will work to have in other countries in the future.

So this is one of my favorites, really easy, healthy and tasty. You really need killer ingredients for this one, tomatoes must be from season!

a little piece of bread

Prepare your vegetables and wash them. Peel out the skin of tomatoes and cucumber carefully, cut them into slices and put them into a blender pot. Cut green pepper and put out all the seeds. Cut garlic, add everything to the pot and blend it. Once it’s turning liquid, add the piece of bread, the vinegar and virgin extra oil with spices. Keep on shaking it and improve the taste by adding a bit more oil or vinegar.

Save in the fridge for some hours and serve it really cold. Especially during summer.

Thank you for your time and your love for our new book Speed Metal Kitchen of Doom! See you very soon!

Check out our review of their cookbook here.

Connect with the band here: https://www.crisixband.com/ 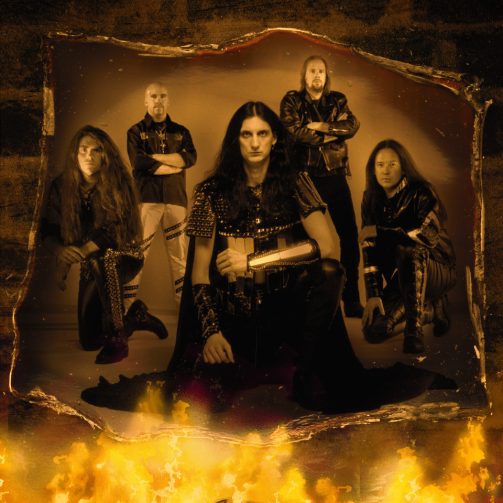