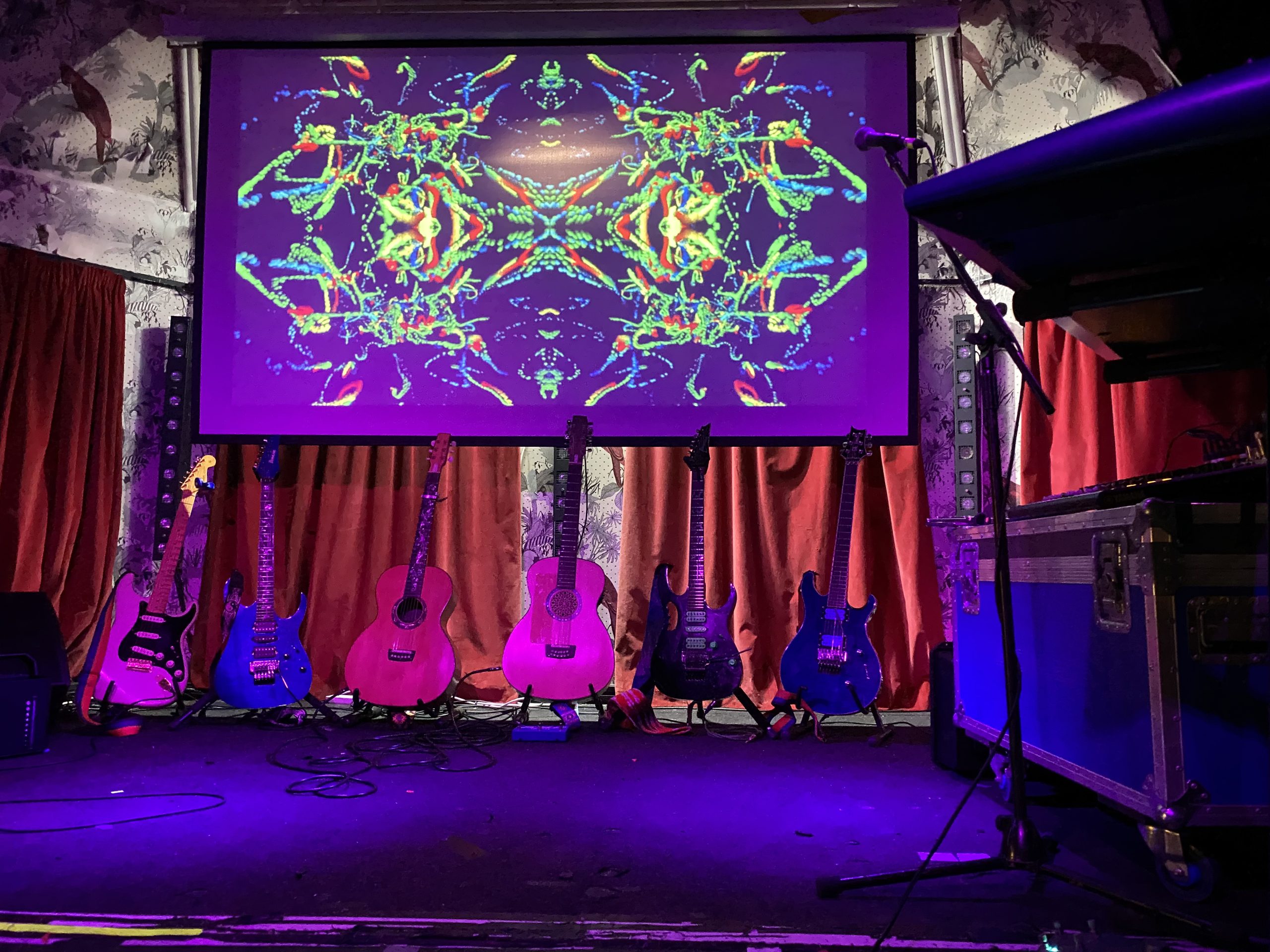 Some things are well loved because they cannot be replicated or replaced; Morgan Freeman’s voice is a great example. The recipe for pancakes. Falling in love. Your mum’s apple pie. Jaffa cakes. Lemmy. Things that are “what they are”.

Ozric Tentacles are another. Space Rock, Reggae, Prog, Hard rock, IDM, Psychedelia, even Trance all rolled up in a forever changing musical collective. Consistently at the helm of the good ship Ozric is Ed Wynne. And as if purely by chance he just happens to be one of the most talented and imaginative guitarists ever.

It seems like only last week we were in an iconic venue in the musical powerhouse that is the Northwest of England; that’s because it was actually only last week. You might save your pennies to have a fortnight on a beach in the Caribbean; we buy gig tickets instead. This time Sam and myself are back at the other side of Lancashire in Manchester’s delightful Deaf Institute to watch Ozric Tentacles perform in their “Electronic” incarnation. This means the bass, drums, and pads are all

sequenced in, leaving the “blips and boops”, live keys, and Ed’s quite exquisite guitar being played (and indeed improvised) live. Support is from Ozric’s own Silas, with vocalist, flautist, and guitarist Saskia. They give the new and improved sound system at the venue a healthy workout, get heads bobbing nicely, and she has LASERS COMING OUT OF HER FINGERS.

Things then take a decided turn for the weirder as Ozrics take the stage and launch into “Eternal Wheel”. With a massive back catalogue to go at, there’s something for every fan from then to sometime later when the set finishes with the massively fun, and technically astounding “Sploosh”. And when I say something for everyone it’s not lip-service. From Eastern Folk-tinged psychedelic jams and spectacular feats of deep Metal musicality (they do “Kick Muck” better than I’ve ever heard them do it before), to hard and fast IDM with basslines so percussive you could demolish tower blocks with them, to hypnotic deeply dropped Dub that would make a Brixton Soundsystem hide behind its mommy, and chilled pastoral sunshine and summer bliss. Aah…

And there’s Ed. He’s hardly changed since I first saw them live in 1989. Hair’s a bit greyer than I remember, and that’s about all. He still coyly thanks the crowd after every applause and cheer, he does that “wave one hand in the air” thing when playing hammer-on’s. And why not?

There’s also a small matter that needs addressing; he’s one of the most inherently and naturally talented guitar soloists alive today. Technically up there with EVH, Buckethead,and Dimebag, modality and structure in a style similar (and indeed possibly some way beyond) Steve Howe and Robert Fripp, and the flow and panache of Malmstein and Satriani. The “heritage” player he has always reminded me of though, is Frank Zappa. Yes, I’m old enough to have seen Zappa live, and most of our readers are not. Rough with the smooth eh youngsters! I didn’t have an iPhone until my 40’s.

I’ve seen Ed play probably 15 or 20 times, and he’s one of those guitarists who makes playing the guitar look so natural and easy you want to go home and put yours’s on the fire. Or instead give it to some kid down the street, and just dance your fucking socks off in a small venue. Or a tent in a field. Or just a field. Or just because. I’d do this every day 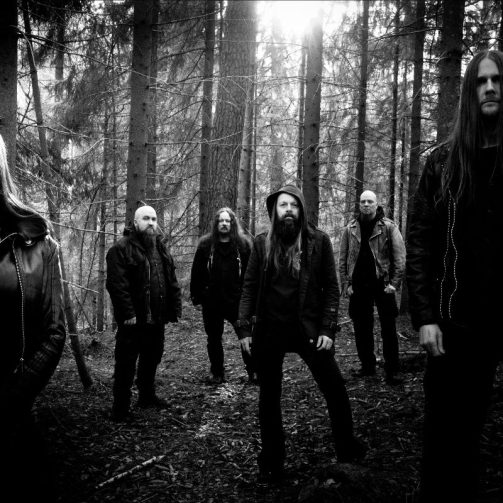 Shape of Despair | Can isolation and bleakness be beautiful?