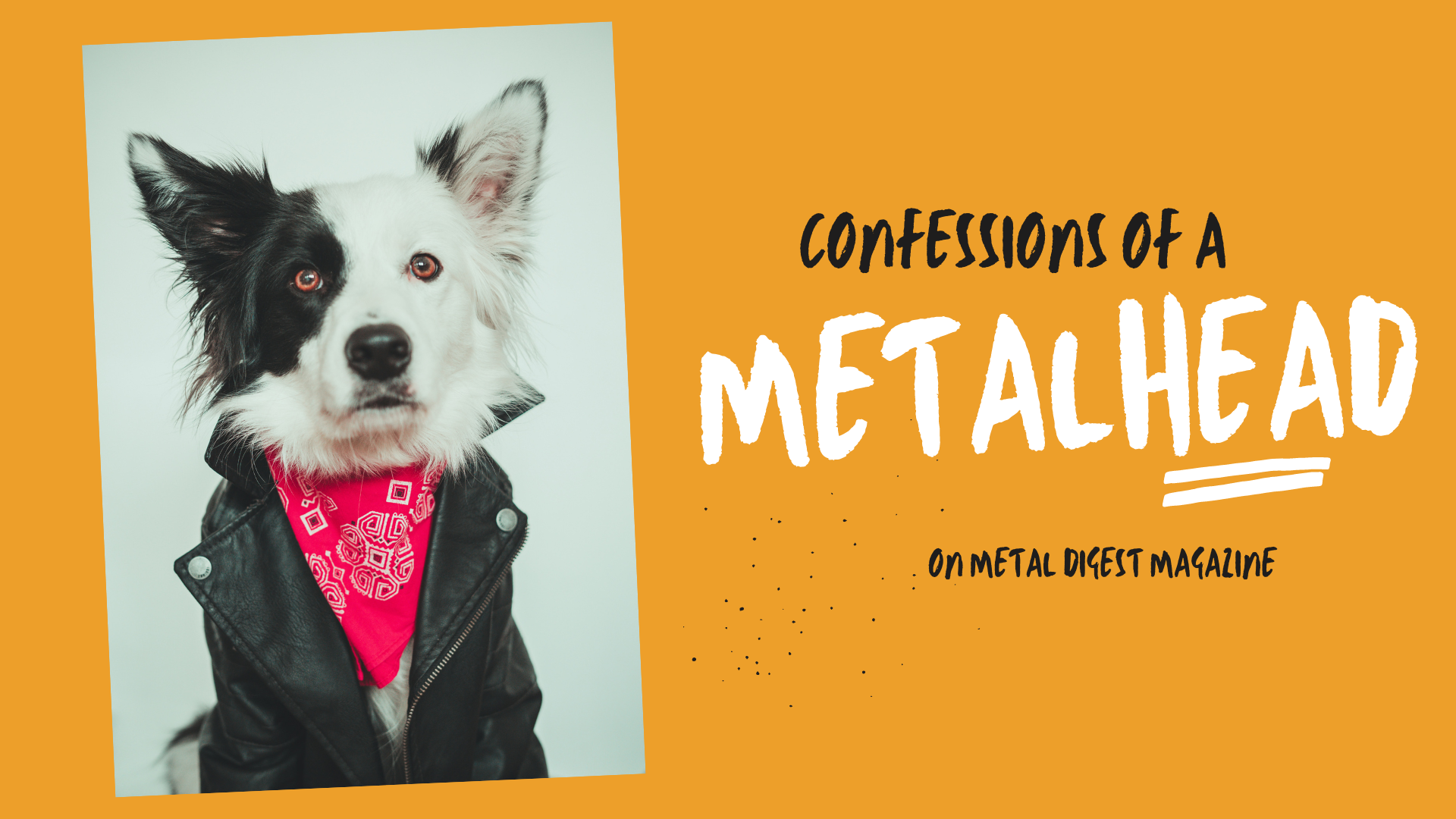 Confessions of a Metalhead | Valentine’s Is Bittersweet

Aaah… the 14th of February, Valentine’s Day, the day where social media goes into overdrive as people get embroiled into a competition of ‘who has the best partner’ gathered by how much material gifts they have been given. This is often composed of long-winded posts of how much the other person who means to them as if validation from everybody else on social media means something.

Sorry Jacqui who worked with me in admin back in 2008, I just don’t care about how your partner is the love of your life, I’ve known you for 14 years and this is the fifth love of your life in that time…

All this sounds like I’m being a grumpy old stick in the mud.

Truth by told, I have my own very long-term relationship, but I am also very private, and I choose to celebrate this corporate fuckfest of material consumerism by not engaging with it in the slightest. I have 365 days of the year to tell my partner that I love them, and the purchase of stereotypical Valentine’s goods aren’t going to change that:

Flowers: “hi, I’m a decapitated live creature given as a token of love, much like love, watch me wilt, wither and die over time until you throw me out”.

Chocolate: “hi, I’m very tasty, but like everything in life, I will quickly turn to shit, and you’ll flush me away”.

Teddy Bear: “hi, I’m very cute, but I’ll just sit on the side, gather dust and eventually, its very existence will annoy you”.

Anyway… enough of this cynicism, it’s even getting me down. But what about the people who are alone today? Those who because not having someone today makes them feel inadequate, that they’ve failed at life because they can’t take part in this corporate sham, not able to give or feel ugly because they’ve not received a card from a secret admirer? Well, this story is one of loss and some really dark points, but there is a cool song in it. Viewer discretion is advised.

Back in the early 10’s, I had a relationship break up and it was actually very messy. The other person wasn’t particularly very nice and had moved on in, how shall I put this, simultaneously and it shattered my already fragile mental health. This occurred in the January, so from there, it was really a countdown. That person seemed to be having the time of their life, partying, loved up, cosy and now engaged?!

Things were intense here and even now looking back on it, it’s like a fucking blur, the sort of wind rushing blurred peripheral vision you get when you take a load of speed and you’re standing still. I hadn’t actually done anything wrong, yet I was the one that felt the shame and guilt, my brain was victimising me for being awake and instead of going out and confronting everything head on, I sat on the side of the well of shame, the shamewell and descended down the ladder. Things were better in the dark and dank at the bottom of the shamewell, nothing to keep me company but the constant drip of water and my thoughts. It would say over and over again:

“you can no longer leave this place, you’re a joke, EVERYBODY knew, they were literally laughing at you, they were pretending to be your friends but really, you were just the joke… what’s the point, they’ll have just turned them all against you anyway, it’s you versus everyone… better to just stay here, it’ll be like you never existed… yeah… that’s a good plan, if you never existed, it’ll be like they’re delusional if they ever talk about you… not that they ever talk about you… you’re a pathetic worthless worm”

Anyone who has been in a similar situation will know these thoughts very well.

Sleepless nights, not hungry and disinterested in everything, can I play a video game? No. Because they took the PlayStation with your 100+ hours of ‘The Elder Scrolls V: Skyrim’. Wanker. At least I had ‘World of Warcraft’, log on… wander around… Nope, can’t be arsed with this shit.

Fuck… what did I used to do?

I don’t even know who I am anymore

I’ve gone so far down one path, I’ve lost all sense of me, who am I?

I’d become my own whipping boy and the mirror doesn’t even reflect me. I don’t recognise this person.

At this time in my life, I’d taken to wearing long sleeve shirts, they would hide the bloody messes that was my arms, the pressure would build up and up and the only way to release it was to take my work knife and cut at my arms like a tough old piece of meat. I would only leave the house for work, it was within walking distance, I’d put a hat on, pretend it wasn’t me, stare at the floor and in a sleep and food deprived hallucinogenic daze, I would wander to work, offer myself over to as much overtime as possible, if I was working, I wasn’t think about it and if I wasn’t thinking about it, it wouldn’t get to me…but I eventually had to go home… the cycle would begin again… however tonight was Valentine’s Night and it was going to get messy.

I went around to my mum’s place, under duress, she knew I’d be on my own and offered to cook dinner for me. Whilst there, she offered me a bottle red wine to take home with me. Why? Just wanted to get rid of it. On Valentine’s Night. Yeah, sure, give it to the suffering singleton on a self-destruct mission I thought as I went home.

Now, one of the only things I kept close during this time was music, it could help drown out the voices, the fucking mocking voices from my brain. I went through the usual albums I had been playing recently, ‘Ten’ by Pearl Jam and ‘In Utero’ by Nirvana had been getting a battering because self-loathing goes very well with alternative rock and it was getting louder the more I drank. Crap… out of red wine… cans! I have some cans in!

Sweet glorious European lager… your Dutch 8% will be blot it out, the music was in full flow and I had no intention of keeping it session, this was very much a: “if I’m awake tomorrow, it’ll be a mission fail”. Can after can, the music continued to roll. Fuck you everyone, I’m in control, very much in control, I’m like Nikki Sixx in 1986, I’m fucking indestructible and I’m a fucking live wire… and then the cans ran out… it was now late, the shop was shut and I had the dangerous combination of not tired, drunk and no more alcohol… except I did… there was liquor stash…

Except it wasn’t mine… it was hers… the one thing she hadn’t taken… she’d forgotten it because it was stashed. HAHAHAHA FORBIDDEN RUM! YOU’D STASHED IT FOR A RAINY DAY AND IT’S MY RAINY DAY! No mixer though…. Fuck it, I’ll drink it neat… oh yeah baby! Party back on! I don’t need anyone to have a fucking good time. I’m single and unwilling to mingle!

And the bands played on!

Sabaton, Grand Magus, Saxon, Visigoth, Majesty, Helloween, HammerFall I was drunk, I was punch drunk, I was punching my fist in the air and imagining that I was at my own personal festival and the bands were playing just for me! Actually, that would be fucking terrifying. Allen/Lande: “laaaaaaady of wiiiiiiiinter!!!”

This is the sound of my waking up from what can only be described as an autopsy.

Attractive, eh? How could I not be a catch?

Tentatively, I made my way over to the PC and flopped down into the chair. Too fast… too fast, dry heave. No puke. Good.

That could have been embarrassing.

What was last playing on the PC? ‘Bittersweet’ by Allen/Lande, yeah of course, it was the last thing I can remember is ‘Lady of Winter’ from the same album.

FUCK ME NOT THAT LOUD. CHRIST ON A FUCKING LOG FLUME THAT WAS LOUD

At this volume and my current very fragile state, I was able to actually take the lyrics in properly. I sat there and played the track again… and then again… and again… so fucking empowering. It’s hard to explain, but ‘Bittersweet’ by Allen/Lande changed my life forever.

I let it play again as I stood up, shuffled my way into the kitchen, I poured the remaining rum away.

Where’s the rum gone? Down the fucking plughole mate.

I’d had enough and I was tired. I was done, but this wasn’t a suicidal done, this was something else, something that I had never experienced before. For the first time in a long time, I felt the shackles loosen.

I put one foot in front of the other and a little step, metaphorically, I sat there on my arse in reality.

I reached for my phone and called the doctors, I need help, this has gone on for far too long.

Nothing was fixed that day, there was no moment of salvation, no angels or divine intervention and certainly no redemption or whatever bullshit people normally spout. But just listening to those lyrics in ‘Bittersweet’, they hit me in a way I’d never felt before. Something changed inside me that day, a serenity and peace, it was going to be ok, there was work to be done, a lot of work and I needed to find me again, I had to claw through years and years of barriers, walls and bravado to find that person again.

But, here I sit, still on my arse, it’s a different desk, PC and house and I’m comfortable enough to talk about these dark times. I still get dark and twisty, that will never change, but I know how to deal with it now and sometimes, I put that record on again and just remind myself how far I’ve come.

When I look in the mirror now, I still dislike what I see, yeah, of course, there’s more lines, I can’t see without my glasses and I’m fatter now, but I recognise the person (if I have my glasses on).

P.S. St. Valentine also covers plagues, so you know how metal is that? 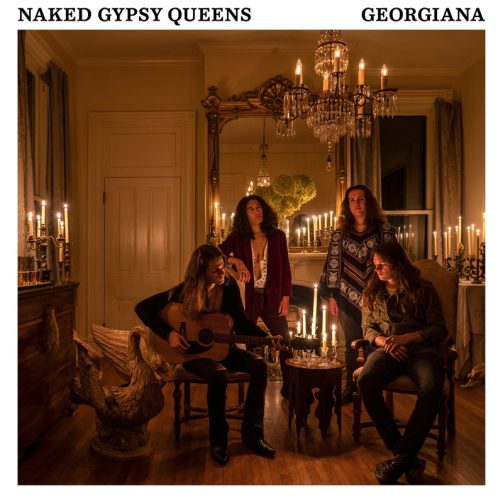