A late-night chat with Saxon

Bollocks to the Crown Jewels, Saxon are the real British national treasure, the band have flown the flag for British metal for over 40 years now and whilst we may have turned our back on them at times, Saxon never turned their back on us. Throughout those 40 years, Saxon have released album after album of incredible heavy metal, forever heeding the call to arms. This month has seen Saxon release their superb latest album ‘Carpe Diem’ and in celebration we sat down with frontman, the indomitable Biff Byford for a late-night chat.

“aah!” panic, sweat, anxiety, computer not working, audio fine, why is it coming through the speakers and not headset? The panic grows as a familiar Barnsley accent booms through:

“Hello? Can you hear me?” Quickly… think… improvise! Yes, phone, phone in front of the speakers! Record!

I reply that I can hear Biff loud and clear and promise not to keep him long as time is of the essence, it’s time to dive straight in and before eating away at the new album, it was time to get a bit of background as I ask what it was like to be back in the saddle and playing live:

“it’s going good, we did a couple of shows at the weekend in England, big indoor shows which went great, it was a long time waiting for it really, thousands of people kept their tickets for over two years and came to see the band and you can’t have better loyalty than that, what people did was just… exceptional”.

With all this in mind, the discussion turns towards the new album which was then due imminently and gives anyone reading this a time frame as to when this interview was conducted:

“we have, it’s out on the fourth of February, tomorrow in fact… and it’s called ‘Carpe Diem. Obviously, we put it together during the pandemic, an album which came out in adversity, it was positive, and we kept the energy levels high, so the whole concept was to get this new album up and ready for when we can do some shows. I got to spend a long time doing the lyrics because obviously, I had a bit more time with this one than you would normally have, so I was thinking about things a bit more, I got to think about things that happened back in the day and things that are happening right now. I think the last song I wrote was probably ‘Remember the Fallen’ which is about Covid-19, but I had alternative lyrics for that piece of music, but I went with it because for me, I think it’s important, when the pandemic started, a lot of people died, they didn’t know why they were dying and it was crazy, so I thought I’d write a song to remember them”.

It is here that I make a comment about how Saxon have never shied away from poignant material, mentioning ‘Kingdom of the Cross’ from 2015’s ‘Battering Ram’ with Biff replying:

“Yeah, you’re right because in many ways, ‘Remember the Fallen’ is a war song, it has been and it still is a war against this virus around the planet, so many people, so much money and so much effort has gone into beating this thing, it is a war”.

Today also marks the release day for Saxon’s latest single ‘The Pilgrimage’ so as a band which have touched every piece of soil on the planet, I thought I’d pick the bones with Biff:

“well, I wrote the song based around the word really, people go on pilgrimages all the time, definitely people go on pilgrimages to see bands… especially at a festival when you get thousands of people going, like recently, it’s been a pilgrimage to Manchester and London, especially during Covid times, it’s brave, but rock icons, for example, going seeing Hendrix’s or Jim Morrison’s grave , that’s a pilgrimage, going to see where your grandfather, great-grandfather died in the field in France, that’s another pilgrimages, they’re happening all the time. You know, when we get on the tour bus and we go off to our shows, that’s definitely a pilgrimage, we’re going to great places and in a way, it’s a bit spiritual, travelling to gigs… gigs are very powerful, and it gives everyone a really good feeling”.

With all this positivity, good feelings and energies being thrown around, I ask about the actual album name ‘Carpe Diem’ and why it was chosen:

“I chose it because it’s a positive motto, a positive message, seize the day, a positive thing for this time on the planet, take every day as it comes and make the best of it. I mean the song is about Hadrian’s Wall in Northumberland, that’s the basis of the song, but the meaning goes much further than that”.

This actually brings me on to my next question, Saxon are band which have covered lots of historical and mythological concepts, how do the band keep this fresh:

“if you write about the same things over and over again, that’s boring, but with history and general life things, it still means something today, I’ve written every lyrics that Saxon’s ever had, for me, it’s like being an author or poet when I write, I like to mess around with words, like carpe diem and pilgrimage and see where they go, but having more time with this album makes it a little bit more lyrically special I suppose”.

But the question is this, did Biff enjoy having that little bit extra to work on things?

“well, we did a covers album called ‘Inspirations’ and I did the Heavy Water album with my son, so I’ve managed to keep myself really busy as well as writing and producing the album with Andy (Sneap, producer), it was about turning a live act into a recording act and we’ve never really been that, we’ve always been a live act that records, it’s just slightly changed a bit, so we’ve put a lot of effort in, we had to really, in and out of pandemic lockdowns, bubbles, so we had to take some risks, but it ended up working really well and we’ve got a great team and none of that team were doing anything else but making a Saxon album, we weren’t nipping off to play festivals and Andy wasn’t playing with Judas Priest, it was a great opportunity and we didn’t waste it”.

Speaking of Heavy Water, I’ve always wanted to see how Biff felt about his son being a musician:

“well… I showed him a few guitar chords and things early on, but he wanted to be a drummer, I think he saw the film ‘School of Rock’ when it came out and that made him want to be a drummer, we used to live in France and that’s where he learned to drum, he used to drum in a bar band with his music teacher and my daughter played bass in the band, they’d play covers, Nirvana and AC/DC and although I was doing music, he wanted to be a drummer and I was like ‘A DRUMMER?!’, well off you go then, I mean, I can’t drum to save my life, but I do play guitar, so I was able to help with that and then he started singing and it went from there. But really, his music is not like my music at all, he’s not really had much success in his own band yet, they’re still working on that, but when the pandemic is over, I don’t think we’ll be doing that much together, probably not Saxon stuff, but we’ll do another Heavy Water album, but he’ll be off doing his own thing soon enough”.

This leads us onto success and what is success with Biff giving an interesting insight:

“success for me is having a following and you have to try and capture it either from somebody else or from the strength of social media, but my son is a great songwriter and he’s happy, I mean he’s a surfer, so anyone who can go out into Whitby and Scarborough waters in -4 has got something about them!”

On the back of this success conversation, we discuss Saxon’s legacy and their position in the heavy metal world:

“Well… you know, we’re a band which don’t like to rest on our laurels, we could easily make a living just playing ‘Wheels of Steel’ and ‘747’, but that’s not us, fundamentally, we’re songwriters and we’re storytellers and that’s our job… it should say on my passport, storyteller, but we’re a unit, we stand together, it doesn’t matter if one guy has 90% of the riffs on the album, it doesn’t bother us, we’re all about the album and not about the individual or personal things”.

Speaking of which, Saxon have just announced a UK tour for November where the band are playing venues that aren’t generally expected, so its time to pick Biff’s brains about this:

“well, the tickets are selling really fast, we had a presale on Planet Rock and O2, so if you can grab a ticket or you’ll miss a great show, Manchester and London were fantastic, really, really good shows. As for the venues, what people haven’t noticed is what we’re doing is a real 80’s tour, a lot of these venues we played in 1980-81, so it’s nice to go back to those venues… people haven’t twigged yet but places like Newcastle City Hall, we used to play all sorts of gigs back in the day, so that’s pretty cool… you know you can play big venue with the lights, the stage and PA there, but we wanted to take the lights and PA with us in the trucks, just like the old days, there’s more than enough festivals to live on, but we just like to tour”.

With that, it is time to bid goodbye to Biff, it has been a huge honour to talk to a real heavy metal legend who composes himself with humility, grace and dignity. Thank you Biff Byford and we’ll see you on the road!

Saxon’s latest album ‘Carpe Diem’ is out now on Silver Lining Music and Saxon’s latest UK tour is selling out fast, so get your tickets at all the usual places! 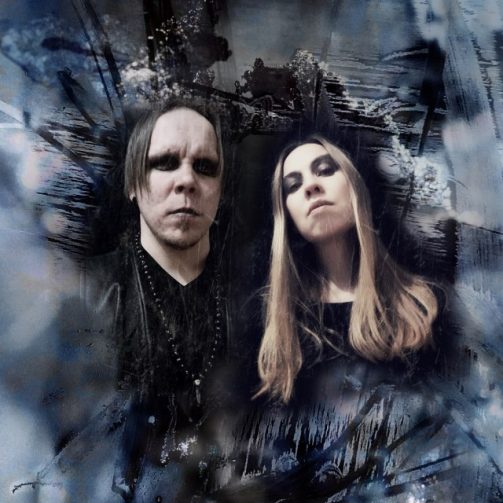