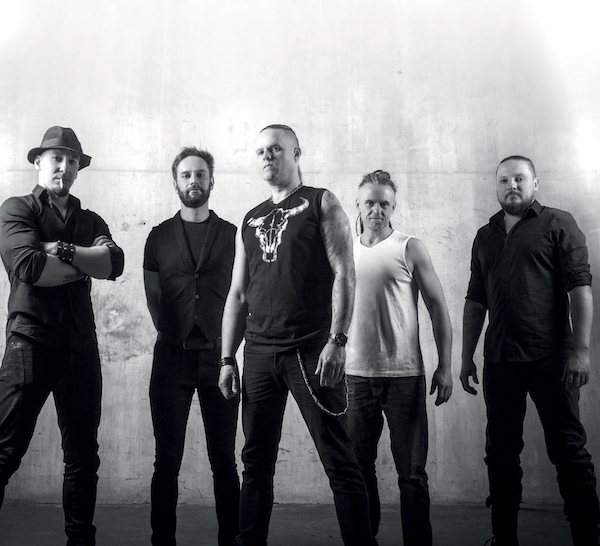 Polish rock/metal/punk combo BLACK RIVER – feat. BEHEMOTH bass player ORION and DIMMU BORGIR drummer DARAY – have released their new single ‘Crossover Love’ digitally, via Crusader Records / Golden Robot Records. “BLACK RIVER’s hard-hitting single ‘Crossover Love’ came together through the band’s shared anger at the state of the world; one in which people are starving, species are dying out, and in many places, there is nothing to breathe and yet the so-called civilization doesn’t care about anything other than earning money at all costs. ‘Crossover Love’ is ferocious, whilst not sacrificing melody and it drives BLACK RIVER into new territory.”

Metal Digest had a chat with Dariusz “Daray” Brzozowski, one of the most recognized drummers within the metal scene.

Rock/metal/punk, a healthy mix of everything. What would you like Black River to be known for?

You’ve recently released the hard-hitting single ‘Crossover Love’ which came together through the band’s shared anger at the state of the world; What kind of situations lead you to lash out in an outburst of musical anger?

A fucking pandemic that has totally closed the world. We couldn’t play the music. Touring for us was not only a hobby but also a job, all life. We were totally pissed off. The only way was playing gigs on a webcam without an audience, but this is a fucking bullshit. So we focused on writing new album.

What kind of musical equipment do you think is the ultimate luxury for a drummer?

The greatest luxury for a drummer is to have a drumtech that knows your gear better than you do. And when it comes to musical equipment, I have had the best equipment on the market for a long time, that is Tama drums, Meinl cymbals, Wincent drumsticks, and Remo drumheads.

Making it as a musician is hard work. Were there days that you felt like quitting? And what kept you going?

Every day I think about to quit the music. It is a constant struggle for survival. Nothing is certain in this business. You don’t know what to happen next day, next month. But at the same time, you can’t quit. It is like an addiction. It’s impossible for me to live without the music.

Daray, you’ve played over 1000 shows. Is there musician-life-hack to become unstoppable?

If you do what you like and you’ve sacrificed your whole life to it, this is probably the life-hack.

How has your practice changed over time?

It’s funny, but I still practice the same things. I have the same routines. Of course, now I do all that things more consciously and better. It’s like with sex for me now, maybe is less wild, but you have full control what’s going on 🙂.

You have an enormous fanbase. How do you keep your people engaged?

My fans have the opportunity to see me in various music projects. I’m a very active musician. I work a lot in the studio as a session musician. So you can hear me not only on the metal records but also with the band that are play more soft music.

Professionally, what’s your next goal?

Basically, I just want to continue the life I had before the pandemic. I can’t wait to be back on tour. Traveling, playing music for people, this is my goal. And I want to be more active in social media, but to be honest, I’m not a huge fan, I prefer real life. 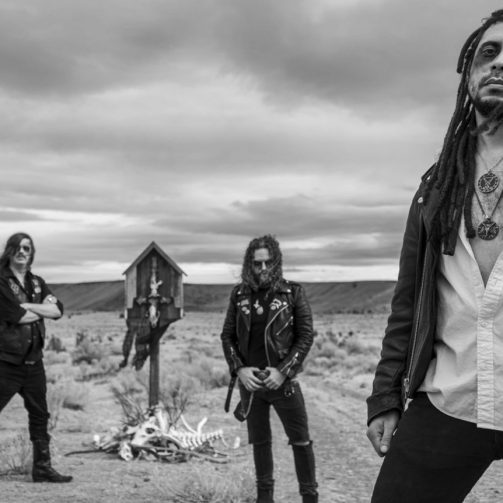 Bewitcher – Cursed Be Thy Kingdom