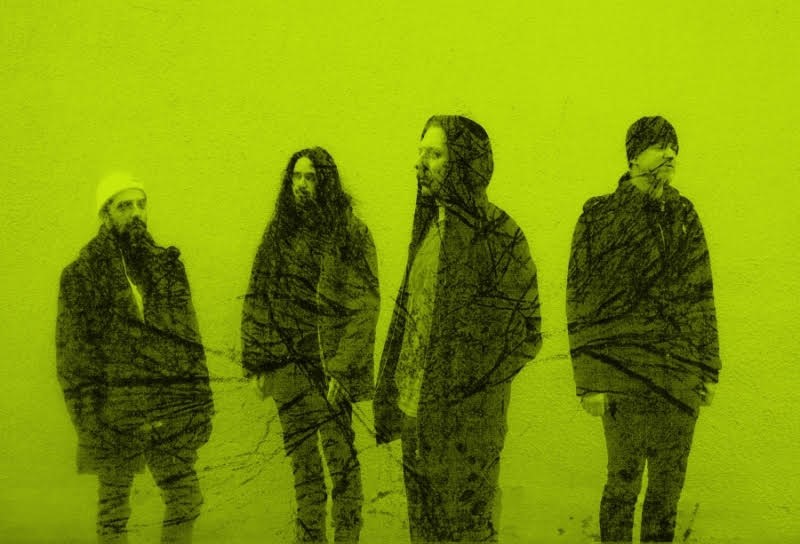 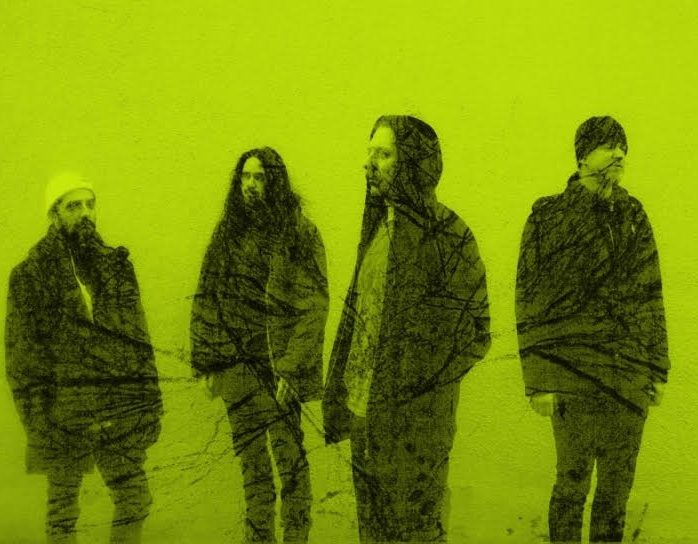 Swiss Post-Metal upstarts Abraham return later this month with a brand new album, following directly on from acclaimed 2018 opus ‘Look, Here Comes the Dark’ with a story set 500 years on from the aftermath of the former album’s ‘events’. Despite long-time members Mat and Renzo leaving to focus on new projects, Jakkob and co have returned stronger than ever, with 2 singles released so far that showcase exactly the kind of raw, bleak sound the band have long been praised for. We sat down to discuss thoughts and ideas behind the new album, and future plans and goals.

Welcome to metal digest! With the new album ‘Debris de mondes perdus’ just around the corner, it seems you’ll be starting 2022 off with a bang. With the raw sound of the singles so far, can this be seen as somewhat of a rebirth of the older, more abrasive sound of ‘An Eye on the Universe’ and ‘The Serpent…’, or do you see it as something new entirely?

Thank you very much for your warm welcome and best new year wishes to everyone at Metal Digest and to all your distinguished readers.

I completely agree that our new effort brings more abrasiveness, rawness and agression, both in the compositions and general sound, compared to our previous release. “Look Here Comes the Dark” was our personal endeavor at making a huge, epic and somehow baroque record as we wanted to create a space wide enough that allowed us for more experimentation in terms of sound and structures. It was part of our growing and exploring as a band, resulting in some of the most complex songs in terms of instrumentation and sheer number of instruments. We often had to recruit an extra keyboardist/guitarist to render a live experience as close as possible to the studio version.
In contrast, with this one we wanted to achieve a form of virtue through simplicity, which resulted in a somewhat harsher, shorter more incisive record. Although it was not our definite intention, this is why “Débris de monde perdus” can sound like a return to the source, to an “original” sound. In fact, this artistic direction feels like something new to us, because it is the result of our adaptation to the departure of Mat and Renzo. This left us with urge to aim for the simple and efficient. Bleakness and aggression being so dear to our hearts and natural for us, we were instinctively drawn towards the dark, just along a different path with different travel buddies.

The departure of 2 band members makes it quite an interesting choice to follow the aftermath of previous album ‘Look, Here Comes the Dark!’’s story. Was it difficult to write to a similar concept with different personnel or did it come naturally?

We do not follow a completely predetermined method for the composition of the albums, we always try do try something slightly different from the previous album. This means that the departure of Mat and Renzo was not especially problematic in terms of concept and the ideas came to life in a organic matter. We took what seemed negative events at first as an opportunity to do things differently, to show a form of resilience as a group of musicians but of friends at first. Maybe it even helped us not getting stuck into habits of the previous records and come up with something more original.
In addition, in order to maximise this organic aspect of the creative process and to underline the notion of group, we started to create this album by writing a small participative document describing everything we wanted for the album, in terms of sound, atmosphere and concept. Once the general concept was laid out, the main part of the work was done by Dave, I believe with some conceptual help from Jak, when he showed up with the texts and lyrics.

When you’re forming ideas for new music, do you let influences of other music drive your creative channels, or is it something that subconsciously forms in the finished product?

As noted before, the album is rather the destination of the directions we laid out in the first document.  Considerations of styles and genres come second, somehow as instruments to reach the desired goal. Performing in a certain genre, letting particular incluences is not a conscious process, it’s not a goal, but rather a way to reach the atmospheres or moods we wanted to express and convey in our work.

If the past tells us anything, it would be unwise to expect anything akin to a pop song on the new album, but tell us; are there any significant surprises in store? Something gentle and beautiful maybe?

In fact our next single will let our newfound K-Pop influences shine, expect something catchy! More seriously, you might have some cool surpises, not all 8 songs of the album are as aggressive as the first excerpts. You’ll be pleased to hear among the screams, some selected infectious melodies, courtesy of Dave Schlagmeister. As he took the helm of the Abraham-ship as the main vocalist, this is probably the record that allowed him to express his full potential vocal-wise. It displays, of course, a particular type of beauty, comparable to the glowing of a greenish and dirty diamond, forged in the deranged bowels of a dying earth.

Since ‘Débris de Mondes Perdus’ is all finalised and ready to go, are there already ideas for the next project bouncing around, or is it time for a well-earned relax?

Right now, we focus primarily on rehearsing for our upcoming live shows. We like to be as tight and comfortable with the songs to deliver qualitative live experiences. It’s also the occasion to try out our new line up, with the arrival of Steven Margo and the additional role of Dave, its a nice moment to fine tune some details in the perspective of live performances. Nevertheless, some ideas for the future are already boiling.

As a band creating music in a relatively narrow genre, do you see it as more a compliment or an insult to be likened to your contemporaries?

I guess it mainly depends to whom you’re compared! I find no problem in being compared to others. First, it’s often an honour to be compared to the bigger bands of the genre. Second it’s always useful to get some  directions to the potential listener. Finally, on a somewhat more philsophical note, nothing is ever created ex-nihilo, it is a rather romantic conception of genius to imagine someone can create totally original and out of the blue. There’s always some aspect that ties us to our influences and that is perfectly fine.

What would you say is the best singular moment you can experience as a musician, or as a member of a band?

I think I can talk in the name of everyone in the band that the live experience and the sharing of energy with the audience is by far our favorite part of the whole process. It is particularly gratifying as it really feels like the accomplishment of the whole writing, recording, publishing process, but mainly because shows are so much fun. Of course other moments of the creation are nice and gratifying in their own respect, in the end nothing compares to a cool show where the connection with the audience is great (and especially if you manage not to do too many mistakes).

Lastly, do you have any words of wisdom to pass down upon our readers?

It’s more of a benevolent advice. So if you want you and your family to be safe during the dark times to come, you probably should buy our next album and come to our shows, just to be completely sure. Our products are a sort of lucky charm and life insurance against the dangers of the apocalypse. Satisfaction is 100% guaranteed, so no refund. Until then, take good care of you as we wish the best to y’all sexy bastards.

Val on behalf of Abraham

Thank you so much for taking the time to chat with us, all here at Metal Digest wish you continuing success, and look forward to seeing you on a stage near us soon.Love and peace guys, Sam on behalf of Metal Digest. 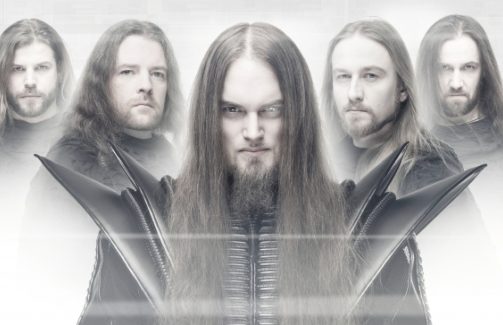