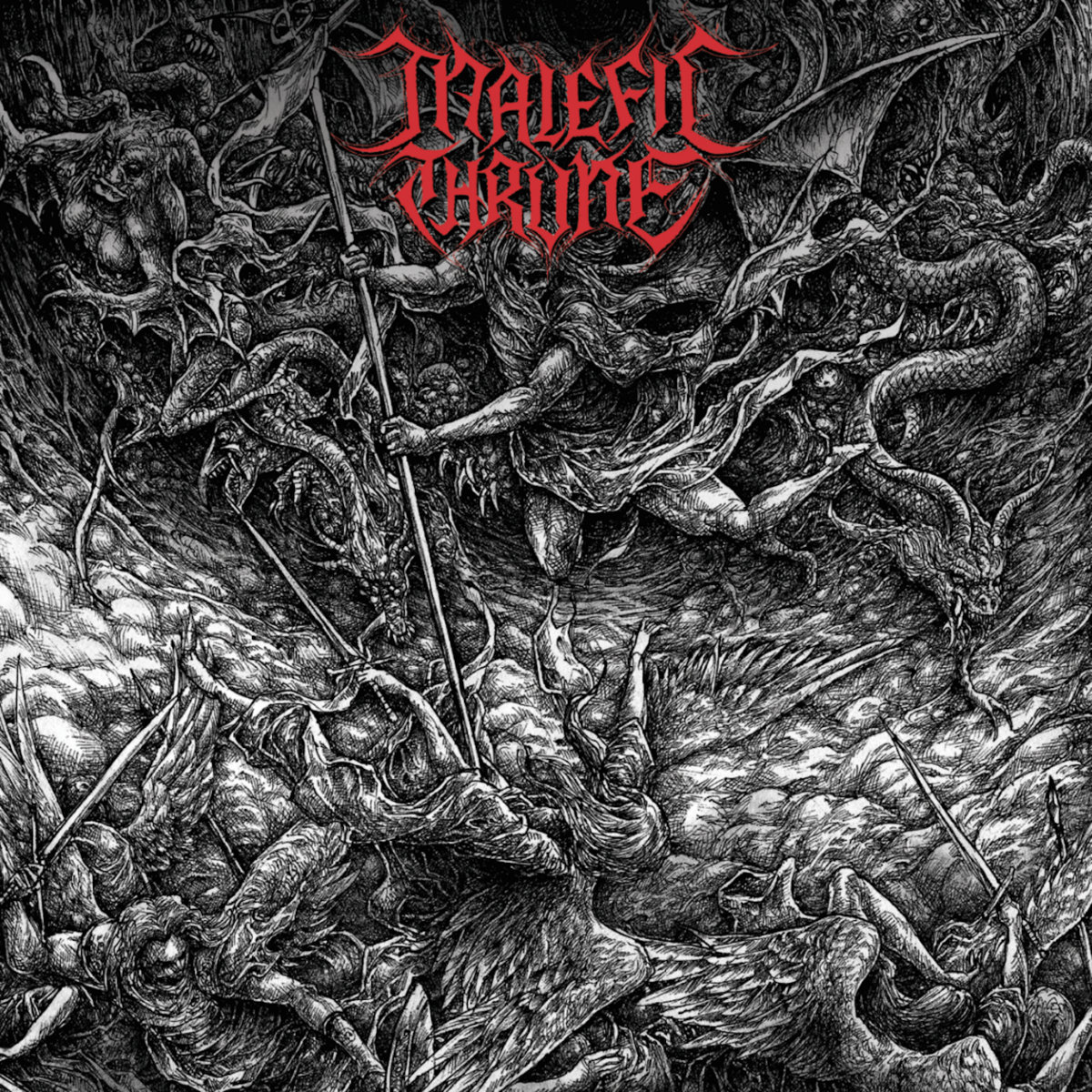 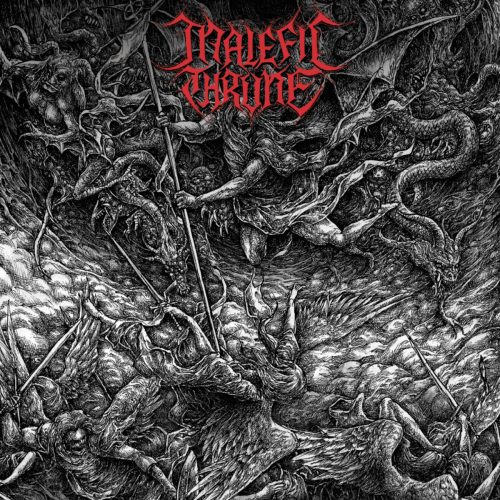 A beast emerges from the Everglades of Florida, spawned as the vile amalgamation of Morbid Angel, Hate Eternal and Angelcorpse as Steve Tucker, John Longstreth and Gene Palubicki join forces to create Malefic Throne who have released their eponymously titled debut EP.

Clocking in at under 20 minutes, Malefic Throne know exactly how to deliver an excellent showcase. This is the sound of seasoned veterans who are so well embedded in their sound that the listener would be wrong to call into question their pedigree. What ‘Malefic Throne’ delivers here are three excellent tracks of death metal (plus a Sodom cover) which would appeal to any fan of old-school death metal and why wouldn’t it? This is exactly what these guys do and have done for 30 odd years. If you’re the sort of person who likes to sit there and moan that this isn’t anything new, stuck in the past, then whatever, it won’t do anything for you, pretty sure there’s a new deathcore album and a box of Kleenex for you somewhere. This is death metal done in the way those pioneers, such as Steve Tucker himself, made it in that excellent Floridian style.

In fact, the worst thing about this EP is that much like a teenage fumble under the coats at a house party, it is over before it began. But this leaves the listener baying for more, so you know, hurry up and make that studio album.

"leaves the listener baying for more"
90 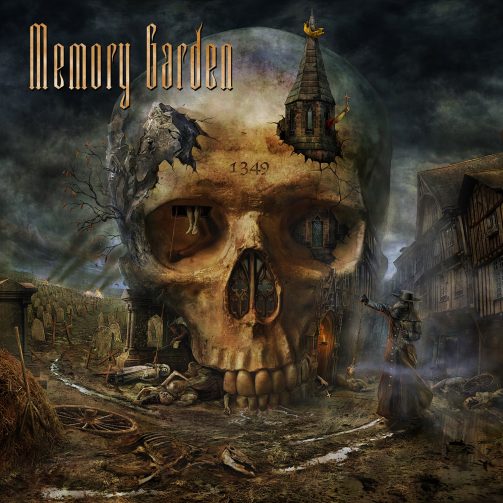