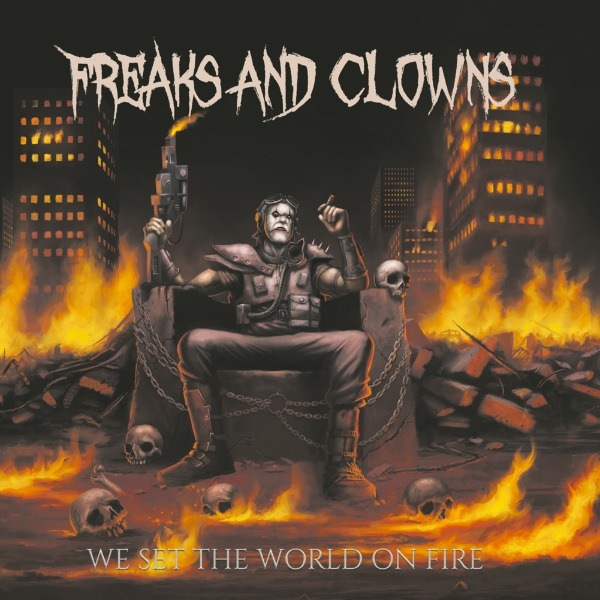 Freaks and Clowns – ‘We Set the World on Fire’

Astral Doors are a band which have flown the Swedish flag for classic sounding heavy metal with a Dio-esque voice for many, many years now. But what happens when those members of Astral Doors get together without vocalist Nils Patrik Johansson and create something heavier? Well, the answer is Freaks and Clowns who have released their third studio album ‘We Set the World on Fire’.

Freaks and Clowns may sound like the listener is in for some nu-metal Juggalo, ICP/Slipknot bollocks, but thankfully, instead what the band actually offer is some real old-school sounding heavy metal. ‘We Set…’ is an album which roars like 1989 never ended but delivered through a contemporary modern production which makes the whole very loud and very accessible… just the way we fucking like it. As an album, ‘We Set…’ doesn’t exactly sound like a Swedish album, there’s a distinctly Teutonic sound here, tracks such as ‘Scream Until You Like It’, ‘Fight Fire with Fire’ and ‘Toxic’ have the locked in, efficient sound of Accept whilst the plaudits here go to vocalist Christer Wahlgren who screeches like the bastard child of Udo Dirkschneider and Bobby Blitz.

Clocking in at just under an hour, ‘We Set…’ is a rather long album and some of the tracks ‘could’ have been chopped off to save some time, but all in all, this is a very enjoyable record with some excellent heavy metal tracks.

"a very enjoyable record with some excellent heavy metal tracks"
80 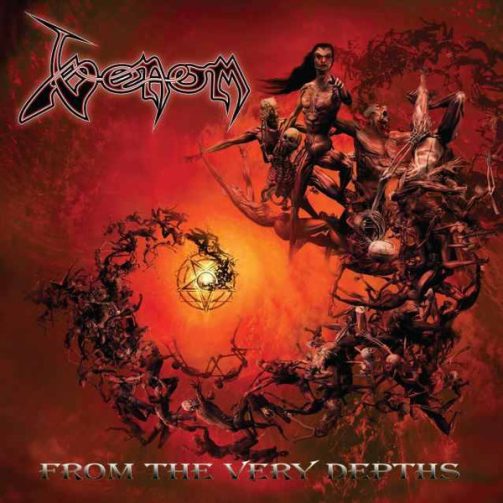 Venom – ‘From the Very Depths’