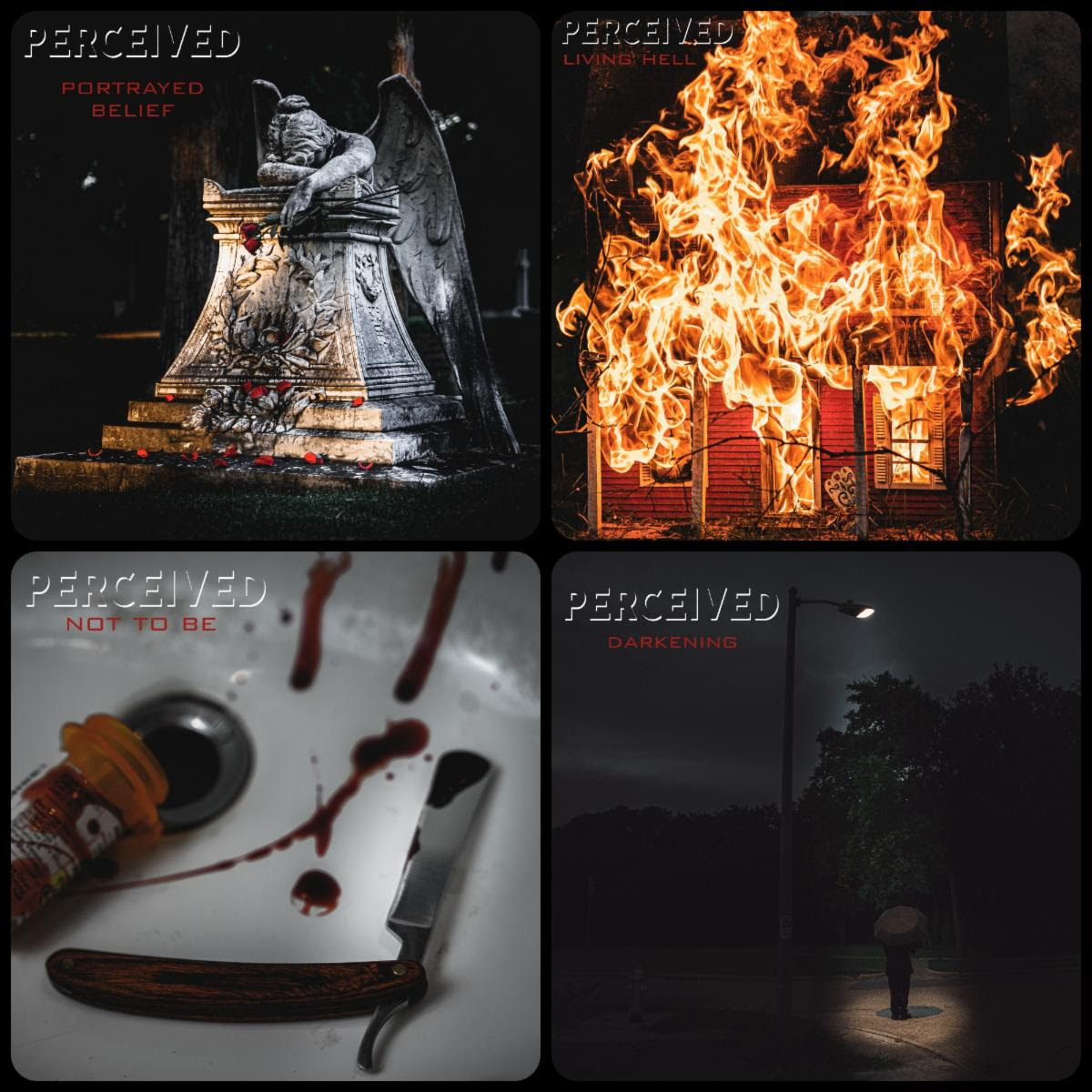 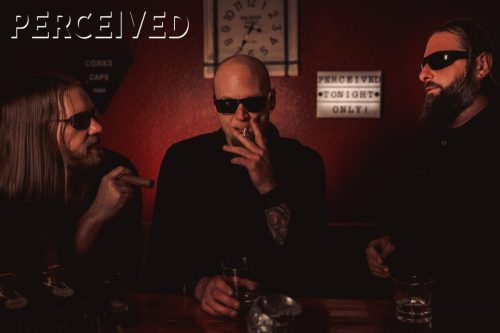 Dallas, Texas-based Perceived sure makes a lot of noise for only being three people. Their long-term friendship has translated into a tight-knit and highly engaging experience. Oh, and by the way, they RAWK! At first listen, they sound like a Metallica/Stained knock-off, but I am telling you now…put your nay-sayer hat up on the shelf.

Their songs generally start with a dark and moody acoustic guitar. Perfect tension builders and arresting from the first note, their use of acoustics makes the band’s sound uniquely their own. Once hooked, the listener is treated to an onslaught of metallic fury. A controlled fury, mind you. Sometimes pummeling, sometimes crushing, always captivating.

Standard song structures are injected with unpredictable smatterings of Tool-like Prog, traditional Metal, a wisp of Blues, and tons of all-out bone-crunching. Channeling a haunting fusion of Maynard Keenan and Aaron Lewis (Staind), Chris Bell’s vocal style may not be the most original, but it nestles in nicely with the band’s vibe. With scalpel precision and sledgehammer effect, these songs simultaneously kick ass and show off their virtuosity. A nice combo, quite honestly.

There is a real sense of artistry and dedication in their sound. Perceived will conjure images of familiar artists, but there is also a lot going on between the musical lines. Definitely worth checking out; I promise you won’t play it just once.