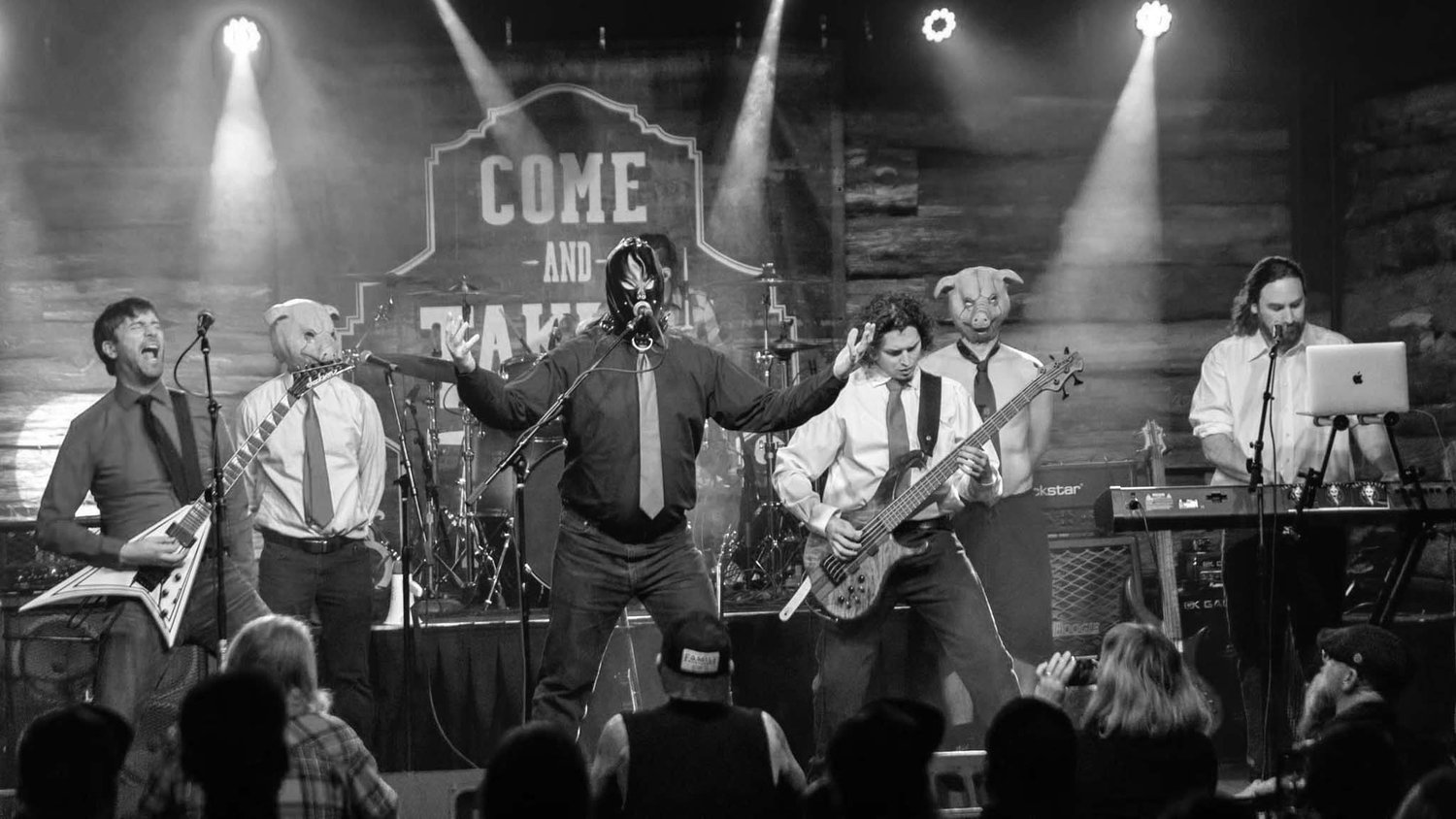 About A Good Rogering

About A Good Rogering

We’re a heavy rock band, but with an eclectic twist.

Like if Black Label Society, Megadeth, and Clutch got rogered by Type O Negative while Faith No More looked on with voyeuristic amusement.

A Good Rogering is akin to Spinal Tap in terms of drummers. Though no one has spontaneously combusted behind the kit, it’d been somewhat of a revolving door until Rom Gov assumed the throne in 2016, bringing his impeccable skills to the recording of our This Is Death Metal EP. Minus his McDonald’s cravings on tour, he’s pretty much the perfect bandmate and we’re glad to have him. Prior to Rom, there’s always been immense talent occupying the throne, from AGR’s original drummer Mike Molina, aka Mr. Nub, who co-wrote and recorded our first album Long Overdue, to Chris Farrell, who beat the shit out of the drums on Lifeblood.Another nugget is the band’s name itself. When my brother and I started the band with our buddy Blaine Matte, we racked our brains for weeks trying to come up with a memorable name. Then one day, after shooting down about a hundred ideas, my brother blurted out “how about we call the band A Good Rogering?”. I’d been to England a few years prior and picked up the term after being dry-humped by an excited Welshman who exclaimed, “looks like someone needs A Good Rogering!”. I was sick at the time and I guess he wanted to cheer me up. Anyways, we all said fuck it, and that’s how this band got its illustrious name.

We’ve opened for some of my favorite bands and biggest influences like Skid Row and Marty Friedman. I’ve also been featured in guitar magazines with my custom Tregan Guitars. But I think the biggest highlight will be the release of this new album. Working with producer Kfir Gov at Evil Snail Studios has really helped translate the original demos into the sound I’ve always envisioned for AGR, and with Sammy, Tim, John, and Rom in the band we can execute that full, layered sound live as well.

There are so many great songs I don’t know where to begin. Some of my favorite lyricists are Roger Waters, Jim Morrison, John Lennon, Tom Petty, Mike Patton, Peter Steele, Dave Mustaine, Rachel Bolan, and Axl Rose. That’s just skimming the surface, though.

Facebook and Instagram are probably my favorite ways to have my personal data harvested and used to market crap to me that I don’t want or need.

Watching football or going to the zoo.

Probably more live to play. When I’m not regularly creating, playing, or practicing music in some capacity I find myself feeling depressed and anxious. But I’ve also been a music teacher, session musician, and active member or gun for hire for many bands over the years, and it’s how I’ve made my living. I can’t really imagine doing anything else. Music brings meaning to my otherwise chaotic life.

I’d say first and foremost, be true to yourself and your craft. If you’re not inspired by the music you’re creating or playing, then nothing else from the business end of things is really going to matter. Also, seek out others who are as serious about a career in music as yourself and are willing to do whatever it takes to succeed. Seek knowledge and advice from those with experience and try to work with them. Craft and write the best songs you can and record them, as professionally as possible, with a good producer and engineer. Like everything else, a big part of success in the music industry is about having the right mindset so always try to keep your head up and on straight. Be humble, focused, and determined and good things will follow.

I’d pursue the same career, but would be much more focused on my own music and less involved with other projects my heart was never really into. Channeling the ideas and inspiration that appear in my head onto a record is a pretty mysterious and amazing thing. I feel it’s a gift, or a curse depending on the day, and I want to do as much with it as I can for the short time I’m on this planet. The career path of a musician is definitely a journey and not a destination, and though I’ve made a lot of mistakes and have some regrets, I’m very thankful for all of the people who’ve been a part of this band’s journey and am looking forward to what’s on the horizon. 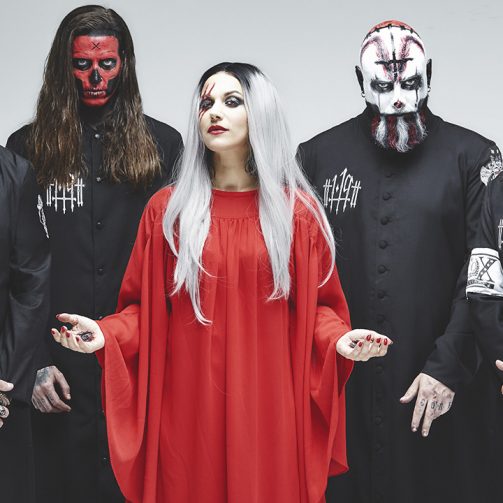 Lacuna Coil – ‘Live From the Apocalypse’