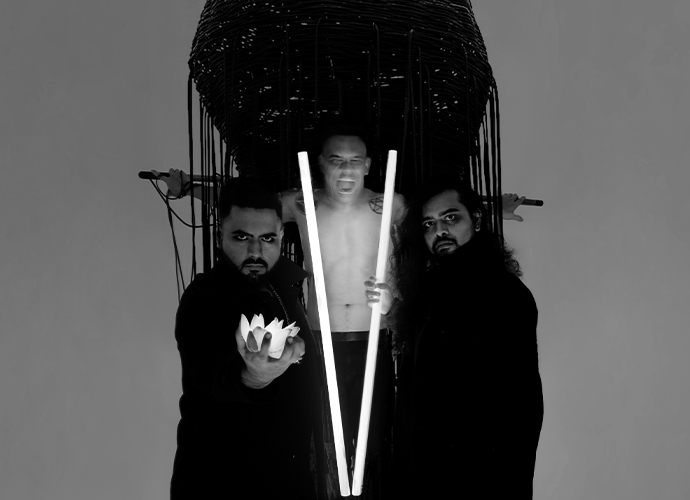 Questions on the Go | Mothflesh

Inspired by the state of culture and technology Machine Eater is a dystopian love letter written to the modern metal listeners who are exhausted by the sterile, neon-gated vista of the perceived future.

Mothflesh’s interpretation of the state of aggressive music is a battery-powered monolith built upon the bedrock of Death Metal and propelled with the artery pumping
surge of Modern Hardcore.

We got to ask MOTHFLESH a few questions on the go.

Modern Metal from the Third World

We’ve got an album launch for our latest release Machine Eater in our home city of Kuala Lumpur with some of the country’s finest hardcore and metal bands coming up in February, and if the Omicron virus doesn’t kill us all, hopefully, a domestic tour. And if things look better by this year, an international tour within Europe is in our sights.

Surprised at first because it’s quite rare to get metal bands from Malaysia so we do believe that we’ve got a fair bit to prove. And I suppose the next thing is to just embrace the journey; Machine Eater doesn’t pull its punches, we’ve made sure that the ratio of complexity, groove and speed is optimal for you to start collecting speeding tickets on the highway.

We formulate our groove-oriented riffs from bands that are similar in nature with Fear Factory or Decapitated with technicality drawn from the classic tech-death monsters like Necrophagist and Dying Fetus. As of late, we’ve been influenced by Whammy-Driven bands like Car-Bomb and Twelve Foot-Ninja and incorporated elements of that in Machine Eater. As for the melody, resident 7 stringer Maddog, finds his roots in virtuosic metal guitarists such as Jeff Loomis and Keith Merrow and his solos in songs like Cyberpsycho or Myriagon are pretty reflective of that. Our vocalist, Imran draws his vocal roots in early bay-area thrash metal like Exodus and Overkill. Over the years, he’s built upon his style by borrowing some vocal elements from Phil Bozeman of Whitechapel and the ubiquitous Corey Taylor. Bassist Eze draws his compositional influences from 90’s groove-oriented bands, especially Deftones who strike the right mix of melancholy and intensity. Stylisticaly, he’s greatly influenced by contemporary progressive metal bassists like Nick Schendzielos, Even Brewer and the recently deceased Sean Malone.

Probably someplace exotic like Turkey or Korea. We’re highly influenced by the art and media around us and it’ll need to be a place that can equally inspire us and also be able to appreciate the art we give back.

If you instinctively bob your head to it and go wow, I totally did not expect that to happen..or I did…. but not like that. In an album setting, we’ve prioritized the playability of the song first. It’s got to be able to be performed live and moreso, we’ve got to enjoy playing it. If it’s a song we collectively look forward to bringing to the stage, we know it’s going to be a song that’ll be published.

We’ve experienced everything from being extorted by foreign authorities to arriving late to an international festival because someone decided to set a forest on fire and subsequently delayed our train. But a memory that we look back to fondly is when we played in Cambodia which has a pretty blossoming, but nascent metal scene. We opened for an international festival which was organized to be somewhat like an Asian South by Southwest, but they booked the venue at a fine dining restaurant at a relatively posh part of town. As we took the stage, the diners had a few confused looks on their faces, especially since we were dressed in our staple metal stage attire – there was even a family celebrating their son’s birthday who assumed we were performing for him. After 20 minutes of confused looks from the diners, the electricity in the whole venue (which is the restaurant) got cut by some residents nearby who were complaining about the noise we were drawing to the venue. It was probably the most ostentatious place we played, but it never phased us – we’ll play anywhere to anyone.

“A decade of Metal in two albums”

Our first album which was released in 2019 was our debut mishmash of several different genres ranging from Thrash Metal to Melodic Death Metal. Hell, we even had some nu-metal influences thrown in there. After releasing our single in Skyfather, we were able to home in on our sound and Identity. With Machine Eater, we were able to develop an album that captures the zeitgeist of modern metal and incorporate our South-East Asian characteristics into it.

Maddog just purchased an 8-string guitar so that means one thing. We’re going heavier. An EP is probably going to be in the works, we like to keep our releases consistent with a release of a single or EP every year. It’s a great way to highlight our creative headspace as a unit and engage our fans. Music is constantly evolving and presently quicker ever than before – in some sense, releasing music at an annual rate keeps our finger on the pulse with the state of music and technology. Beyond our musical goals, we’d like to explore the possibility of being one of the few Malaysian metal bands to be able to tour Europe comprehensively and share music from our little corner of the world. 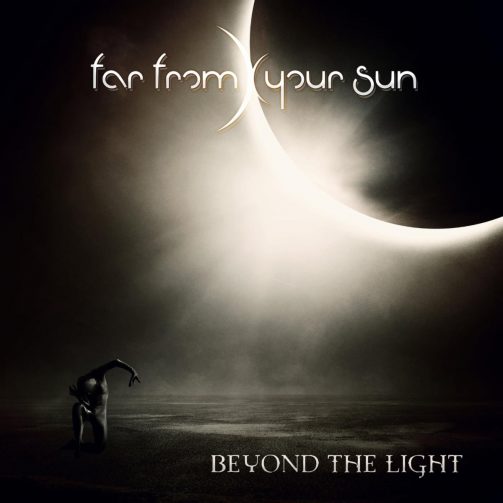 Now Playing: Far From Your Sun – Beyond The Light