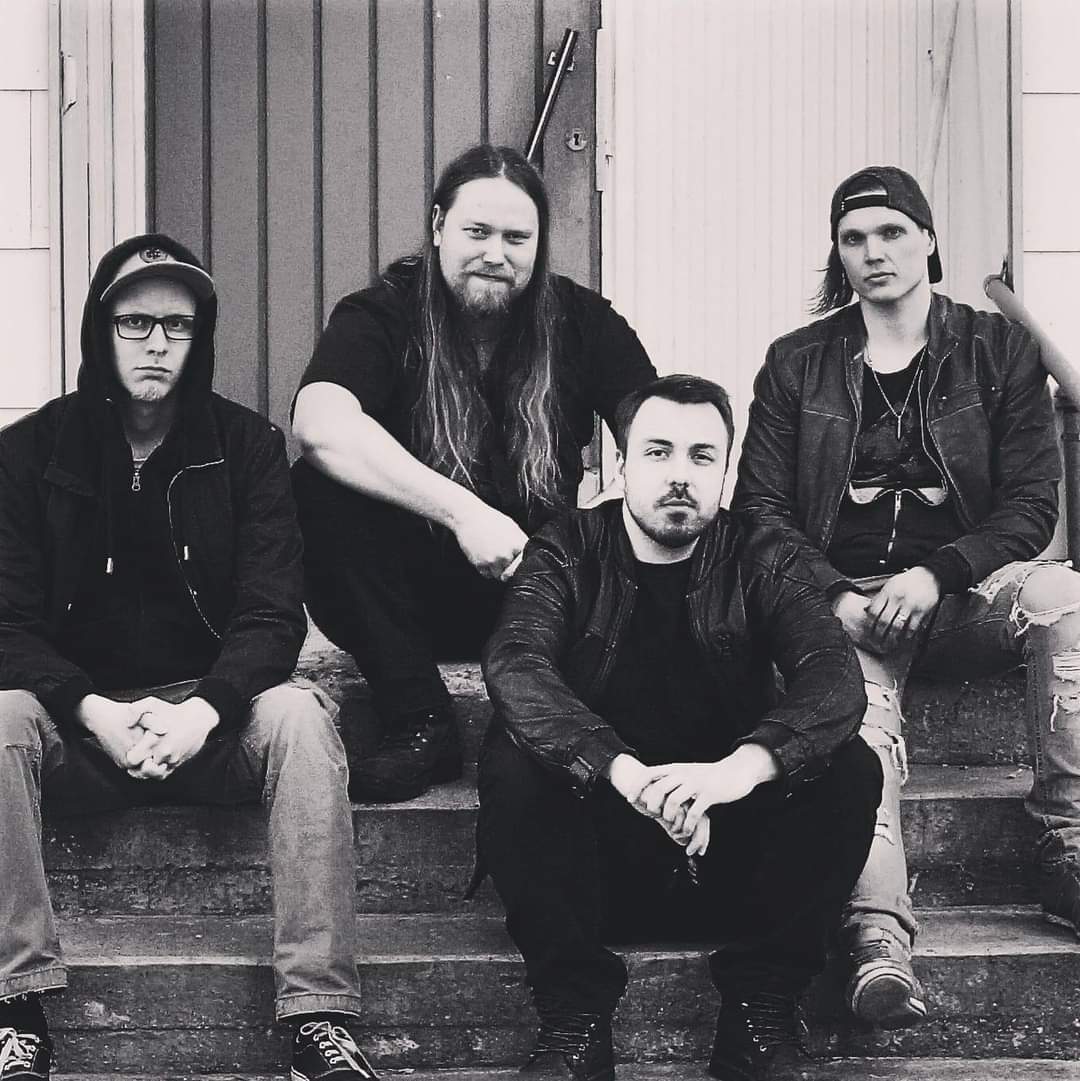 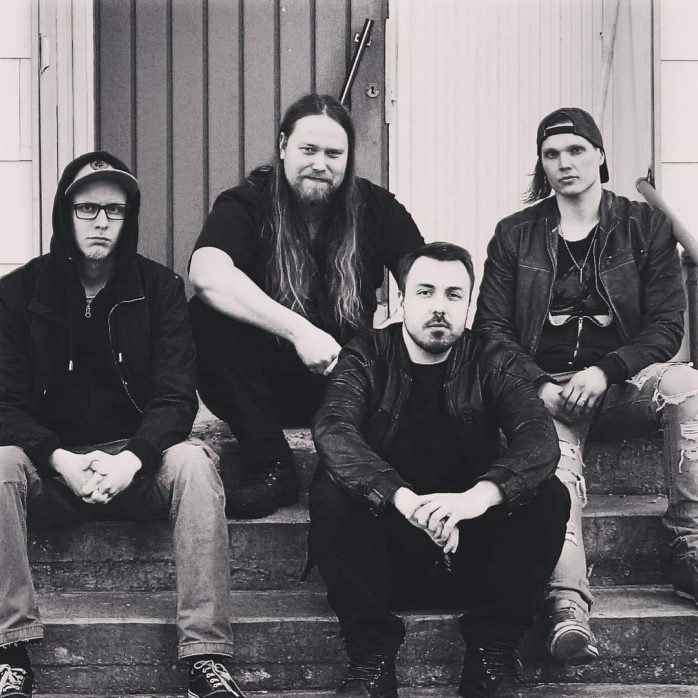 ‘Sinisten puiden niitty’ is an album which bears itself like weeping wounds from opened veins, where the ichor that spills forth pulsates in synergy to the emotions that clings to one as life recedes. For Finnish Black Metal newcomers, I Helvete, have manifested the virulent strain of human emotion into that of sound where their debut album is concerned. I recently had the opportunity to conduct an interview with the band, to you the reader, may the words you read entice you into exploring the depths in which their music provides!

Hello! Welcome to Metal Digest, I am very much pleased to host this interview with you folks on behalf of the zine, so let’s get on with it..shall we? Firstly, how have you been? You recently released your debut, ‘Sinisten puiden niitty’ which roughly translates to ‘Meadow of Blue Trees’ ( forgive me if I am wrong), so do you mind walking us through the conception of the album? What was the spark which ignited this creation?

Hello and thanks for asking for an interview! ”Meadow of blue trees” is correct translation in english. Actually ”Sinisten Puiden Niitty” is also a translation. The original idea comes from japanese suicide forest ”Aokigahara”. The album tells a story of suicidal journey so the name describes it very well – even that mostly no one knows what does it means. Before any notes were written, I already knew that this will be a concept album. Dark human mind was something what I wanted to search this time.

Seeing you all are a fairly new band, for those who may not be acquainted, what is the core philosophy of I Helvete? For as a vessel, what do you hope to fulfill through your music? In addition, if you were to recommend the ideal listening experience to one who is about to hear your album for the first time, what would it be in your own words?

First of all we were just duo (Me – Aleksi Mäkelä the guitar/vocalist and drummer Teemu Koski) and we made an EP 2018. I wanted to write music totally myself and seek if I can growl. EP got very good feedback so we started being a full band in 2020. I had written new songs and we went to record those in spring 2021 with bassist Tapio Holappa and guitarist Manu Kujala. So we have grow from a side-project to a serious band.

From my listening of the album, one thing that stood out to me ( in a positive manner) is the atmospheric composition of the riffs, especially with the ability to shift it’s tonality between somber and aggression, like the track ,’Hirsipuu’. So my question is…regarding the crafting of these riffs, could you give us an idea on the blue prints of the musical side? Regarding the atmospheric side, would you say that the emotional content of the music takes precedence over the complex patterns?

I think this question describes very well, what i Helvete is. I think the atmospheric elements are the main point of our music. I like brutal and progressive stuff but the main thing for me is always the touching moments. Also the lyrics follows the atmosphere very well, so now everyone go learn finnish!

One of my favorite aspects on the album is the vocal patterns implemented,for it follows the same flow as the musical elements, evoking a myriad of emotions. Upon the album, several variations are used ranging from a type of spoken word to a more harsh tone, what was the artistic decision behind contorting your voice to these effects? What was the aura you were hoping to conjure with the vocals? In addition to this, I am very keen to know who you would deem as your vocal inspiration regarding your voice and the range that comes with it.

Exactly. Well I have always enjoyed extreme ways to express yourself. I tried to do high pitched growls but this time it sounded more like hardcore punk, hah. Spoken words and choirs gives a contrast to the songs with being a little bit ”softer” so after those the growls sounds even more powerful.

I think it’s not surprise that my vocal inspiration comes mostly from Dani Filth.

Seeing as you originate from Finland where your Black Metal scene is legendary ( in my opinion) with titans such as Behexen and Archgoat, did any bands from your own country help cultivate the idea behind I Helvete? Also, from your point of view how would you describe the Black Metal community in Finland?

Haha, I think there is a lot of people that would hate seeing us being mentioned under a word ”black metal”. Well, I think there is huge amount of bands that has influenced for us. And I think most of them are modern black metal or melodic death metal – or something between. To name few finnish bands, I would say Vorna, Paara, Marianas Rest, Kaunis Kuolematon, Oranssi Pazuzu…

We have no idea about a black metal community in Finland. We are not ”inside” this scene. We are just a regular band making this kind of music.

You recently (as a single) covered ‘Twilight of The Gods’, originally by Bathory, what was the driving force in paying homage to Bathory? Also, from your view point how would you philosophize the genre of Black Metal, in other words, what exactly does it mean to you as an artist?

For me Bathory was one of the biggest influneces in teenage. They have such a epic songs and we wanted to make ”Twilight of The Gods” to sound this century. This song is also one of my favorites from them and it was not covered very well before.

For me black metal as genre includes a lot of great music. I think black metal, especially the atmospheric one includes the greatest travels with different elements. Like… you never know what to expect from the long atmospheric black metal song. But it is just a genre with other genres. It’s not a life style or anything else than music for us.

I don’t mean this as a negative ( so forgive me if it may come across as such) but the artwork for your album, in my opinion, it possesses not that Black Metal aesthetic in which one expects, but it still aligns with the emotional output in my opinion, would you mind explaining the choice in choosing this art as well as it’s depiction through your eyes?

Well, we don’t identify us as a regular black metal band. I think we have melodic death metal elements almost as much as BM. Anyways, the cover art is a hang man’s game. The question is, do the character find a way to a solution or will he be hanged? That’s the main question with the album. We also want to stand out from the crowd and do the things just like we feel it. I don’t find any sense of doing things like everyone else.

In winding down in this interview,what exactly was the feeling of finally seeing your ideas come to fruition in the form of ‘Sinisten puiden niitty’ ? Also even though it may be too early …are there any plans for new material?

We have been very satisfied for the result. Of course there is something in recording and mixing that could be done different afterwards, but I think it’s always like that. You will never do an album that would sound a perfect for you. Or if you do – the something wrong in your reflection, hah. We have been bit surprised how much people have reacted to us and shares our songs in social media. Also our t-shirts have been sold very well.

Actually just last weekend we went to play together with Tapio to make new music. Right now there is 7-8 unfinished songs. I was expecting next album to come 2024, but right now the situation looks much more promising.

In ending the interview, I would like to thank you for taking the time to have the patience in answering these questions. It was my pleasure in creating them,so I shall leave the last few words to you…anything you would like to say to the readers?

Thank you everyone who readed this and hopefully checked also our music! Follow us everywhere listed below to not miss our future releases. 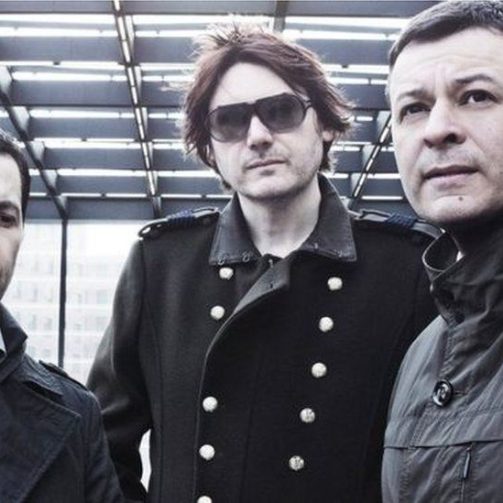